ALBUM REVIEW: “I Love You, Dude” by Digitalism 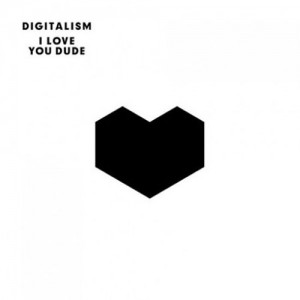 Digitalism returns to the electro-rock scene with their sophomore effort I Love You Dude, a record that sounds like the seasoned product of an epic German bromance united by the common love for dance music. On Digitalism’s second album, the Hamburg duo of Jens “Jence” Moelle and İsmail “Isi” Tüfekçi continues to clash aggressive rock with dirty electro with a style similar to Soulwax, but with more of a club oriented approach. Transitioning between dance floor bangers and heartfelt ballads, Digitalism balances crunchy-electro beats with pop vocals to create a carefree sound reminiscent of Daft Punk’s glory days.

After touring the world riding the success of their 2007 debut Idealism, the duo display signs of maturity on their second record by mixing a variety of musical styles to produce a diverse album with street approval yet mainstream appeal. Thumping baselines laced with catchy melodies and lovely lyrics define Digitalism’s sound refined with the help of The Strokes’ frontman Julian Casablancas, who co-wrote “Circles” and provided the vocals for the track “Forrest Gump.”