“Hush” by The Limousines 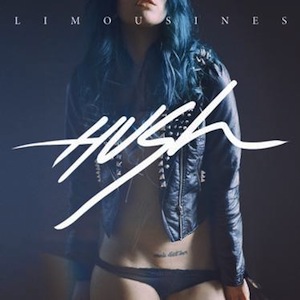 The Limousines’ sophomore album, Hush, is one of those awesome Kickstarter success stories. Back in August, 2012 the San Jose duo was hoping for $30K from their fans and by the end of the campaign they’d more than doubled their goal, snagging a whopping $75K in 28 days. A pretty impressive number proving their devoted fanbase craved more.

Being mega supporters, we in the nest have been anxiously waiting for the arrival of Hush so we were a little disappointed with our first listen, but by our third, Victorino’s gritty vocals and Giusti’s creative synthy soundscapes sucked us into a deep hole we’ve not yet been able to crawl out of. Hush lacks the child-like feel-good fun that its predecessor, Get Sharp, embodied but is that a problem? Absolutely not, but the lack of spastic energy played with our emotions and taught us a good lesson in expectations.

After spending time with Hush we discovered that this album is more mature, more refined – it’s darker with slightly slower, groovier, dance jams that paint a sexier landscape. And who doesn’t like sexier? When we asked lead vocalist, Eric Victorino about Hush he responded, “We didn’t set out to have fun, I mean, we didn’t stop the fun if it started, but the goal here was to pay homage to the sexiness of a lot of the ‘90s shit we grew up on – from Ace of Base to Nine Inch Nails. We were just pouring a lot of who we’ve become into this record. We’ve grown up a lot I think… I hope.”

If you’re looking for a Get Sharp Part Deux, you’re not going to find it here. The sexiness of Hush stands on its own impressively and will be hot on our rotation this summer.