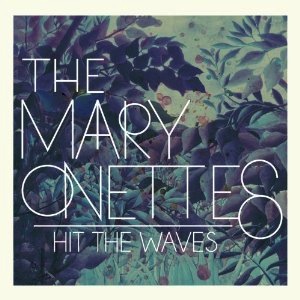 Hit The Waves is the Mary Onettes’ triumphant new record, full of engaging synth washes camouflaging bittersweet lyrics. While synth-pop is sometimes given short shrift by critics, Hit The Waves falls neatly into a continuum stretching back

to Heaven 17 and The Fixx, while nestling snugly on current playlists between the Shout Out Louds and Wild Nothing. In short, this is what should be on heavy rotation at what’s left of commercial radio.

It’s soaring, evocative music, with a mysterious intro of echoed children’s voices and wordless vocals giving way to the opening salvo of first single “Evil Coast” and the title track, frontloading the record with uber-catchiness. Underneath the bright and shiny exterior is a good old-fashioned heartbreak record-hopes dashed, dreams denied.

While sometimes lyrically too clever by half, “Don’t Forget (To Forget About Me),” it’s ultimately the juxtaposition of sunny music with dark lyrics, “Can’t Stop The Aching,” that’s their saving grace. Bringing things full circle, the pensive final track, “How It All Ends,” stands up to the brilliance of the album’s start, and it’s a step away from the insular world of last LP Islands, out into the light.