“another eternity” by Purity Ring 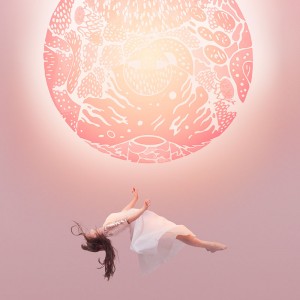 After three years since releasing their critically acclaimed debut album Shrines, Purity Ring return with the highly anticipated follow-up titled another eternity. In 2012, the Edmonton duo of Megan James and Corin Roddick seemed to be light years ahead of the rest of their electro-pop counterparts; Shrines felt fresh and brought something entirely new to a relatively simple and straightforward concept of James’ fairy-like vocals over Roddick’s masterful arrangements of their future pop sound. Three years later, another eternity seamlessly blends in with the times and presents a more commercially approachable sound with just a few subtle tweaks to the band’s winning formula.

At its core, another eternity is a solid album and carries forward the band’s signature quirk beat sound with “push pull” and “stranger than earth.” Roddick seems to hang out in the background a little more on this effort allowing James’ vocals to create a stark contrast between vocals and rhythm whereas previously, the two seemed almost intertwined in a dreamy melodic haze. However, Roddick has his standout moments as well, one’s that present an urgency on “begin again,” grandiose hip-hop influenced beats on “flood on the floor,” and a quiet command on “stillness in woe.” We predict that 2015 will be the year that Purity Ring becomes more widely embraced by first-time listeners and first-timers will rejoice in discovering they have two pretty infallible albums to disappear into.