ALBUM REVIEW: “All Those Relays” by Scout 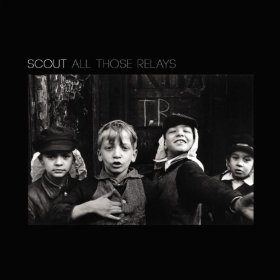 Scout
All Those Relays
[Invisible Brigades]

Ashen Keilyn (aka Scout) has a history of releasing records that meet the gushing acclaims of critics so the anticipation for All Those Relays is quite understandable. Hold your breath. It has finally been bestowed upon us.

The album starts off with a quiet bang as Keilyn croons about contemplating a break up: “If you’re leaving, don’t let the door hit you in the ass, don’t you worry about it, I know if you’re leaving I can handle that.” The track not to miss is called “Under Attack.” Call Scout Captain because there’s a pretty good hook in that chorus that’s backed by a punch of percussion.

Defintely worth the wait and definitely satisfying, the album quenches the thirst one might have had for Scout. But with talent like this, it won’t be long before the masses are hankering for more.