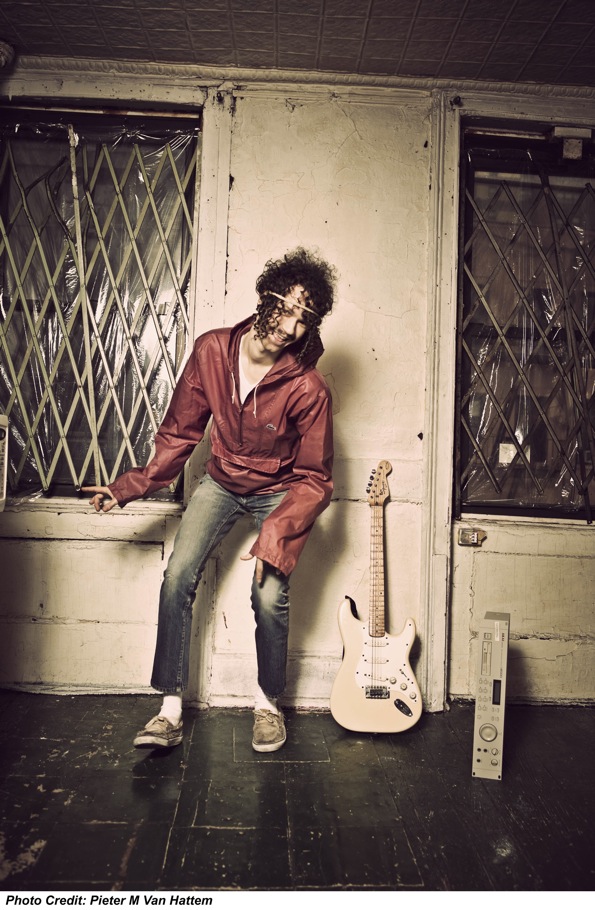 Darwin Deez is coming to LA on July 7th to play at The Echo, and trust me this is one you don’t want to miss. Since the release of his debut album, Darwin Deez in 2010, the band has played over 200 gigs in 18 months – so it’s not just me who thinks he’s worth seeing. If you’re a Darwin Deez virgin, check him out on Youtube; his music videos are entertaining and a bit unconventional. His music is easy to like for a couple of reasons. First, it couldn’t be further from mainstream “indie pop” music. His vocals are pleasant and personal and his style is sometimes a baited half-singing, half-talking delivery. Another reason Darwin Deez is enticing is because of his happy-go-lucky style. It’s hard not to pick up on his goofy who-cares attitude. Wearing an elastic headband across his forehead with wire-rimmed, rather large, glasses, Deez puts forth an image that is pretty hillarious. His music is catchy for its bizarre lyrics and simple percussion with electric guitar. He is worth seeing, and if you’re the I-love-crazy-people-who-do-crazy-things type of person, then I will probably see you there.