If ever you have the opportunity to check out any artist at Anthology in San Diego, you must go. It’s one of those places that people actually pay attention to the music. There’s no $2 PBR’s, not a single strobe light to induce epilepsy, and only the occasional whispering clinks of wine glasses being gently set on the table while your favorite singer songwriter plays are audible. 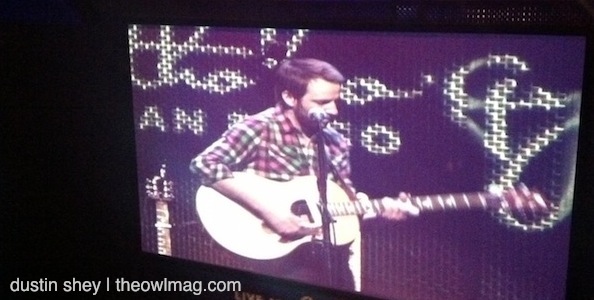 On the evening of March 8th, Denison Witmer and William Fitzsimmons came through San Diego and left a little piece of themselves on the stage. Witmer opened the evening with songs off of his new album The Ones Who Wait while adding in some crowd favorites and closing the night with a Bob Marley cover off an upcoming album he hopes to release sometime in 2012. 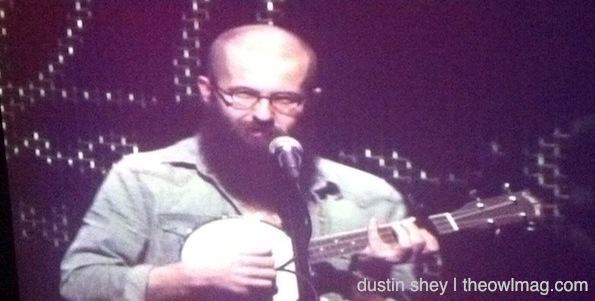 William Fitzsimmons, probably best known for his songs “Passion Play” and “Please Don’t Go” from being featured on Grey’s Anatomy came to the stage wearing his signature beard sans signature beanie. He rarely spoke, but when he did it was typical singer songwriter self deprecation, noting his failures, some triumphs, but mostly his sadness. 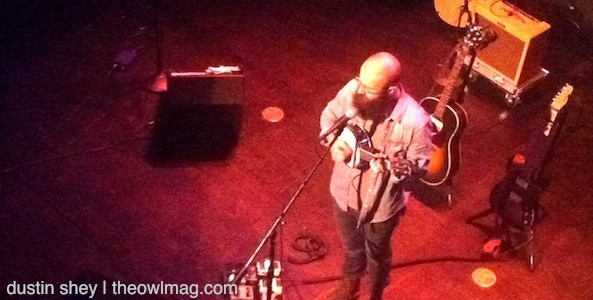 Through an hour-long set Fitzsimmons ran through quite a few of his songs, singing in what some may call a musical mumble, yet concise, melodic, and clear. He at one time exclaimed before a mildly upbeat tune “let’s get through this happy upbeat shit so we can get back to the William you know and love,” which earned him a collective chuckle throughout the room.

You can take a listen to the songs below and above from the evening just to hear how magically quiet a place like Anthology in San Diego can be. You may also hear just a sliver of happiness from William Fitzsimmons, if you just listen hard enough.

Check out the entire Flickr Set for more pictures!