It smelled like America in there. It reeked of some noxious sampling of body odor, weed, apples, and cheap beer, and it was the most patriotic thing that has happened in San Francisco since people started giving a shit about baseball again in 2010.

King Tuff is a wicked force – his persona and his band’s music represents everything abrasive about classic American rock culture and injects it with punk steroids. Was Dead, his 2013 release, is denim vest-clad, silver spiked, dirty haired garage punk for the millenials – unfiltered and offensive but performed with cheeky charm. “Freak When I’m Dead” played like a Judd Apatow TV show intro and drummer Kenny “The Original San Francisco Treat” Tudrick paired a Selleck ‘stache with a camo tank and baseball cap. But that’s a Tuffy show — a post-hormonal, angst-riddled “fuck it, let’s rock” punch. 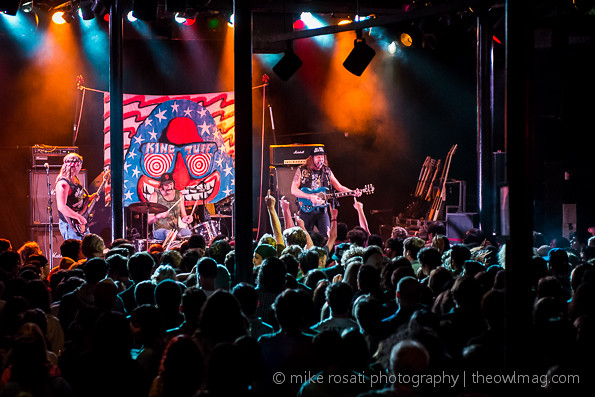 Wavves was just as irreverent, as Nathan Williams peddled to the perpetually lost generation fronting a backdrop of tie-dyed yin yangs in a Mickey Mouse baseball shirt. Obviously. What else would you expect from a band that sells a feline-themed weed grinder with the rest of their merch? 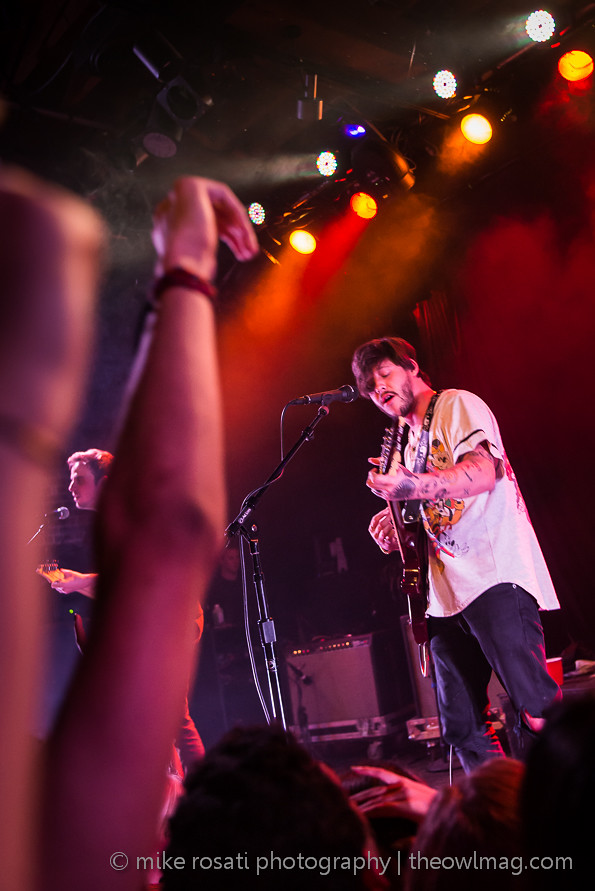 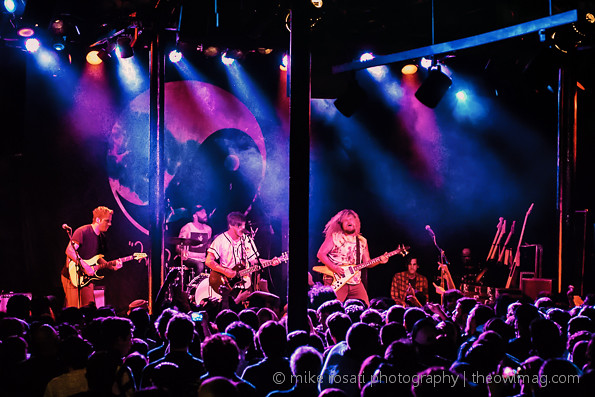 SoCal stoner Americana thrives, and Wavves embodies the state of adulthood between the reckless nature of 21st century punk and the failure of the American ideal. It was guitarist Alex Gates’ birthday and though he was the only one capable of playing his own birthday song, he was too drunk to do so. 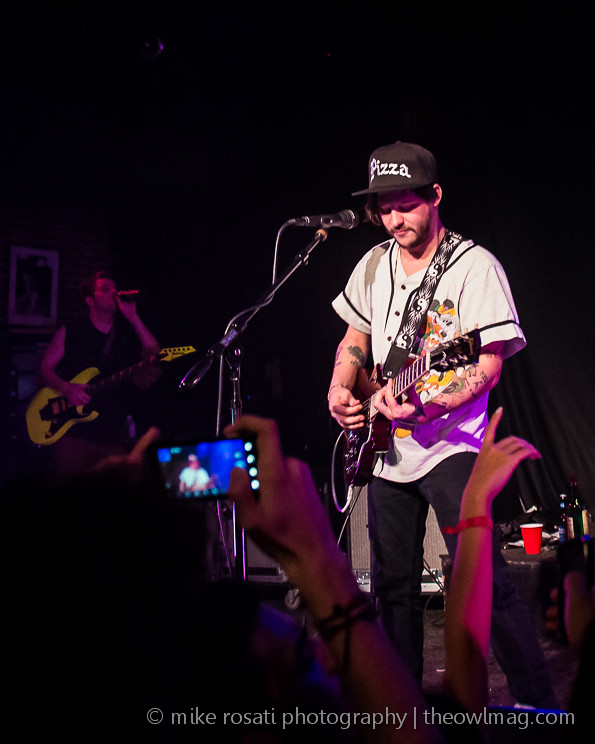 It’s an inebriated rejection of the cookie cutter image of adult normalcy. Wavves prefers to perform warped retranslations of pop culture and embrace a new version of what it means to grow up. As Williams responded to a heckler, “You’re smart and funny. What fraternity are you pledging? Fuck you.”

Check out more photos of the Americana stoner dudes HERE!