Sleigh Bells brought the pain to the El Rey on Friday night. Supporting their new record Bitter Rivals, the dynamic duo played the songs that made them a force to be reckoned with along with new songs that showcased Alexis Krauss’s vocal abilities. It has to be said that aside from the pulse-pounding beats and ear splitting guitars, Krauss has a serious set of pipes that doesn’t often get credit. Sleigh Bells’ new material really showcases Alexis Krauss’s vocals. Stand-out songs like “Young Legends” were perfect examples of the new direction (and unknown potential) of Sleigh Bells. In an era where pop acts lip sync the hell out of their “live” shows, its refreshing to see a front woman dancing, thrashing, jumping, and generally killing it all while being able to hit every pitch perfect note. Our only critique would be that their set didn’t last another hour. 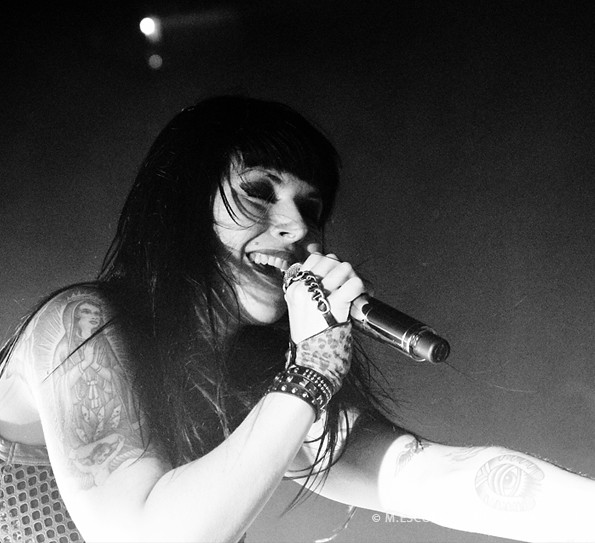 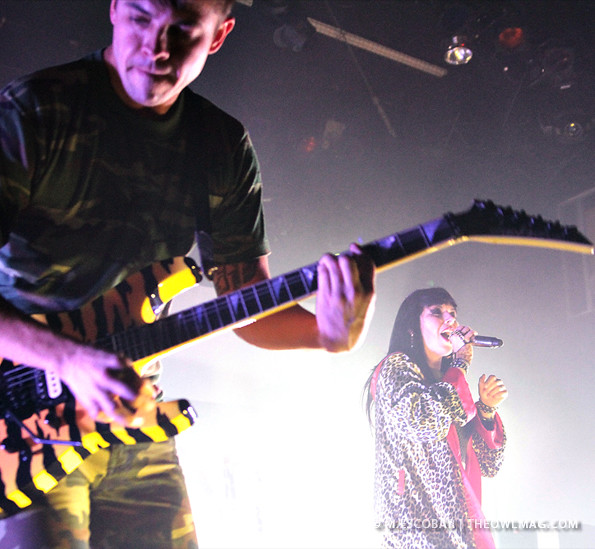 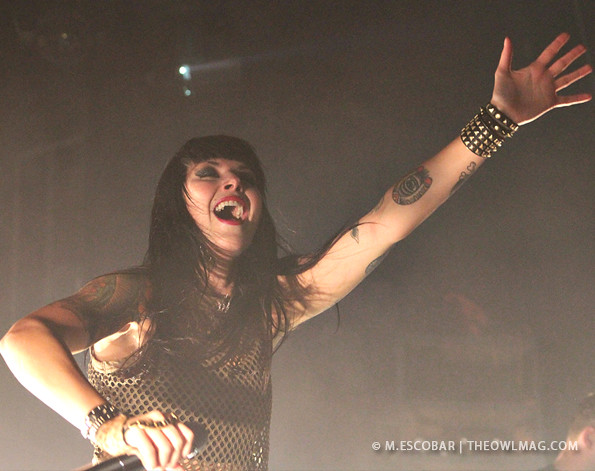 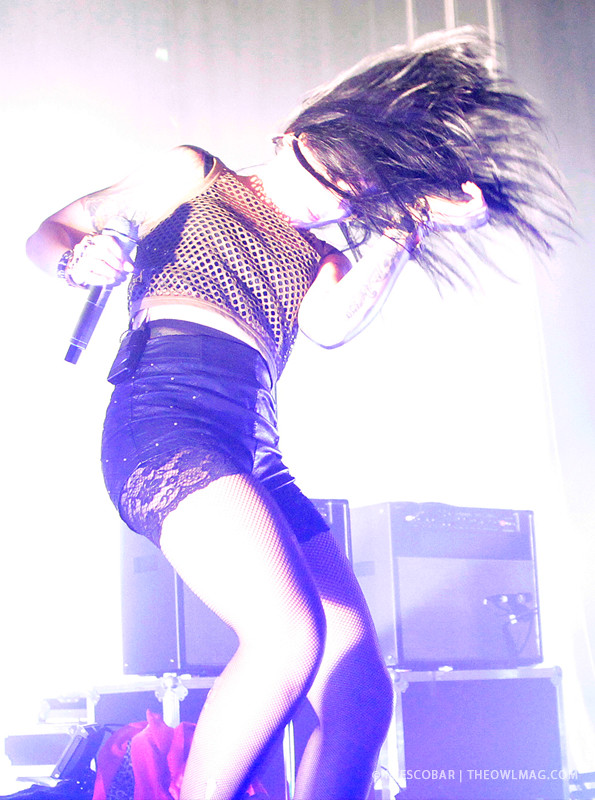 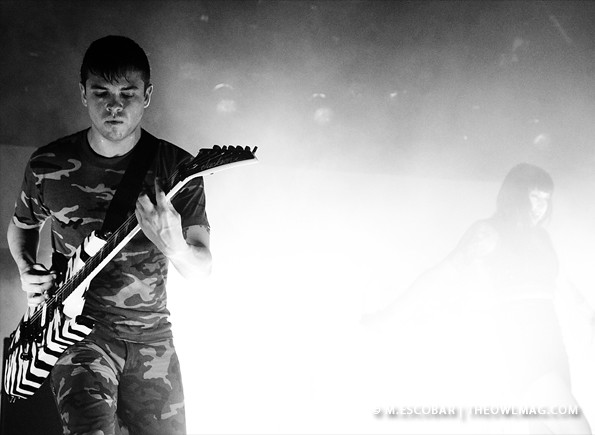 Check out more photos of the thrashing Krauss and Miller HERE!