Perhaps it was the long holiday weekend that took people away? Perhaps too much turkey feasting could’ve put many into trypotphan comas? Hard to say, but it was a small, yet very appreciative crowd that greeted RNDM at the Great American.

The trio took the stage in their signature orange and black ski masks and suits. RNDM played songs mainly from their first album ACTS, which released in October, plus a few others to boot.**

Though they’ve been billed as Pearl Jam‘s bass player’s side project, RNDM is certainly much more than that. Drummer Richard Stuverud, who connected with Jeff back in the post Mother Love Bone days, was very emotive and fun to watch as he pounded the skins. Jeff Ament switched between several types of bass, including a small Kala U-bass. Guitarist/artist Joseph Arthur handled most of the singing duties, but everybody sang backing and choruses. Arthur, we learned, is very prolific, having cranked out a ton of albums. We’ll have to go back and give his library a thorough listen.

After the show, all the members came out to meet and greet — signing shirts, the new cd, posters, and for Jeff, some random PJ memorabilia. 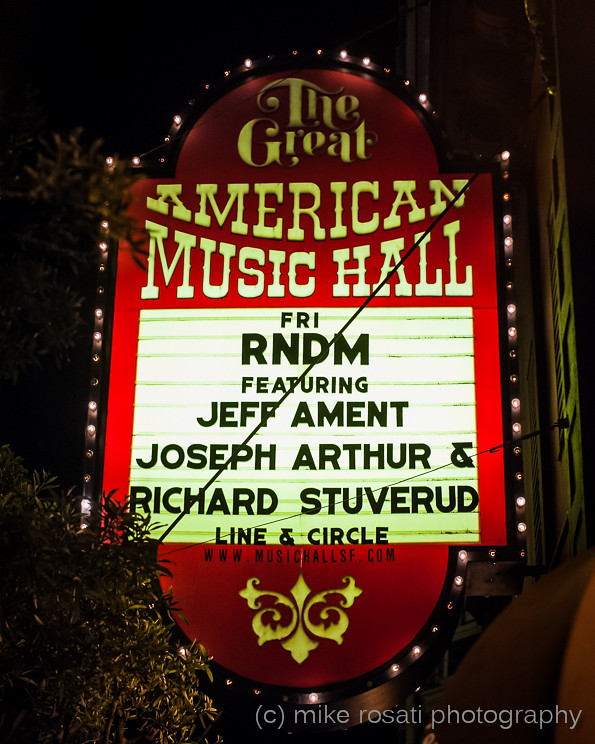 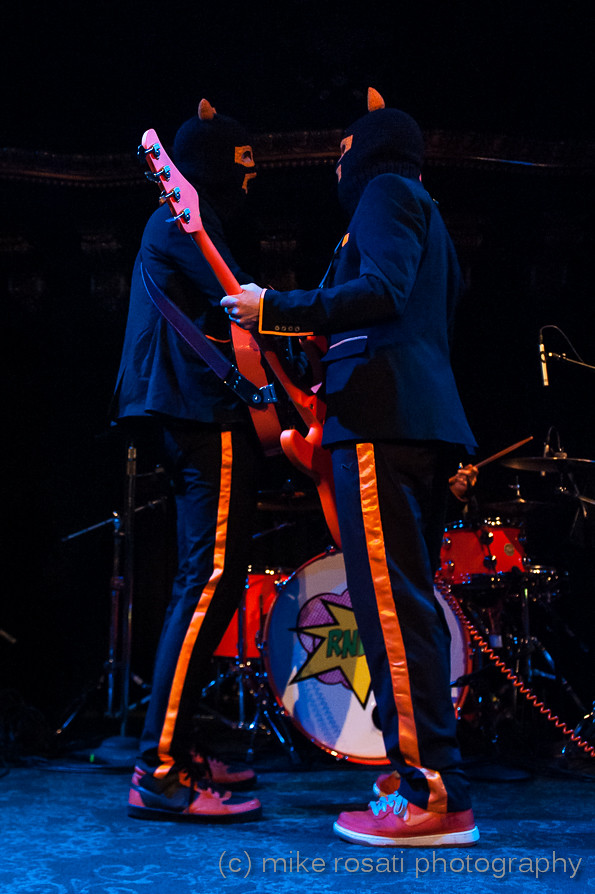 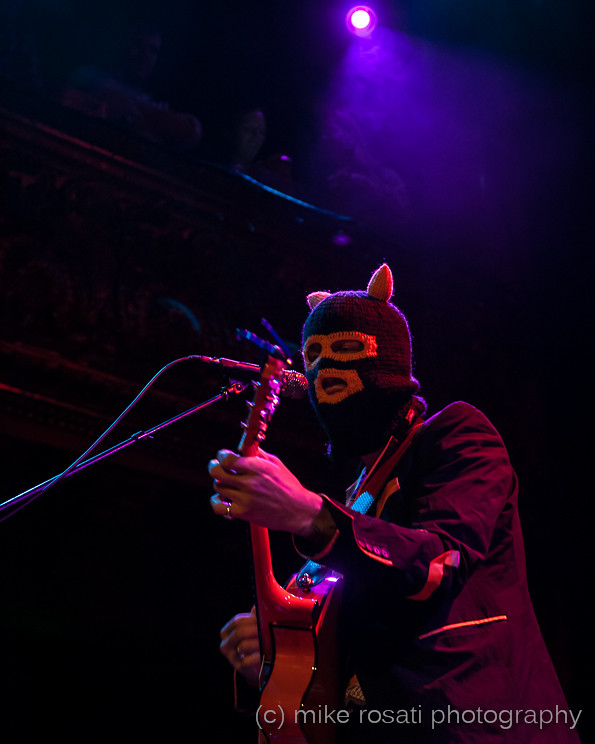 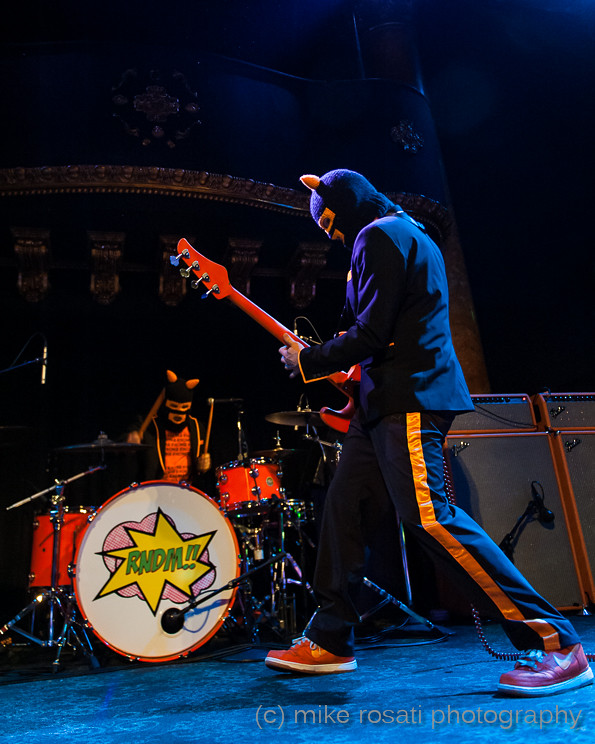 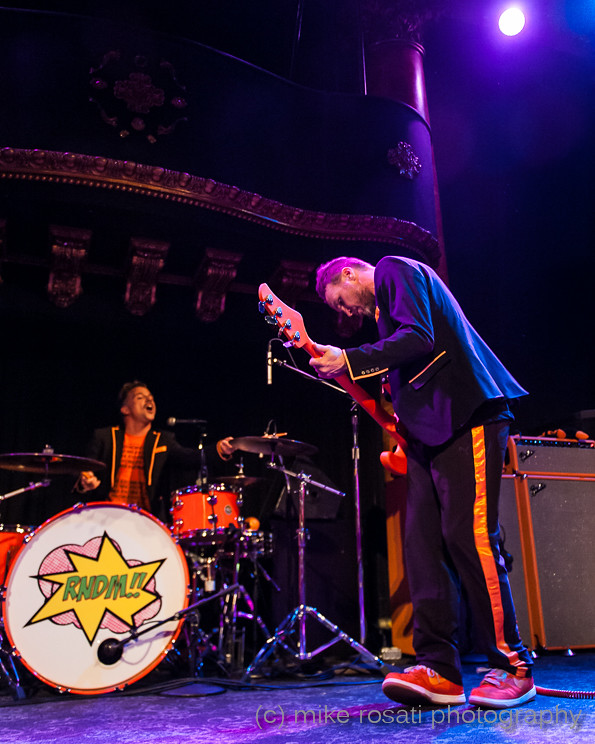 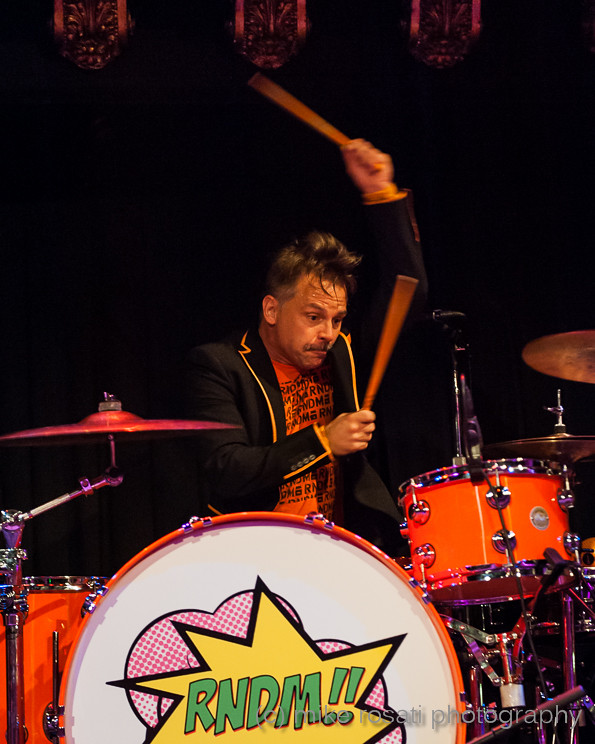 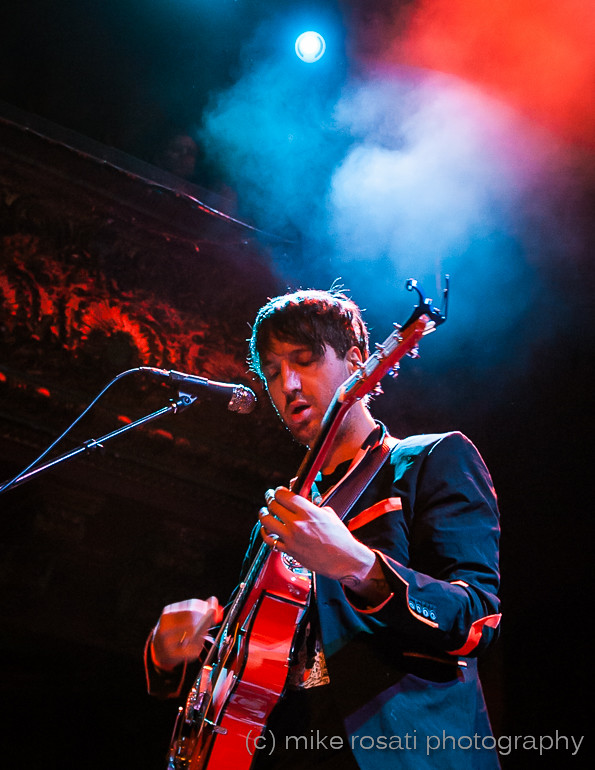 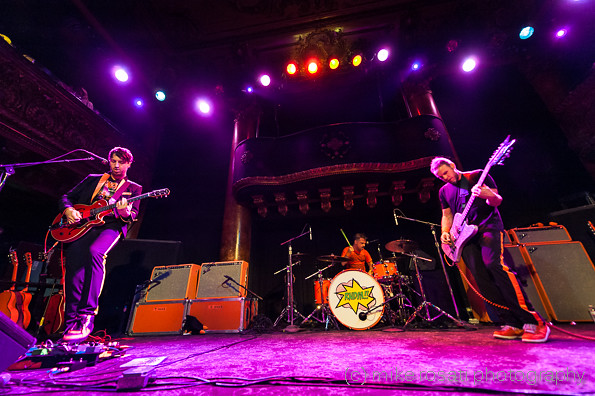 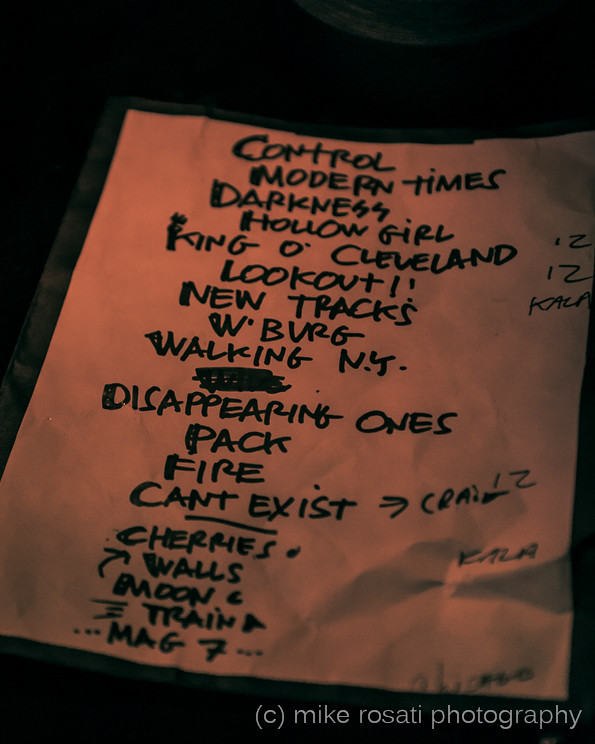