It”s apparent that Jaill, the Wisconsin based company of performers, are the true keepers of the genre of psych-pop. Although mainly associated with the early 2000″s, Jaill keeps the genre

fresh without sounding outdated. After following the skillfully improvised, high energy performances of Los Rosas and Wild Yaks, the band”s perfectly synchronized performance was a considerable change to the previously sporadic vibe of the night. However, Jaill was able to keep the energy high by keeping listeners intently bobbing their heads and squinting their eyes with awe.

In addition to the low set stage, the halfway filled venue, provided somewhat of an intimate performance. This was further affirmed by the band”s between-song-banter, or “bandter,” especially when lead singer, Vincent Kircher generalized the crowd as “all probably really nice people.” After a pause, he jokingly added, “…but I”m sure there are a couple of dicks here.” 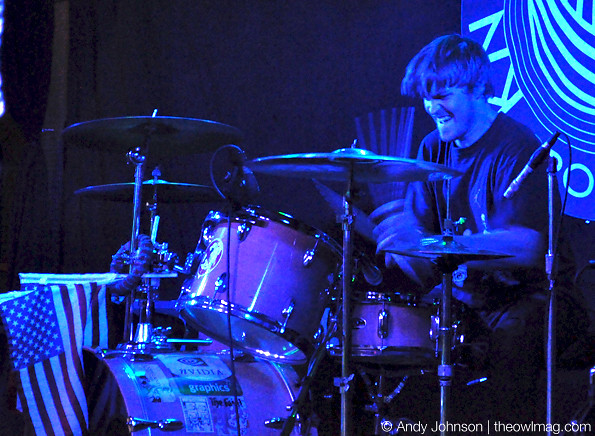 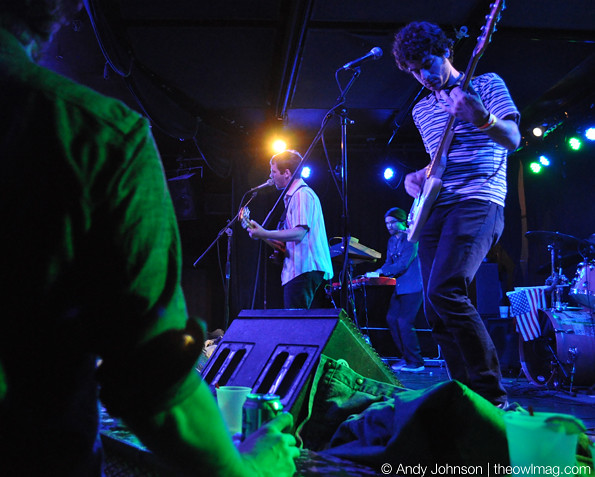 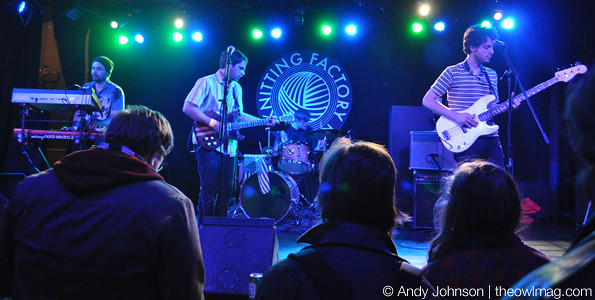 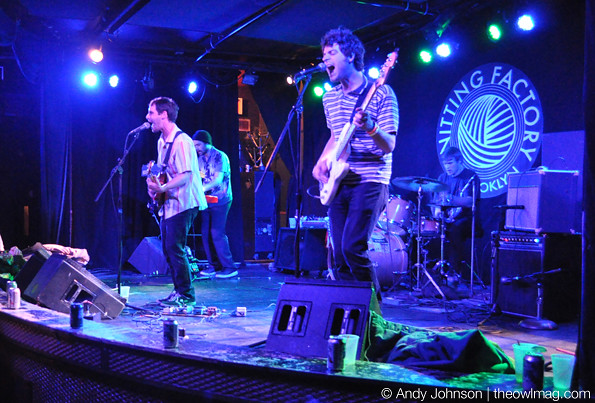 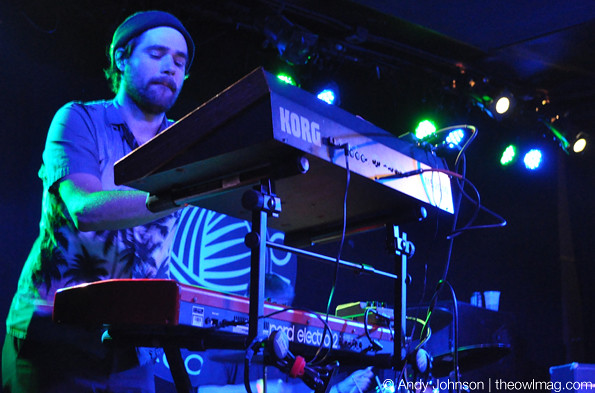 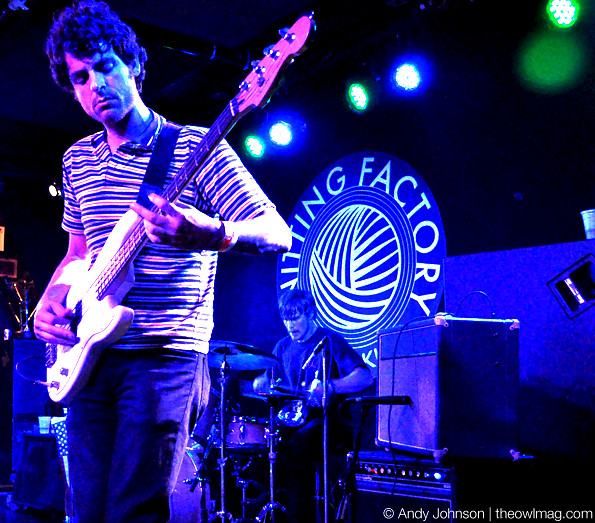 To check out more photos of the show, go HERE.