Chicago’s Mike Kinsella made it back to London to play the Old Blue Last under his solo moniker Owen. This time, a matinee show was added to meet the demand from his evening show selling out as soon as tickets were made available. 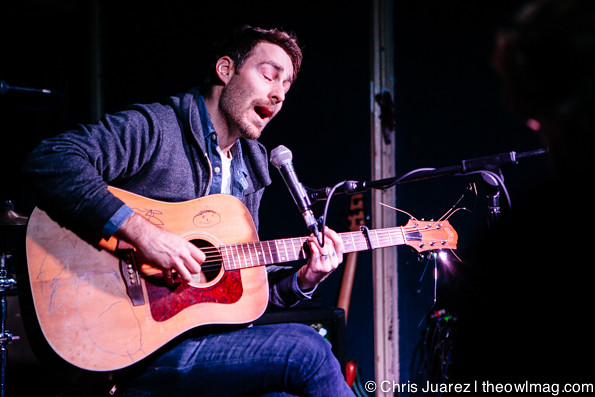 “Did anybody try to call me today?” Mike asked the afternoon crowd as he tuned his guitar. The banter was supplemented with a story of how his phone was destroyed on account of a beer placed in his pocket, which had leaked. But despite not having any means of modern communication, there was still music – and beer…lots of it. 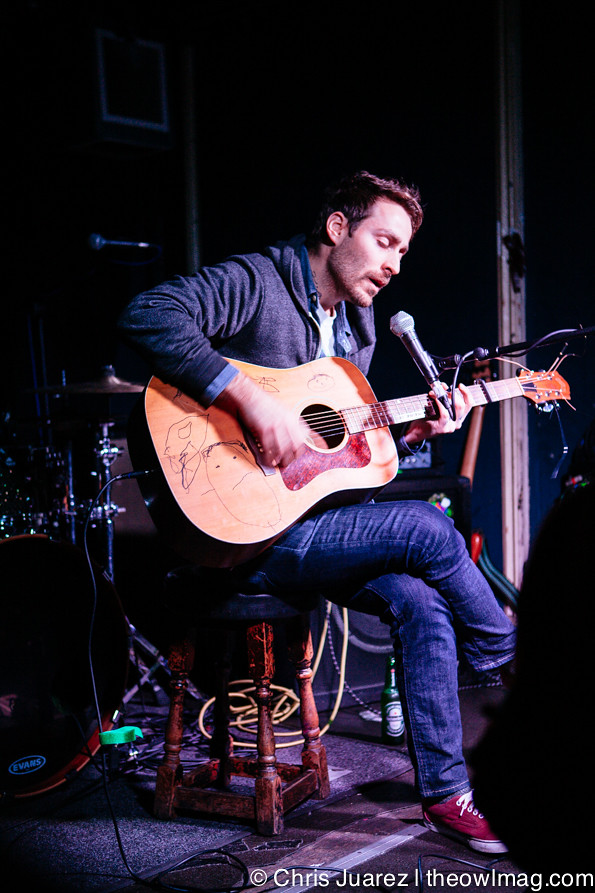 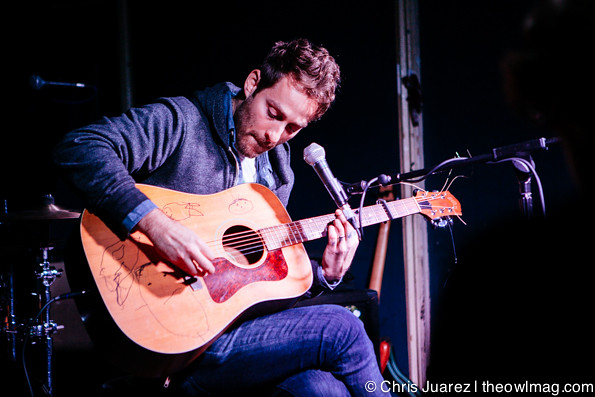 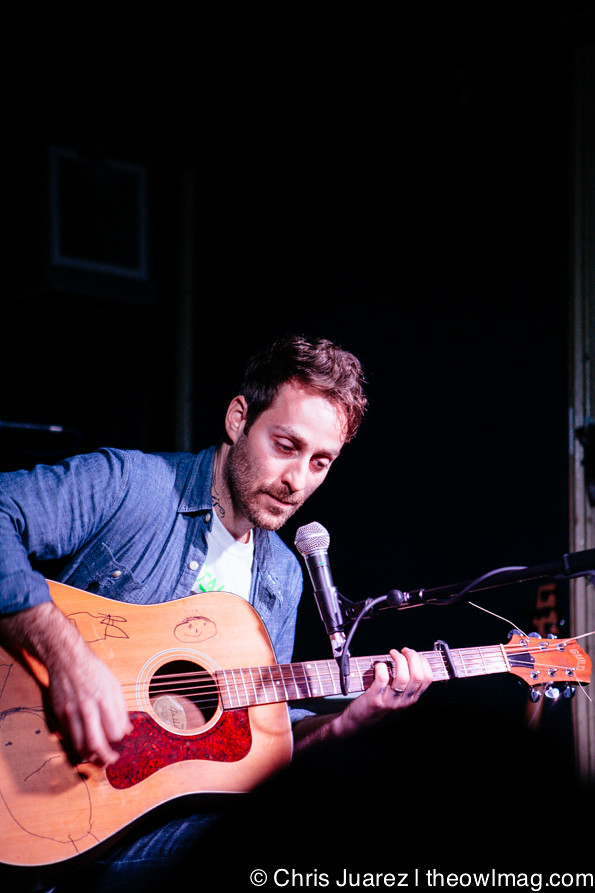 New songs from his recent album, L’Ami du Peuple, were played in addition to crowd favorites from past albums like “Nobody’s Nothing” and “Breaking Away.”

Check out more photos of the intimate show HERE.