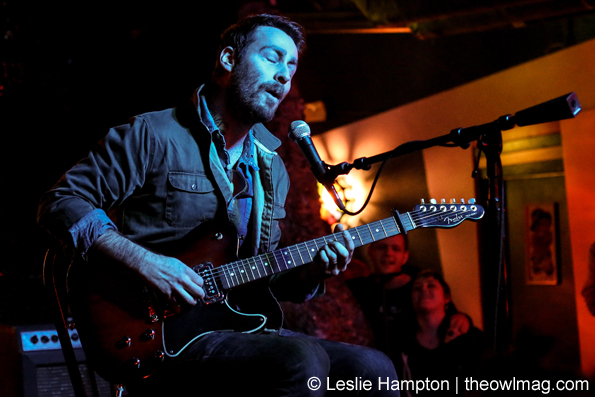 Owen (aka Mike Kinsella) played in support of his new cover’s record, Other People’s Songs. The night before the epic west coast storm hit, a crowd still managed to pack San Francisco’s Bottom of the Hill. We’re fans of his other bands that we’ve covered recently such as American Football, OWLS, and Their/They’re/There. Kinsella has been playing some solo shows around the American Football reunion dates, which made a rare treat of hearing these songs electric. Fans seem amped to see him playing any instrument and in any of his numerous bands. Both his support acts Hanalei and Leste spoke of being humbled by his musicianship. Kinsella’s guitar playing is beautiful and unique, despite many who have tried to mirror his techniques. 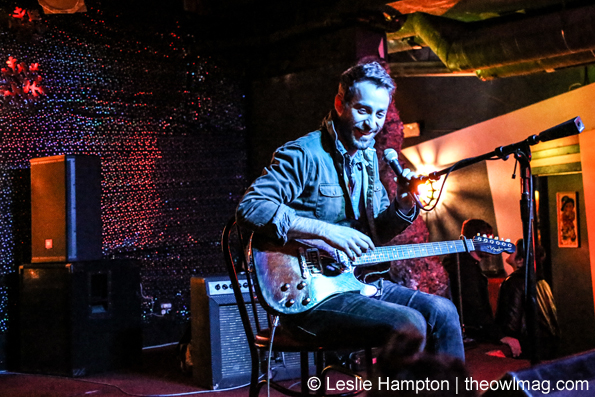 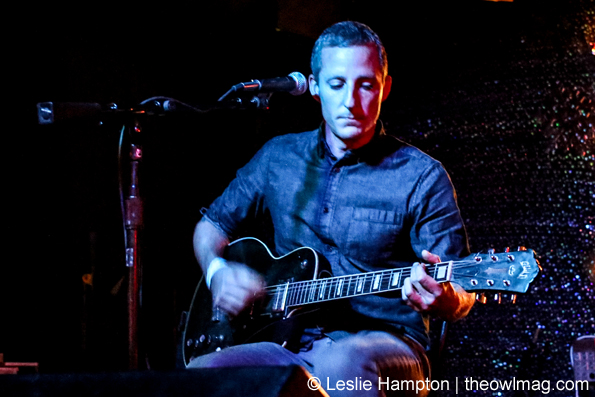 Hanalei continued the night’s theme of dudes playing solo, who have also been in other great bands. The man behind Hanalei, Brian Moss, is currently in Asian Man Records’ band Great Apes and formerly played in The Ghost, Olehole, and The Wunder Years. His lyrics are always thought provoking and picturesque. 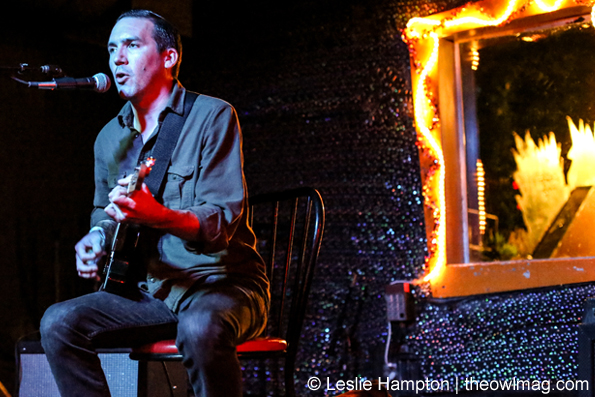 James Leste opened the night of three solo artist that have lived in various places but share a lot of the same friends. Leste has been in Bay Area favorites, Push to Talk and Audrye Sessions. Leste also played electric giving these renditions of his acoustic tracks a warmer edge. 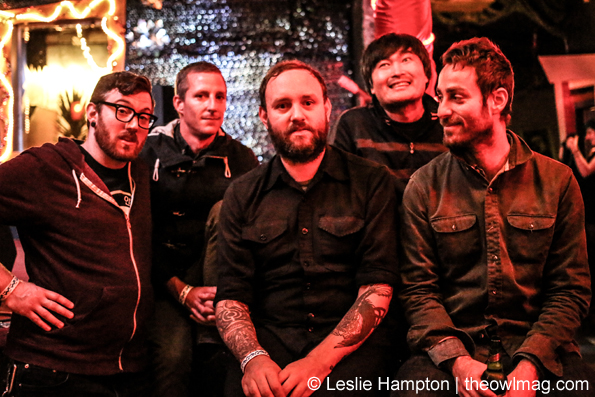