Thursdays show started slow. Perhaps the crowd was saving themselves for the weekend of football? Or time away for MLK weekend? Who knows, but the attendence was light. So light perhaps only six people saw Comma start his set, and that grew to a couple dozen for Yall‘s set. But by the time Eskmo fired up, the room was half full. The latecomers missed some nice sets.

Beyond his sound, a of mix of dubstep, hip-hop, and glitch, Eskmo also sets himself apart from other DJs by sharing the experience with his audience. You get to see how the music is made rather than just look at the back of a laptop for the set. He records all kinds of sounds as he goes, then loops and layers them into the fabric of his song. Using banging pipes, paper tearing, claps, his vocals, it’s all that and a bag of chips…literally. 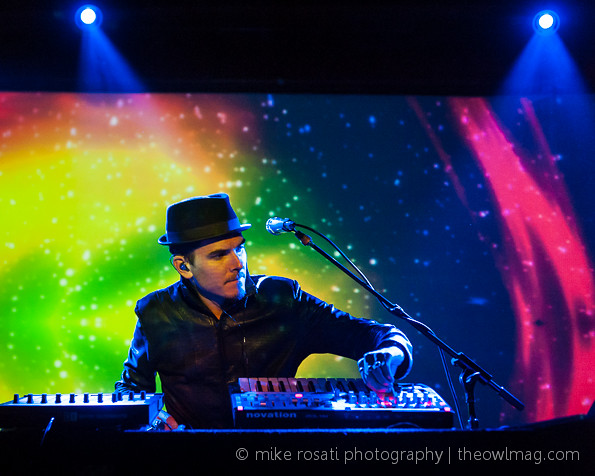 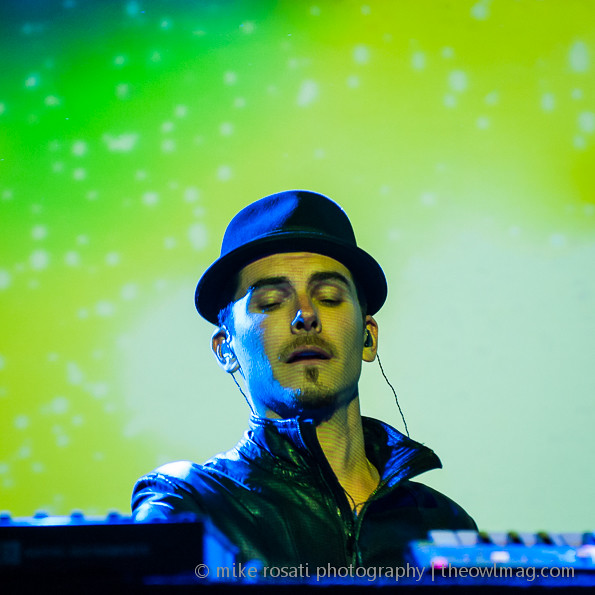 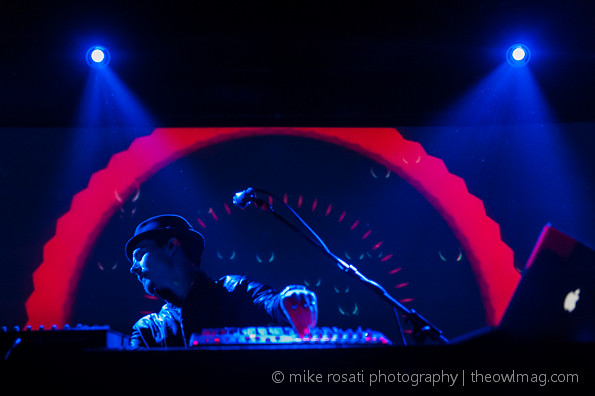 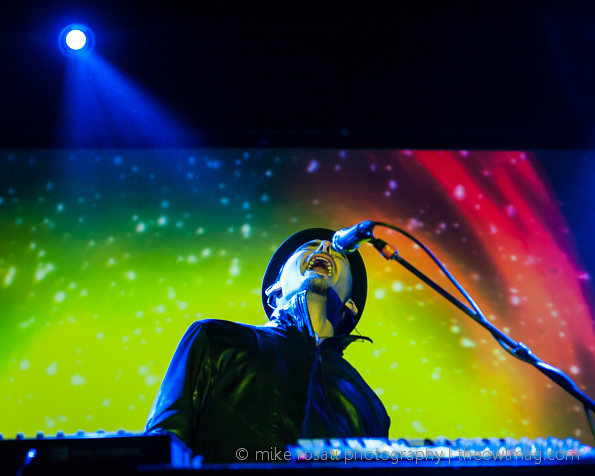 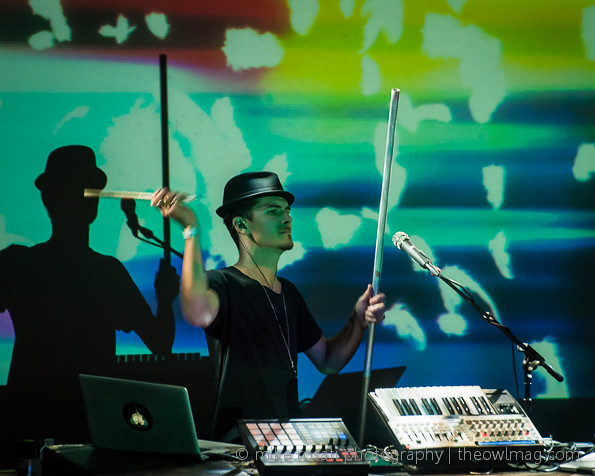 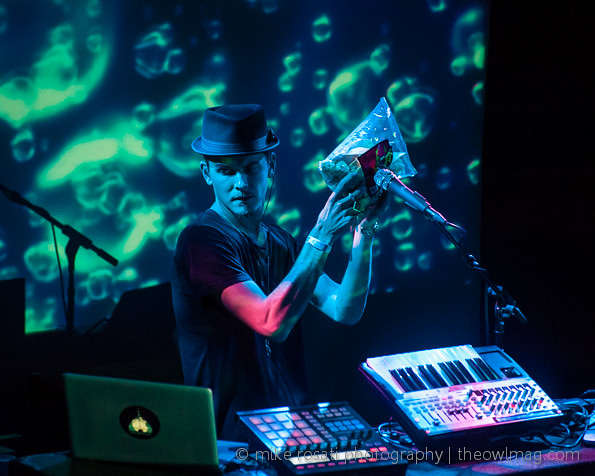 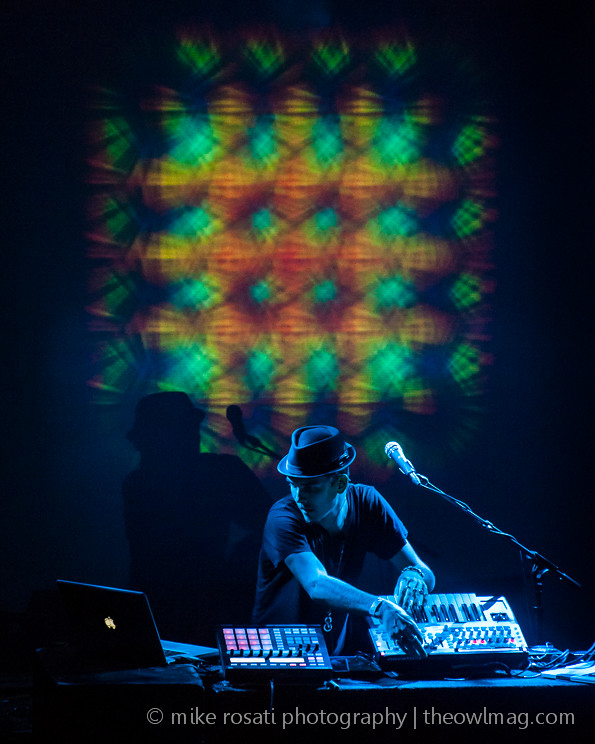