The Mark Mallman duo got things rolling with a crazy quick set of keyboards and drums. High energy bounding about, Mark was pounding the keyboards, at least when he wasn’t humping a mic stand or mounting said keyboard. 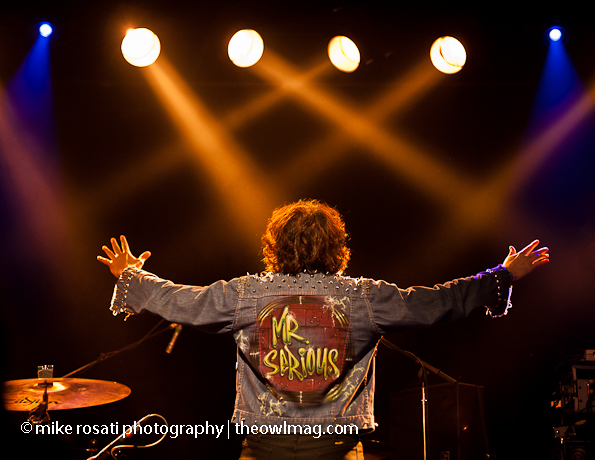 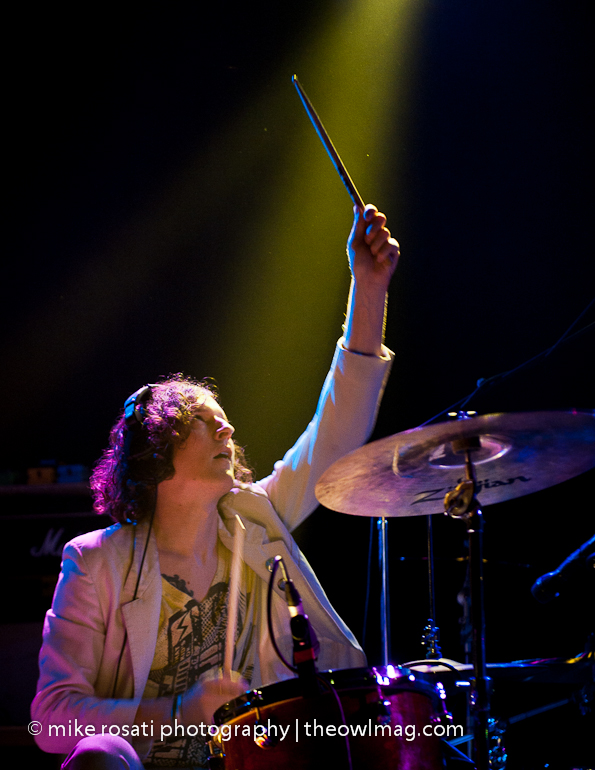 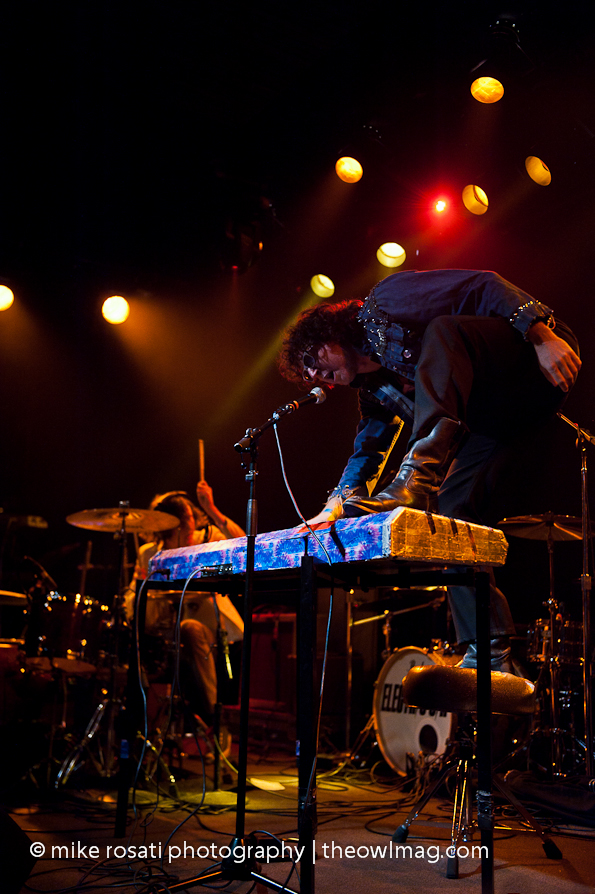 Mark Mallman
Fun to watch, entertaining, plus we had the heightened expectation of him falling off his stool (never did). At one point, “Mr Serious” became a crash cymbal stand for his drummer. Or was he sporting his high hat? 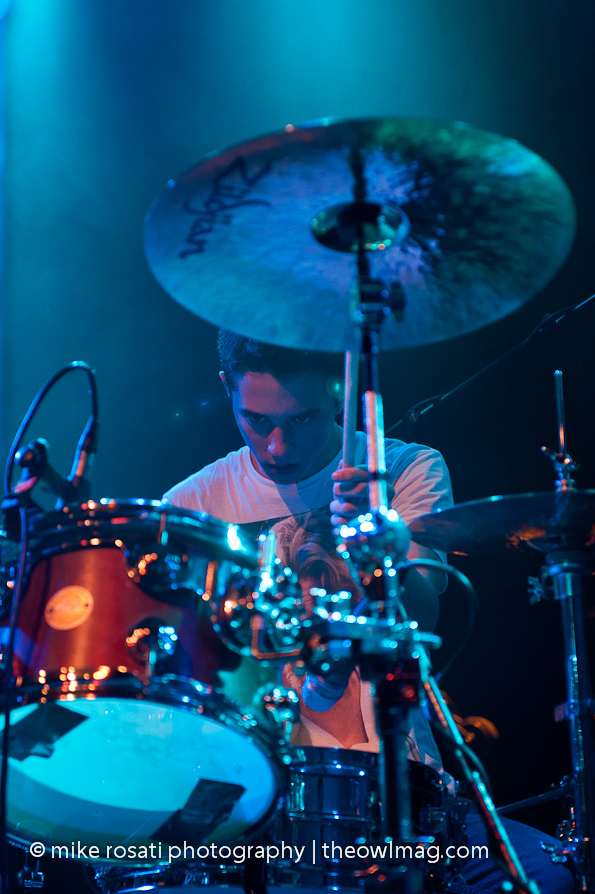 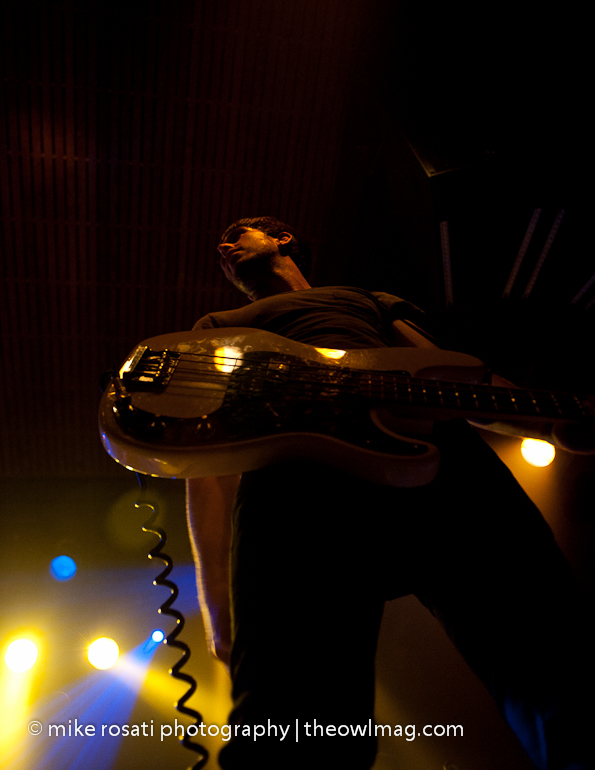 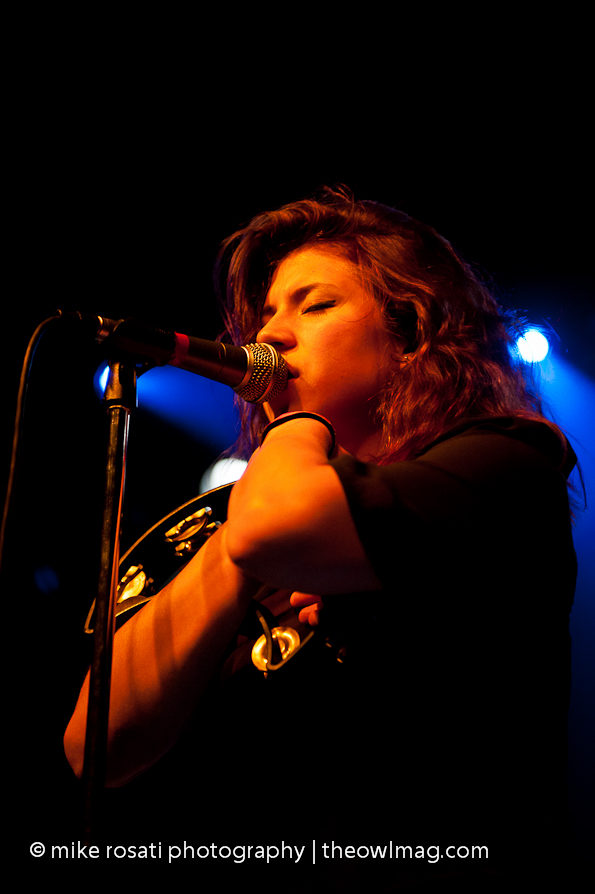 Kitten
Kitten, meeeeooow! These hard-charging kids from L.A. were bouncing all over the stage. The sexy pixie frontwoman was a whirling dervish of hair, often landing karate kicks and punches on the bass player. The bass player was also spinning around, often at the front of the stage, nearly taking out this photog a couple times while swinging that ax. The show included a gymnastic routine of handstands and flips, which was rather… hot! 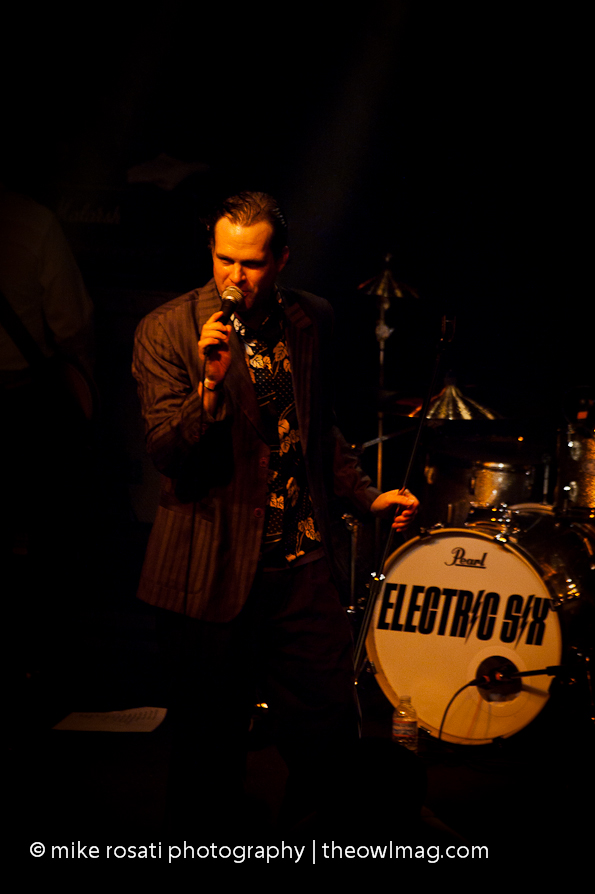 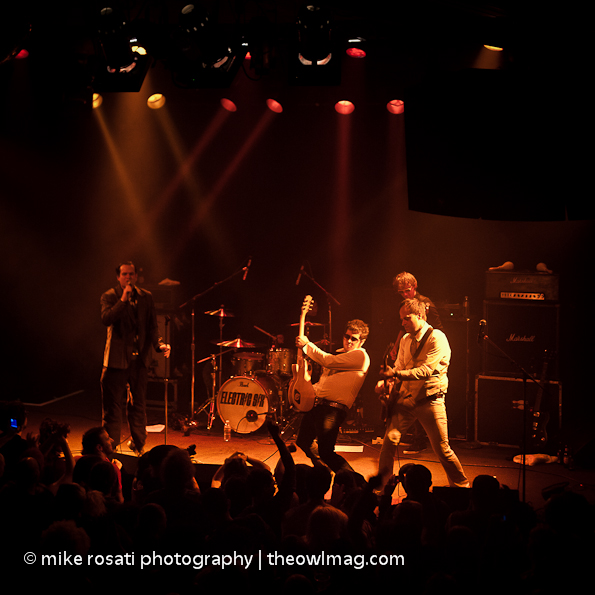 Electric Six
The crowd of female fans around me was rather disappointed when Electric Six came out in normal clothes. They were all hoping for speedos and top hats a la the “Gay Bar” video but the band did not disappoint with their songs. The crowd jumped and sang along to the classics, including “Improper Dancing,” “Danger! High Voltage,” and of course “Gay Bar.” Dick Valentine spent most of the evening pacing the stage with the mic stand in hand as if ready to fence or joust with the crowd. 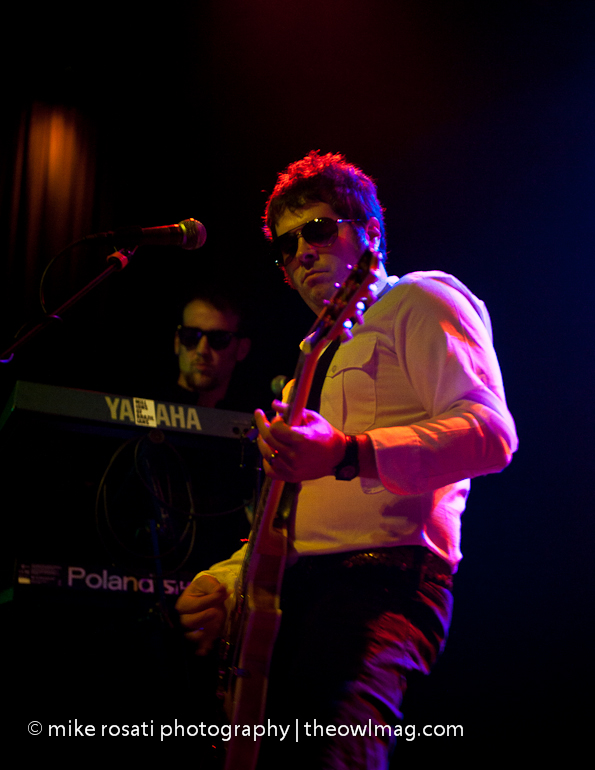 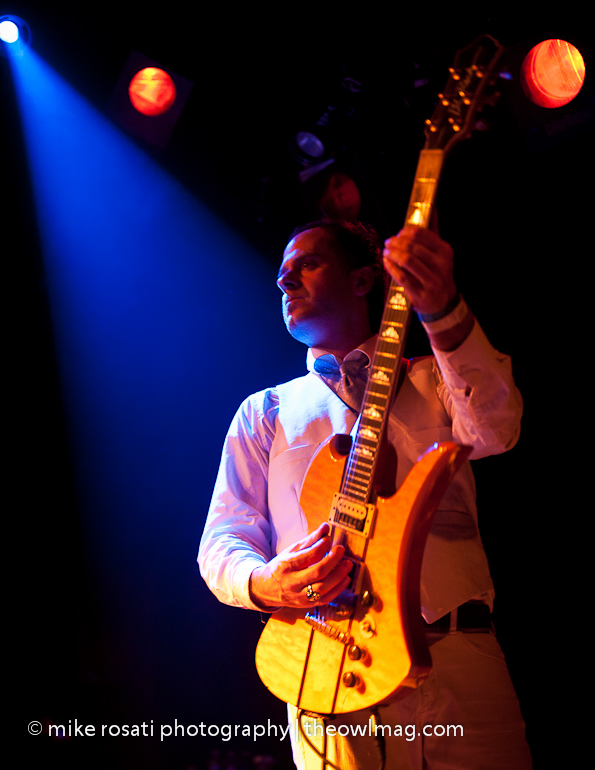 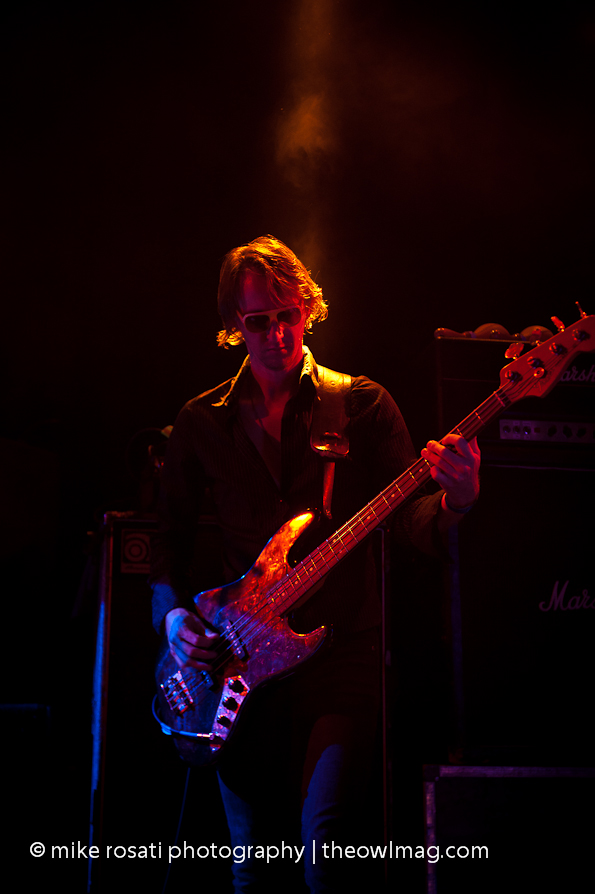