El Ten Eleven and Races stopped in at the New Parish in Oakland on a rainy Friday night. As it was the first stop of their tour, there were still a few kinks being worked out; that didn’t stop El Ten Eleven or Races from putting on a great show. 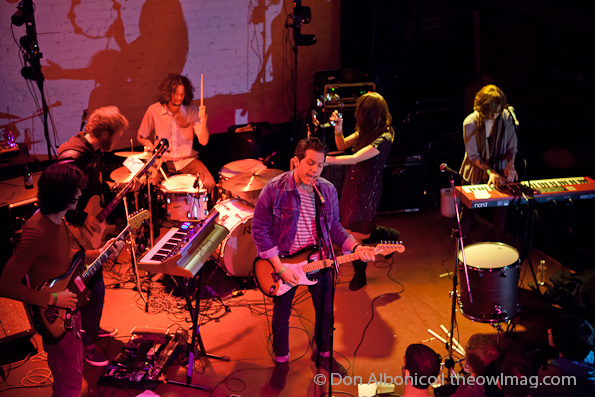 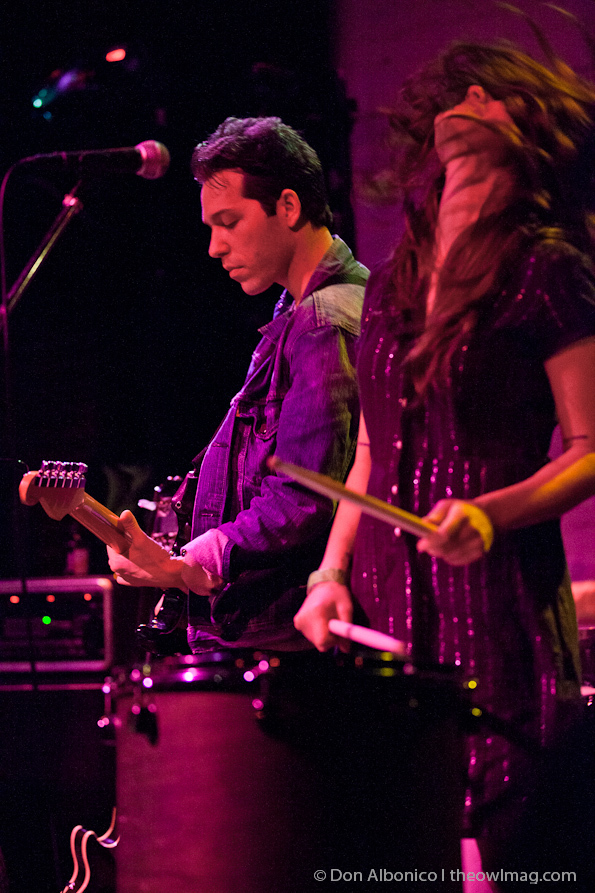 Races
Races supported El Ten Eleven on this tour and opened the show. With Wade singing lead vocals, Devon and Breanna sang harmonies making it an edgier, great set of indie rock. Devon seemed to have endless energy spinning around the stage in a whirlwind of movement. Keep an eye out for their first full-length album coming out March 27th. 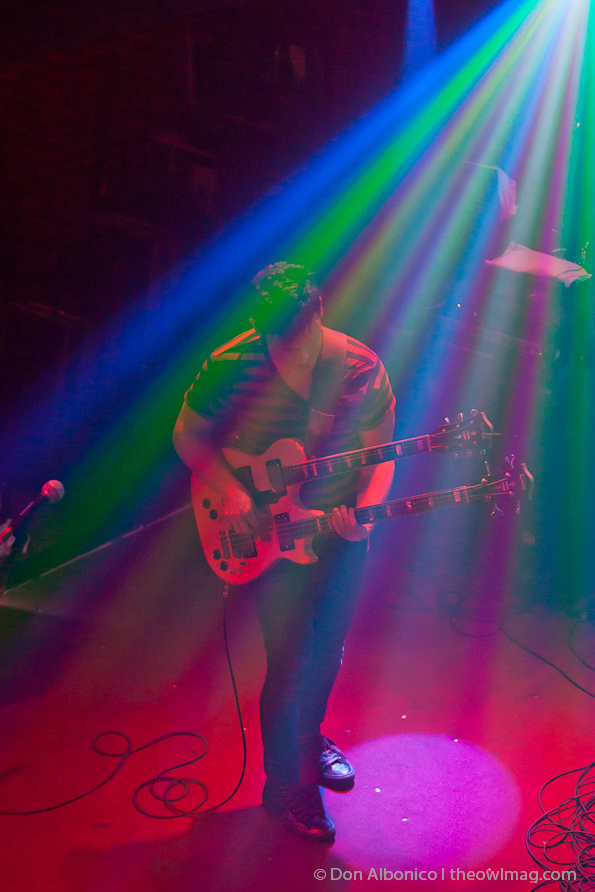 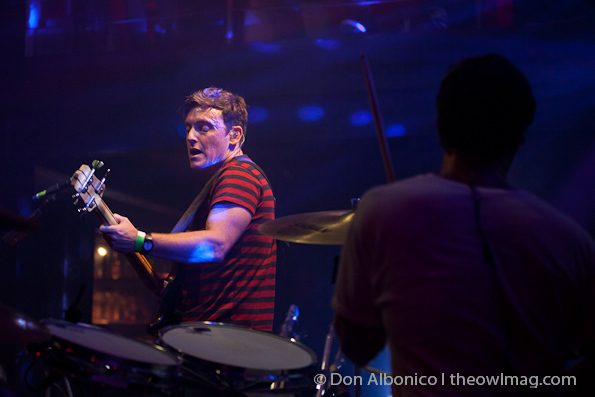 El Ten Eleven
El Ten Eleven is an instrumental duo consisting of Kristian Dunn on guitar and bass and Tim Fogarty on drums. Kristian playing a double-necked guitar/bass and a “few” pedals, filling out the sound and making it seem like an entire five-piece band was on stage. With the fog machine getting a bit overused at times, Kristian would disappear into the haze and lights. El Ten Eleven played a huge set with a mix of songs spanning their entire catalog and new songs from their as-yet-unreleased new album. In a great show of team work, Tim got out from behind the drums and drummed on Kristian’s bass while at the same time Kristian continued to play guitar and bass! 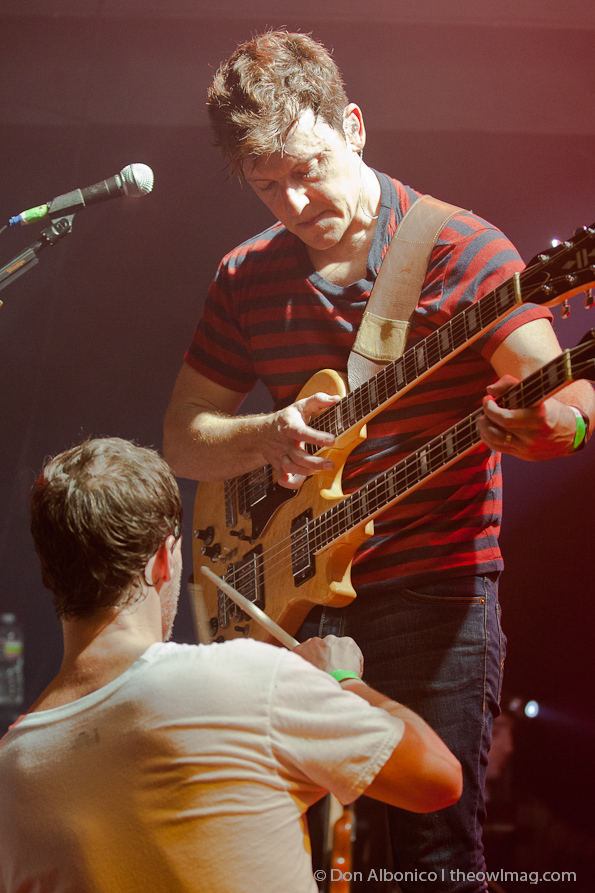