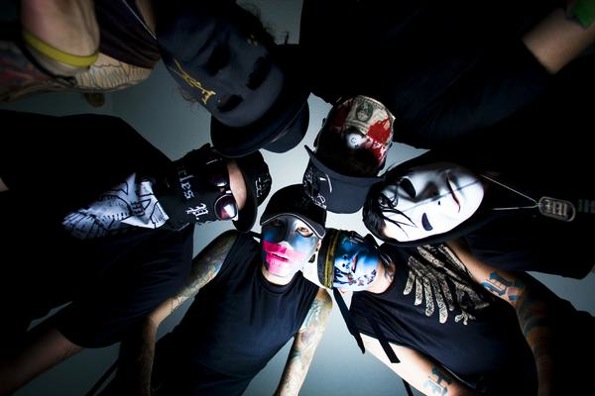 What do you get when you mash up/jam up industrial dance beats with rap, then chase it all down with a wash of metallic? Throw in six voices working harmonies and lyrical flow to tales of life, as they know it and, boys and girls, you’re talking LA’s own Hollywood Undead. No need to go all Antoine Dobson on them and hide your husband and/or your kids because they may want to join in on the bounce when Hollywood Undead bring their rock and rhymes to The Wiltern on April 30th as part of the Revolt Tour 2011. American Tragedy, their follow up album to the surprise smash Swan Songs, keeps the alternative rock party going, even name-dropping Charlie Sheen on the track “Apologize.”