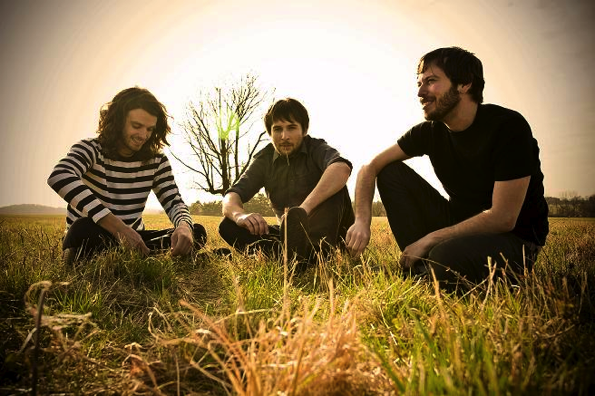 Philly natives, Good Old War, are currently on tour in support of their latest record, Come Back As Rain, which was released earlier this month via Sargent House. The full album is available for streaming through the band’s website. Good Old War which is made up of Keith Goodwin (vocal, guitar, keys), Daniel Schwartz (guitar, vocals), and Tim Arnold (drums, keys, accordian, vocals), blend folk with indie rock, which is then topped off by three part harmonies including some of the most catchy hooks and their unique sound. The band have been on a non-stop self promoting campaign having recently concluded a tour with Anthony Green (as his backing band) and appearing on Fuse’s “Hoppus On Music,” where they performed their single “Calling Me Names”.

On March 25th, Good Old War bring their magnetizing live show to the Avalon in Hollywood, CA and continue on to a number of US cities. Supporting the band on this tour will be The Belle Brigade and Family Of The Year.