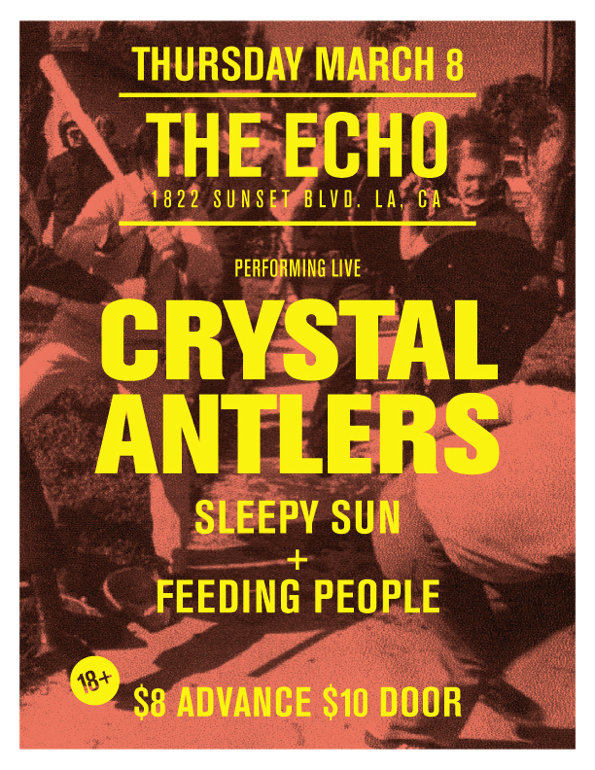 Long Beach natives, Crystal Antlers have been touring in support of last year’s excellent release Two-Way Mirror. The band’s music is a blend of dramatic-bluesy rock with frantic pieces thrown in-between and they’ve got a visual live show to match. Percussionist, Damian Edwards adds an extra layer of entertainment to the band’s live show by twirling his sticks, dancing, and adding rhythms to the already blasting beats of drummer Kevin Stuart. Johnny Bell (bass/vocals) sings his lyrics at the top of his lungs at times, while trying to follow along to Andrew King’s epic guitar riffs. Their first release, Tentacles, was well received by critics and Two-Way Mirror picks up right where they left off, further pushing the band’s talent. Crystal Antlers finally return to LA this Thursday, after a three month gap. They will be playing The Echo, which is the breeding ground for emerging indie-rock bands. With Crystal Antlers seemingly getting better with each release this show is one not to be missed.