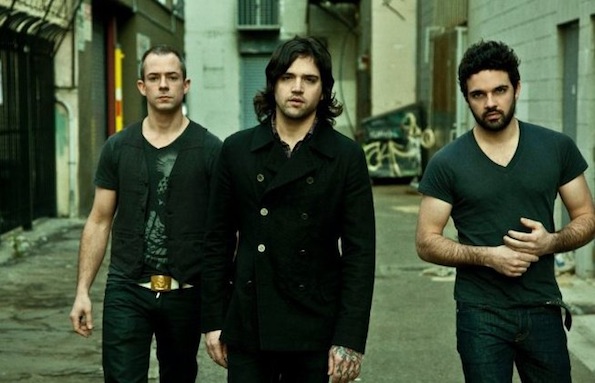 Guitar-less rock, people. If that sounds like a misnomer, an implausibility, or an absolute “Hell f*cking no!” then apparently your ears are woefully unfamiliar with the Crash Kings.

Brothers Tony (vocals/keyboards) and Michael Beliveau (bass), and Jason Morris (drums) have mastered the art of making music with a massive rock sound sans the one instrument usually associated with the badassery of rock and roll: the electric guitar. But these guys are a unified triple threat as the music they make is just as electric, hard-hitting, and makes the head bang just as much, if not more so, than some bands fully equipped with six-strings. Tony brings the soaring vocals and makes his tricked out clavinet (whammy bar, included) sing notes that could rival a Fender. With Mike’s heavy and textured bass style and Jason’s powerfully precise skills behind the drum kit, Crash Kings pack an arsenal of high energy, hook-heavy, aggressive, and full blown sound. No sweeter visual aid than this:

That’s how they do it and no one is doing it better. Crash Kings have their self-titled CD under their belt (if you don’t own it, shame on you and get on that, pronto) with the follow up due later this year. In the meantime, on March 8th KROQ Locals Only presents the Crash Kings at The Troubadour in West Hollywood along with Bethpage Black, The Active Set, and Light FM. Get yourself a ticket or two right and rock out to some of LA’s finer young talent.