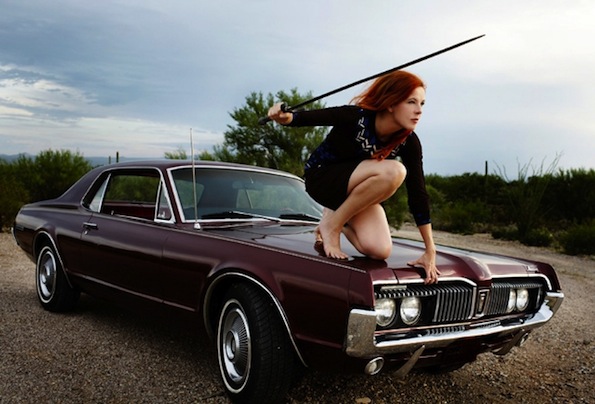 We here at The Owl Mag love a good charity, but especially one with creative themes like the Pirate Supply Store in SF, the Big Foot Reseach Institute in Boston, and the Time Travel Mart in LA. When that kind of genius comes together with talent like Neko Case, how could we not wholly support it? Here’s the deal. Neko Case is auctioning off her beloved 1967 Mercury Cougar (seen on the cover of Middle Cyclone) filled with swag from Poketo, Adidas, Chipotle, Rand McNally, Tazo, and Anti- to benefit 826 National. In addition, 826 National will draw a prize per day starting on 3/14 with loot likeÂ Neko’s limited-edition 1966 Gretsch Silver Duke guitar, aÂ Gibson signed by members of the SpeakingÂ Clock Revue (including Elton John, Elvis Costello, Dr. Ralph Stanley,Â Leon Russell, and T Bone Burnett), aÂ Carr amp, and tunes fromÂ Matador Records, SubPop Records, SecretlyÂ Canadian, and Astralwerks. We’re officially in.

The grand prize drawing is on 3/18 so hurry up and get your tickets! For more information, visit the website here.