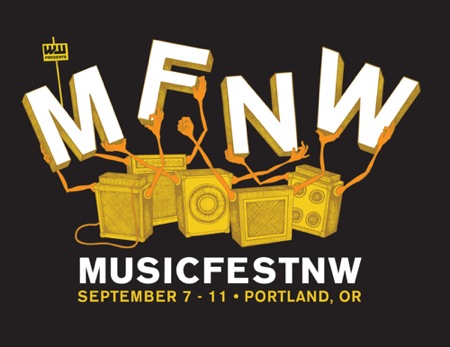 MusicFestNW enters its eleventh year of production and has gotten even bigger and better, running a full four nights, from September 7-11. With bands like Band of Horses, Iron & Wine, Explosions in the Sky, Butthole Surfers, and more, there’s a reason it’s the US’s third largest indoor music festival. Though Portland is already a pretty rockin’ city, MusicFestNW turns this Pacific Northwest city into a musical wonderland. The Fest takes over bars, regular venues, and even has an outdoor stage. Twelve of the venues are 21+, but everything else is fair game.

A few acts to look for are Macklemore & Ryan Lewis, Big Freedia, Ted Leo, and YACHT. YACHT happens to be a local band, mixing psychedelic electronic beats with a strong message of transcendence and community. YACHT will be bringing that energy to the Branx Saturday, September 10 at 11pm. Hailing from the nearby city of Seattle, Macklemore is at the top of his game in the hip-hop world, recently teaming with producer Ryan Lewis for the EP Vs and coming off a highly successful performance at San Francisco’s Outside Lands. They’ll be taking the stage Friday, September 9 at 10pm at the Roseland Theater.

Coming from almost a completely different musical world as well as region, New Orleans’ “Queen Diva” of bounce, Big Freedia is here to take the Pacific Northwest by storm. Freedia’s a sissy bounce artist, meaning she’s ready to party and LGBTQ-friendly. The burgeoning hip-hop genre gets its chance to be heard Sunday September 11 as Freedia takes the Heineken Stage at Dantes at 1am. Another visiting musician is the New Jersey-based Ted Leo. The Ted Leo & The Pharmacists frontman recently toured with his band in support of last year’s highly successful The Brutalist Bricks. Though Leo travels alone to MusicFestNW, his punk sensibilities and intuitive guitar-playing are not to be missed. He’ll be taking the EPM Stage at Backspace Saturday, September 10 at 11pm.