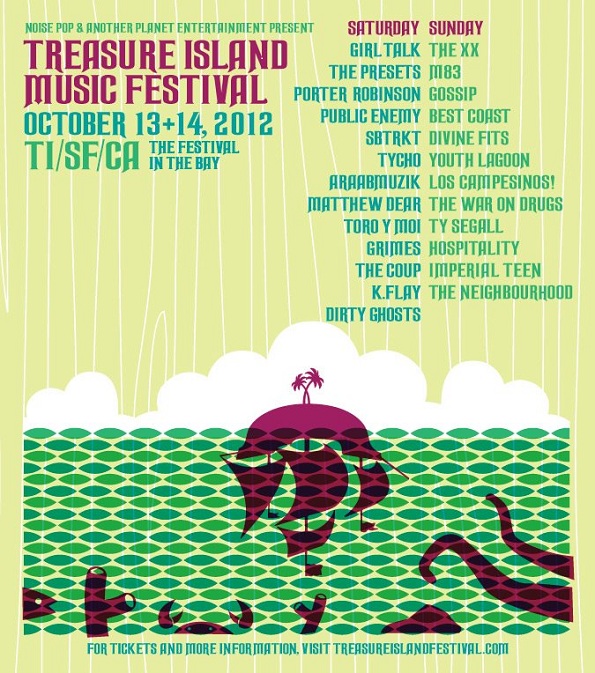 Noise Pop and Another Planet Entertainment have just announced the 2012 lineup for Treasure Island Music Festival. The festival in the Bay is happening on October 13th and 14th. General admission and VIP early bird 2-day tickets are available for purchase Wednesday, June 27th with 1-day tickets going on sale Friday, June 29th. Check out the full lineup below! Also, check out the 2012 Treasure Island Lineup Announcement video below as well as some videos to get us all in the mood for this simply spectacular Treasure Island 2012 lineup and upcoming extravaganza.

Los Campesinos! “By Your Hand”:

Best Coast “When I’m With You”:

Gossip “Move In The Right Direction”: