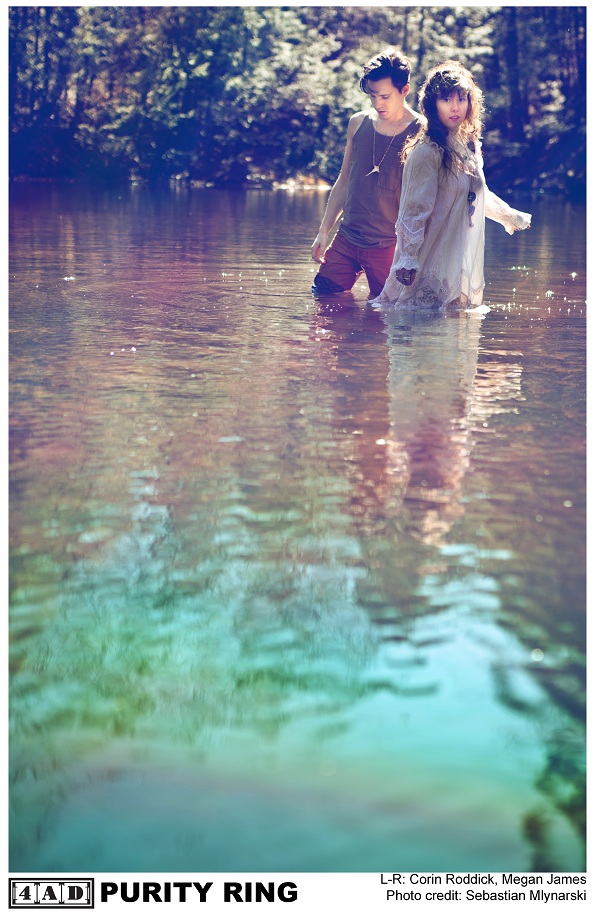 Montreal/Halifax-based duo Purity Ring has announced their fall tour dates in support of their much anticipated debut album, Shrines. Megan James’ exceptional range and noteworthy voice provides the lush vocals while Corin Roddick creates the intermittent beats and sometimes synth-driven and sample-filled sounds. James and Corin have collaborated in the past, but not until the formation of Purity Ring have fans been so immersed in their sound, and after listening to their debut album, anyone who has not heard their music will be hooked.

Their debut album, Shrines, will be released via 4AD Records on July 24th, which is the same day the band begins their tour in New York City. Purity Ring will be performing on the West Coast at the beginning of September (full list of tour dates provided below). Tickets are available through Ticketmaster. Here is what people are saying about Purity Ring and their new album Shrine:

Check out the video for the lead single, “Fineshrine” from Shrine: