FROM THE NEWS NEST: Outside Lands Festival Announces Daily Lineup 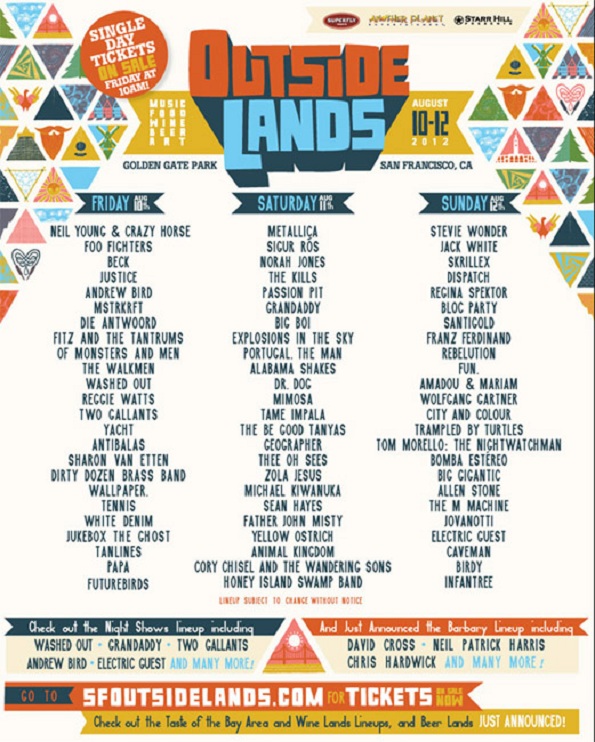 Outside Lands unveiled the daily lineups for this year’s music festival in Golden Gate Park, and this Owl could not be more excited! Anyone who has not taken Friday, August 10th off of work to attend is missing (arguably) the best day of Outside Lands. Anyone agree? Of course, the other two days (Saturday, August 11th and Sunday, August 12th) fail to disappoint as well with Yellow Ostrich, Zola Jesus and Thee Oh Sees performing throughout the day on Saturday and keeping the spirit alive, while Explosions In The Sky through the last double bass kick from Lars Ulrich of Metallica will keep our adrenaline up throughout the night. Jack White and Stevie Wonder closing out the festivities on Sunday could be the finest back-to-back performances of the weekend. And let’s not forget all the other stellar bands along the way – Tanlines, Sharon Van Etten, Two Gallants, Reggie Watts, of Monsters and Men, Die Antwoord, Justice, Sigur Ros, Passion Pit, The Kills, Grandaddy, Portugal. The Man, Mimosa, Zola Jesus, Yellow Ostrich, Tom Morello, FUN., Bloc Party, Regina Spektor, Santigold, and more. Full daily lineups are listed below.

For those festival-goers who are only down for one day of bands, beer and wine in Golden Gate Park, single-day general admission and VIP tickets go on sale on Friday, June 20th at 10am (PDT). Single-day general admission tickets cost $95 and VIP tickets are $210. Get your mouse-clicking finger warmed up and ready (however one manages that) because tickets will go fast! Outside Lands has also recently announced the Night Shows at various venues throughout San Francisco and DJ Dome lineups as well as the breweries who will be hanging out in Beer Lands (Mmmmmm…beer). For more information and to buy tickets, visit the Outside Lands website. It goes without saying that this is set to be a momentous weekend of music, comedy, wine, amazing festival food, beer, and beauty in Golden Gate Park! 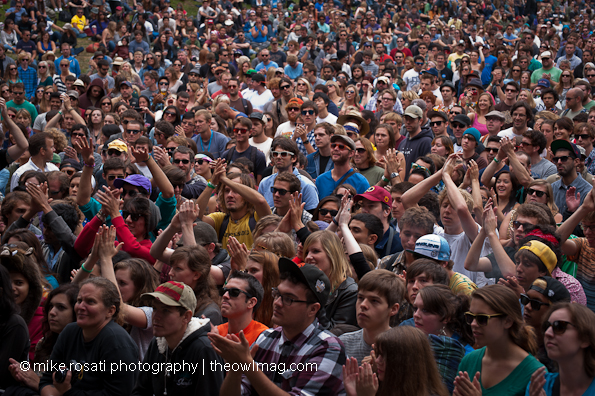 Edward Sharpe and the Magnetic Zeros – Outside Lands 2010

The Owl Mag – Outside Lands Playlist