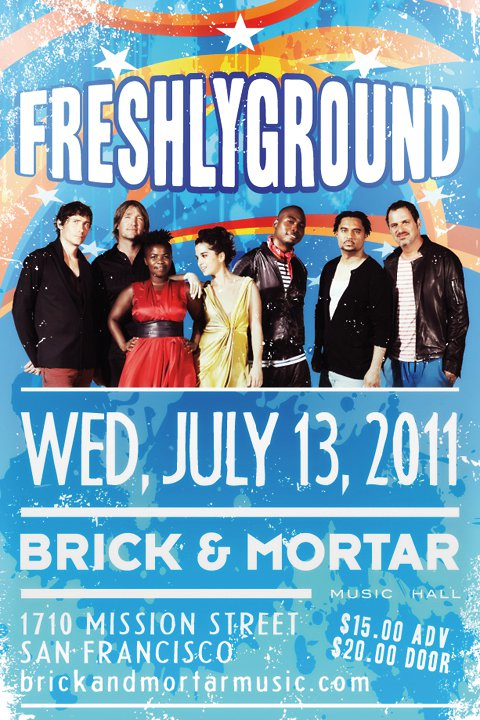 Who: Freshlyground
Where: Brick and Mortar Music Hall
When: 8PM Wednesday July 13, 2011

After gathering momentum and recognition in various African music scenes, Freshlyground, a positively charged Afro-indie band from Cape Town, South Africa is ready to spread their love and music to the world. The Afro-fusion septet whose members hail from South Africa, Mozambique, and Zimbabwe will be debuting in the U.S. at The Brick and Mortar Music Hall in San Francisco’s Mission District (Mission and Duboce), Wednesday July 13th at 8PM. The ticket price, $15 in advance or $20 at the door is definitely worth the joy and excitement that Freshlyground’s live performance is sure to inspire within you.

Front woman Zolani Mahola’s sweet and bubbly vocals caress the fun loving parts of your soul and all you can do is kick up your feet and jump around. The band’s name elicits a recollection of a rich and flavorful coffee, and it’s not a stretch to describe the collective sound of flautist Simon Attwell, violinist Kyla Rose Smith, keyboardist Seredeal Scheepers, bassist Josh Hawks, drummer Peter Cohen, and guitarist Julio Sigauque. Since its 2002 inception, Freshlyground has produced four studio albums, the most recent one, Radio Africa, released in 2010.