FROM THE NEWS NEST: The 54th Annual Grammy Awards – A Wrap Up 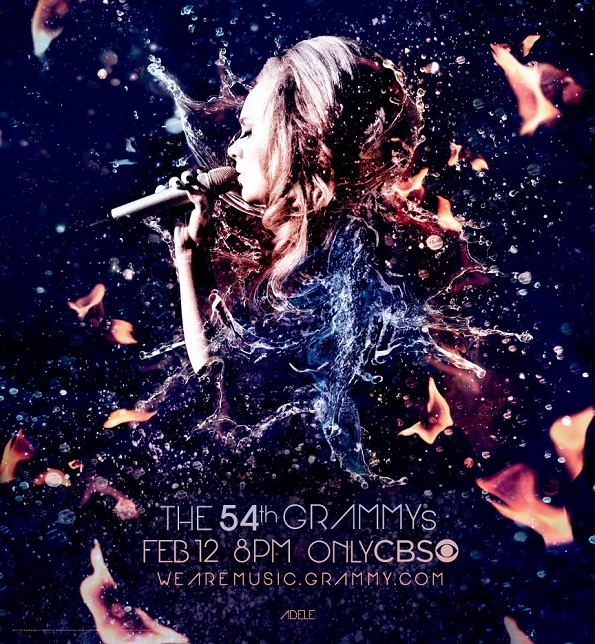 As Sir Paul McCartney strummed the last chords and belted out the last chorus of his song, “The End”, with a little help from rock-n-roll veterans Bruce Springsteen, Joe Walsh and Dave Grohl , The 54th Annual Grammy Awards seemed to be just as much a celebration for the musicians of Grammy’s past as it was an awards ceremony for new music and artists. From the opening words by LL Cool J to set the mood and help us all remember Whitney Houston to Bruce Springsteen kicking off the evening’s live performances with his new single, “We Take Care of Our Own”, from his upcoming album Wrecking Ball, The 54th Grammy’s opened the same way they ended, with words of wisdom and a message of how music continues to change and shape so many peoples’ lives.

UK darling, Adele, was awarded six Grammy’s, and after watching and listening to her first live performance since vocal-cord surgery, each and every Grammy she received was well-deserved. As Dave Grohl of the Foo Fighters accepted the award for Best Rock Performance he gave a fervent speech about making music from the heart with real instruments only to be interrupted by the electric sounds of LMFAO’s performance of “Party Rock Anthem”… oh the irony! Justin Vernon of Bon Iver (an Owl Mag favorite) gave an honest and humble speech after accepting his award for Best New Artist, thanking his fans, the voters, and most importantly his parents. Bon Iver also won Best Alternative Album earlier in the night, which wasn’t televised. The tribute to Etta James by Alicia Keys and Bonnie Raitt as well as the emotionally-charged tribute to Whitney Houston by Jennifer Hudson were beyond words and will always help us to remember the two divas the music world lost in 2012.

Without further ado, below is a list of the winners in selected major categories from Sunday’s 54th Annual Grammy Awards. What do you think? Do you agree with the winners? What about Chris Brown? And how about The Civil Wars!? We have our own opinions but we want to hear yours too!

You can see a list of all the winners from last night’s 54th Annual Grammy Awards on their website.