Good things come in small packages. This saying doesn’t always hold true, but in the case of Zola Jesus, it does.The sprightly singer-songwriter brought her mesmerizing show to the Great American Music Hall Thursday night. It never ceases to amaze that such a booming sounds can come from such a petite person. However, to listen to Zola Jesus sing, there is nothing small or petite about it. 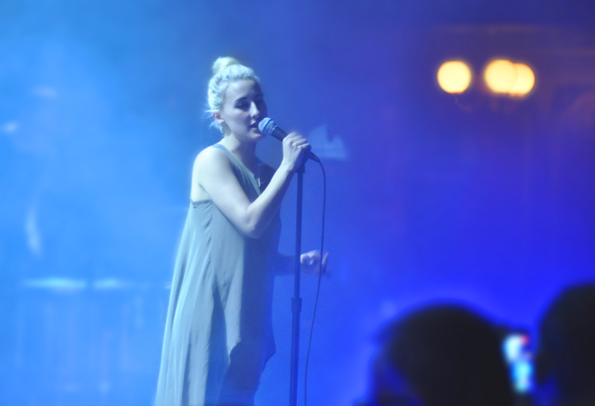 The stage was low-lit in a blue hue. Save for a few spotlights and two glowing blue cubes, Zola and her band stayed in relative darkness. This added to the ominous sound they produced. The music was haunting with a sense of danger, but Zola’s dancing and stage antics brings a playfulness that perfectly balances the band’s post-punk gloom. 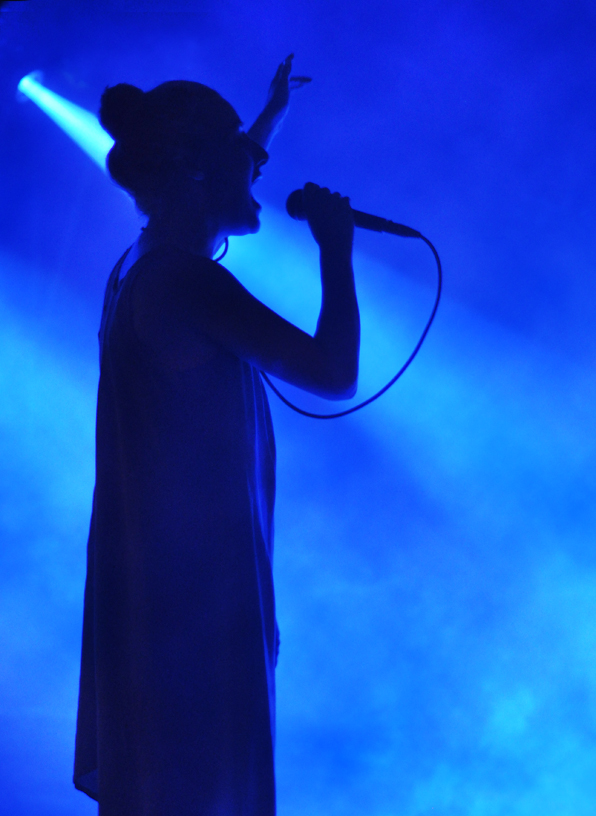 Each song swirls and builds like a force of nature, starting out calm and cultivating into a whirlwind of sound and movement until Zola burst off the stage or leaps to the top of a speaker, of which she did both at Thursday’s performance. All the while, her operatic voice filled the theater putting people in a trance, fixated on the stage.

This band is not to be missed. Their live performance is more of an adventure and never backs down or apologizes. It’s hard to imagine that such a powerful sound and energy is packed into such a tiny person, but after seeing her live, you’ll never think twice about it again.