According to their website, Wye Oak was supposed to be taking a break this month to make new music and rest after months of zig-zagging across Europe late last year. Instead, they made a brief stop at The Troubadour in LA before their appearance at SF’s Noise Pop Festival on Friday night.

LA didn’t fail to greet them warmly. The Troubadour was jam-packed with a sold-out crowd and SoCal had beautiful beach-going weather for the duo from Baltimore. 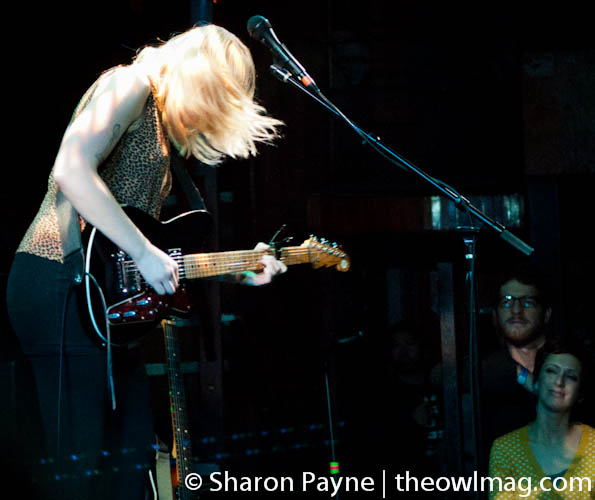 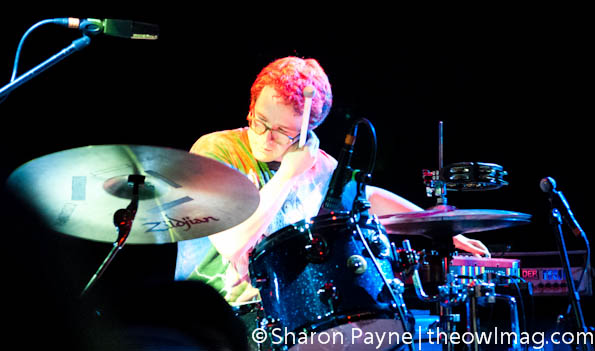 Andy Stack (drums, keyboards, backup vocals) and Jenn Wasner (vocals, guitar) have been making music together since 2006, when they went by Monarch. It was clear by the apparent and total lack of communication between the two while on stage that they are completely in sync musically. Their set was seemingly flawless, with perfectly executed rhythm changes and musical expression that surpasses their recorded work. Between songs, Wasner sipped from a snifter of whiskey and talked about interesting places they had visited during their stop in LA, letting the crowd know that SoCal is definitely someplace she would want to live, given the opportunity. “I’m not picky. I’ll sleep in your garage; I’m serious you guys!” 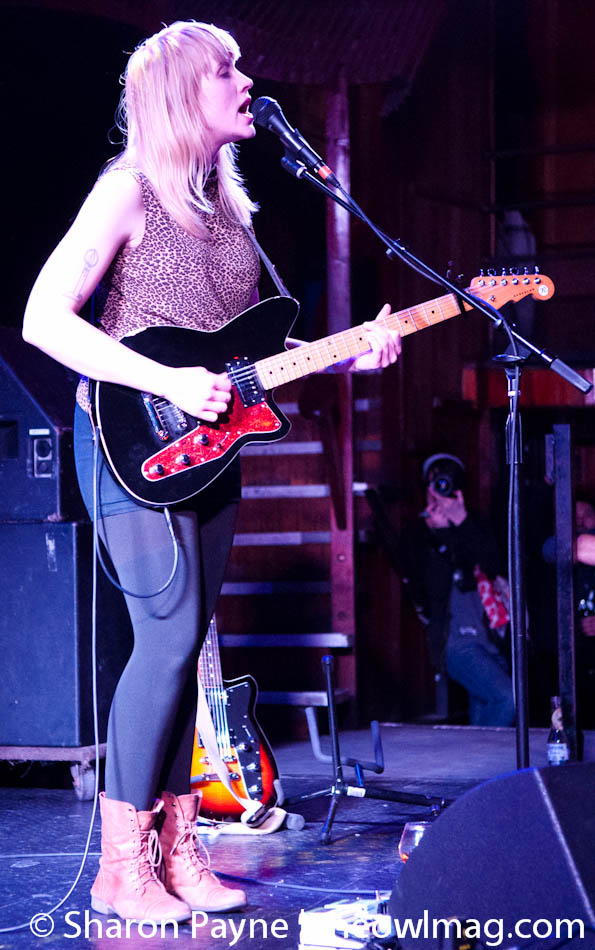 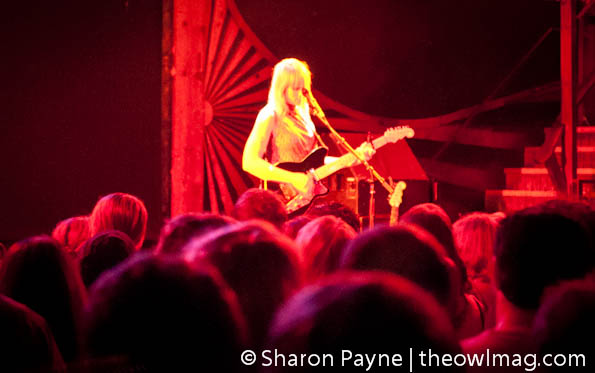 March of 2011 brought us Wye Oak’s 4th release, Civilian, a noisier, dream-poppier take on their brand of urban folk rock. Since their first release in 2007, If Children, the duo’s sound has evolved and grown in complexity and refinement. This may be largely due to the fact that Civilian was mixed by John Congleton (St. Vincent, Shearwater) instead of Stack and Wasner, themselves.

The amazing set was heavy with fuzzy guitar riffs and electronic goodies, but stripped down songs like “Civilian” brought it back to the folk sound in which they’re firmly rooted. They finished the set with a three-song encore, including one of the best covers ever recorded, The Kinks’, “Strangers.”