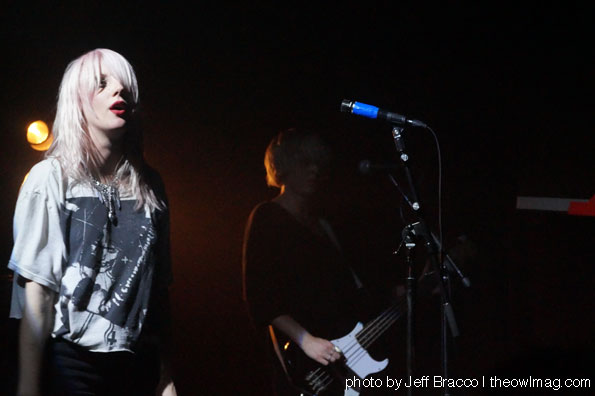 Vancouver’s White Lung are just beginning their tour cycle for the acclaimed Deep Fantasy, while Oakland’s Wax Idols will not be performing live again until their next album is finished. They may not have sold out Rickshaw Stop, but raucous performances and devoted followers shook the shit out of an otherwise sleepy Tuesday night in San Francisco.

In the year and a half since opening for DIIV during Noise Pop 2013, we have witnessed exponential growth in Wax Idols’ musicianship and magnetism. While basic bands play the exact same set list, they always keep us guessing. 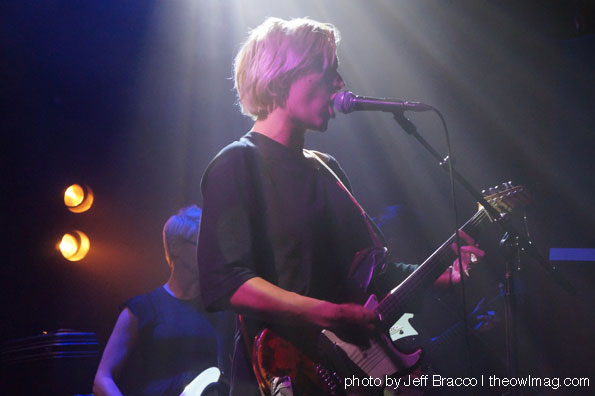 Anticipating the mood in the room, the post-punk five piece took off running and roaring with the magnificent “Sound of A Void”. The mosh pit started during their second song and did not dissipate until the night was over. 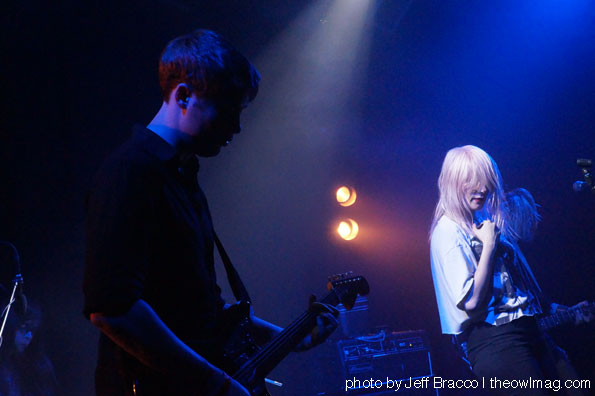 Wax Idols dispensed with mid-tempo numbers for their final Discipline + Desire set, perhaps as a result of Hether Fortune breaking a string during the dynamic melodic interplay of “When It Happens”. Ominous tones from Keven Tecon were a much needed breather, though cheers from the audience demanded more of the goth rock onslaught. Dazzling transitions in “Ad Re: Ian” and “The Last Drop” proved that, whether controlled or unrestrained, Wax Idols are utterly commanding.

The energy grew even more aggressive when White Lung blazed through most of Deep Fantasy, but the growing circle of rhythmic shovers in the crowd remained good-natured at heart. “Drown With the Monster”, “I Believe You”, and “Down It Goes” were arguably the biggest treats in their seamless blend of bracing, sludgy delights. 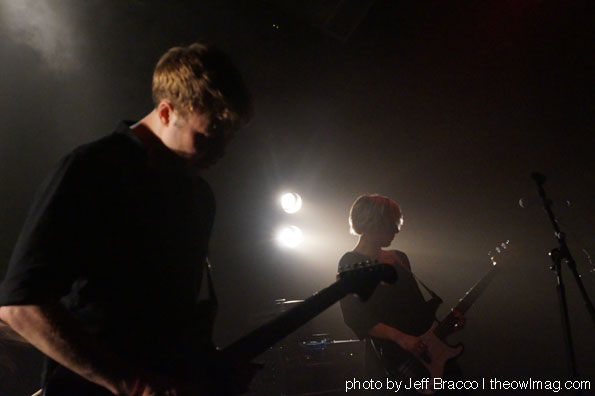 Beyond the concise compositions, rapid-fire drum fills, and crisp licks, there was another aspect at play. Mish Way’s ferocious presence is tempered by the tunefulness of her screams, and there is a hint of glam in the newer songs. It’s as if this hardcore band is secretly on a mission to improve the stigma attached to the word “metal” after decades of misuse.

Hether Fortune was the night’s MVP, pulling double duty on bass and backing vocals. Way & Fortune lobbed superlatives back and forth between songs, vocalizing our own recognition that both of these women and their projects are fine representatives of punk’s glorious future. 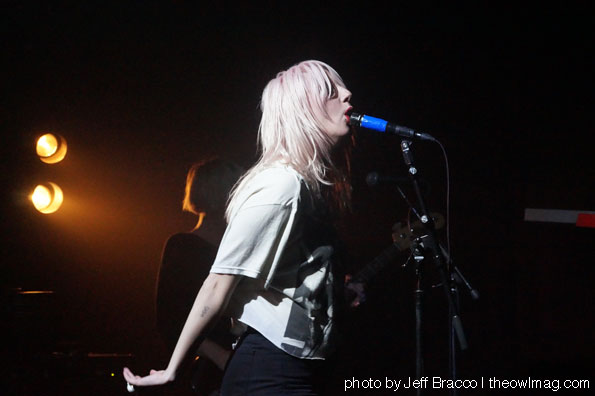 Check out a full photo gallery of White Lung shaking things up HERE!