While the good citizens of Austin, Texas are settling back into their routine after SXSW, every other city in America is welcoming back their musicians with open arms and Los Angeles is no exception. 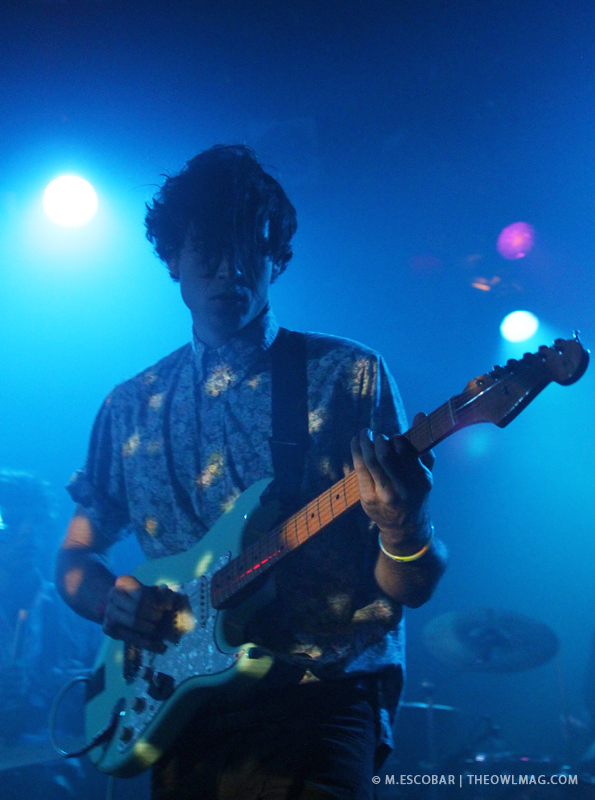 Our own “psychotropical” White Arrows hit The Roxy with full force on Tuesday night, promoting their new EP, Get Gone, at KROQ 106.7’s Locals Only showcase. 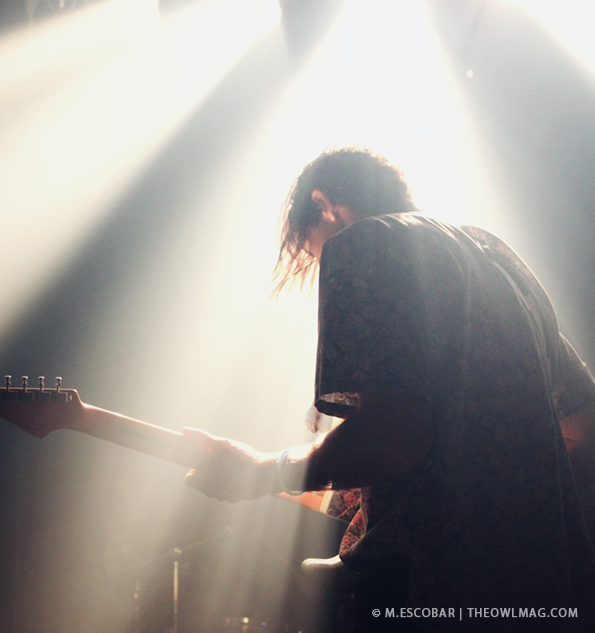 A little light show, some fog action, and then we’re in the grasp of White Arrows‘ swirly psychedelic rock. It was highly appropriate that their lighting was harmonious with their awesome floral/tie-dye wardrobe! 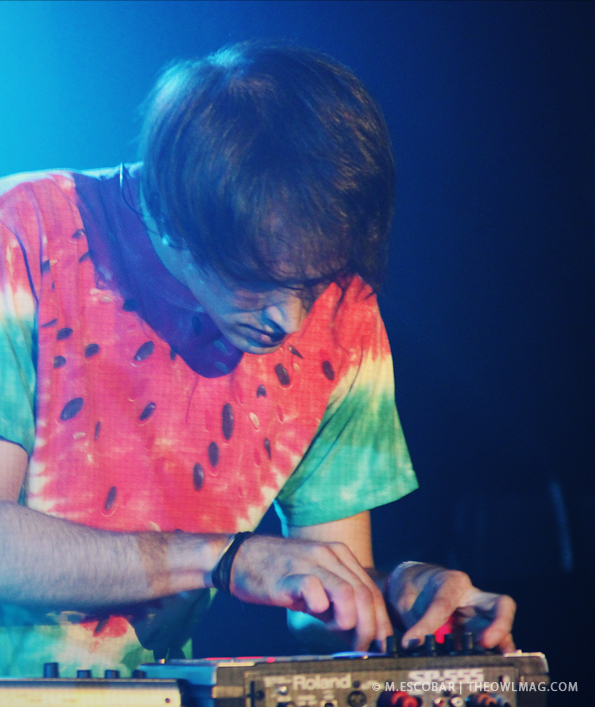 While the quintet has a flair for the trippy electronic, the computer-generated samples perfectly complement the live gear, giving their songs a rich and dreamy sound with underlying punk tones. The guys were animated and interactive, coming out into the crowd with tambourines and leaning over the stage. 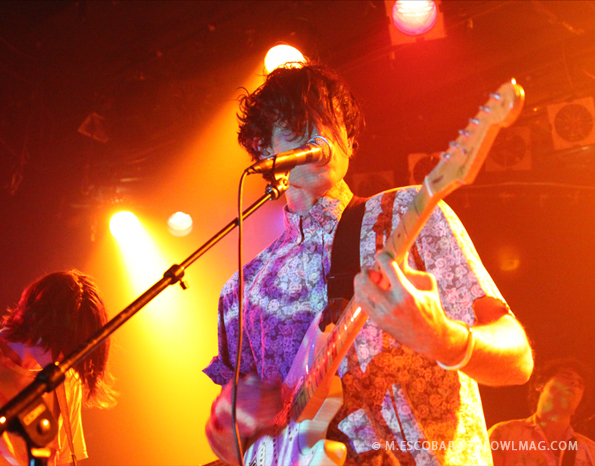 The female population pressed closer as they played, going crazy for the smooth falsetto vocals of lead singer Mickey Church. Fellas, sometimes you just have to step back and let your lady get her groove on. 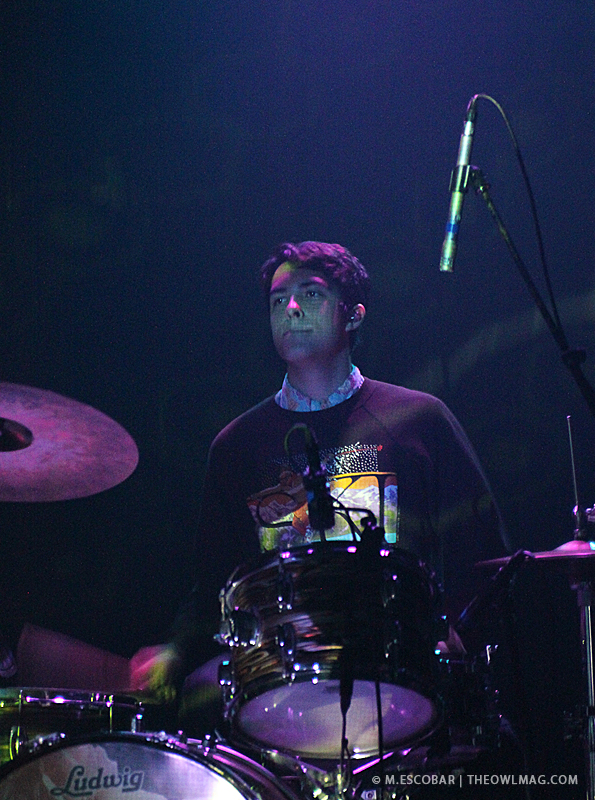 We couldn’t help but be drawn into the energy of the crowd, which consisted of seriously young, ardent fans who eagerly soaked up every song. White Arrows are a young band but their appreciation for the ’70s and ’80s influences their music on so many levels. Songs like “Coming or Going” brought to mind what Television would sound like if their influential punk sound was infused with psychedelic disco. 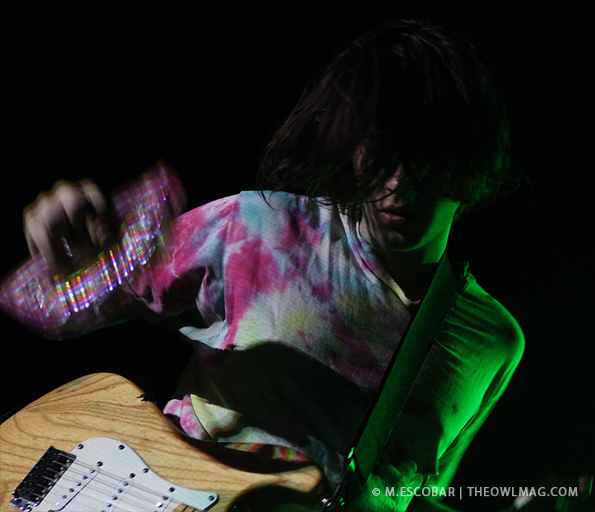 They also delighted their fans with an excellent surf-rock cover of The Boss’ “I’m On Fire,” and a spacey dance version of Fleetwood Mac’s “Save Me A Place.” We were also treated to a new tune, “Fireworks of The Sea,” which is “dedicated to Jacques Cousteau,” and last year’s awesome single “Get Gone” and “The Woods” rounded out the solid ten-song set. White Arrows are headed to San Francisco and the UK next and we eagerly await their return. 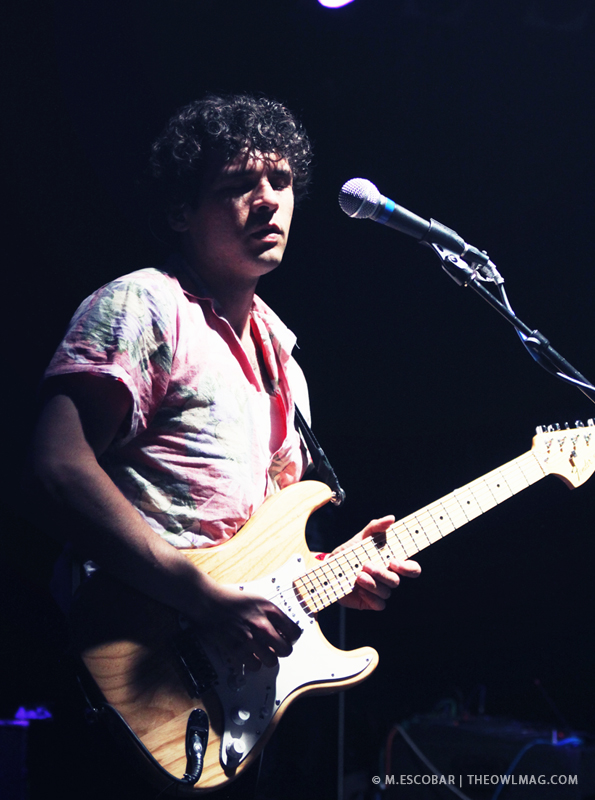 Click here for more psychotropical photos of White Arrow at The Roxy.