We’ve been hearing good things about Toro Y Moi‘s live show since Noise Pop, and had high hopes that Friday would be a much-needed bright spot in Fox Theater Oakland’s questionable 2013 schedule.

LA duo Classixx immediately set the tone for the night with a well-received nu-disco set. Michael David and Tyler Blake sported red and green members only jackets and flounced cheerfully. We preferred their lovelier inclinations like the wistful “Borderline,” but the majority of the crowd was in the mood for kitschy numbers like “I’ll Get You.” A remix of Phoenix’s “Lisztomania” split the difference, and garnered Classixx their most enthusiastic response. 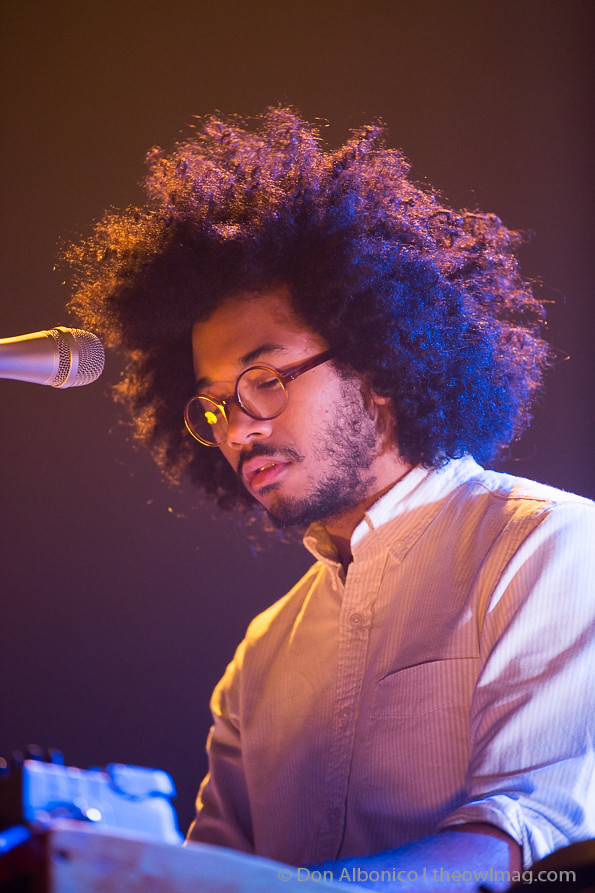 Bass heavy hip-hop blared on the PA in the interim. We overheard excited murmurs that the headliner “is like nothing you’ve ever seen.” OutKast’s majestic “Southernplayalisticadillacmuzik” was a bold choice as the last song before Toro Y Moi’s entrance. “Harm in Charge,” kicked things off, and the throng gleefully devoured the hip-house retro. 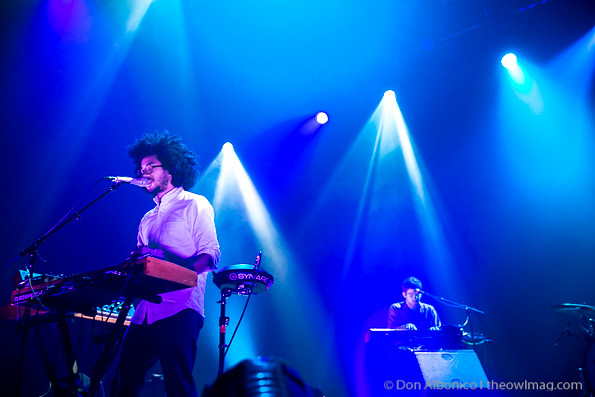 Despite looking like John C. Reilly in Magnolia, Jason Lee in Almost Famous, Adam Goldberg in 2 Days in Paris, and Jason Schwartzman in anything, the dutiful touring band lacked personality. Chazwick Bundick drew focus easily, sporting a wide grin and an afro to rival early Maxwell. His sufficient tenor and falsetto pale in comparison to his catchy compositions and affable humility. Seizure-inducing light cues suggested he was a rock god, but Bundick never acted like anything other than a gracious host. 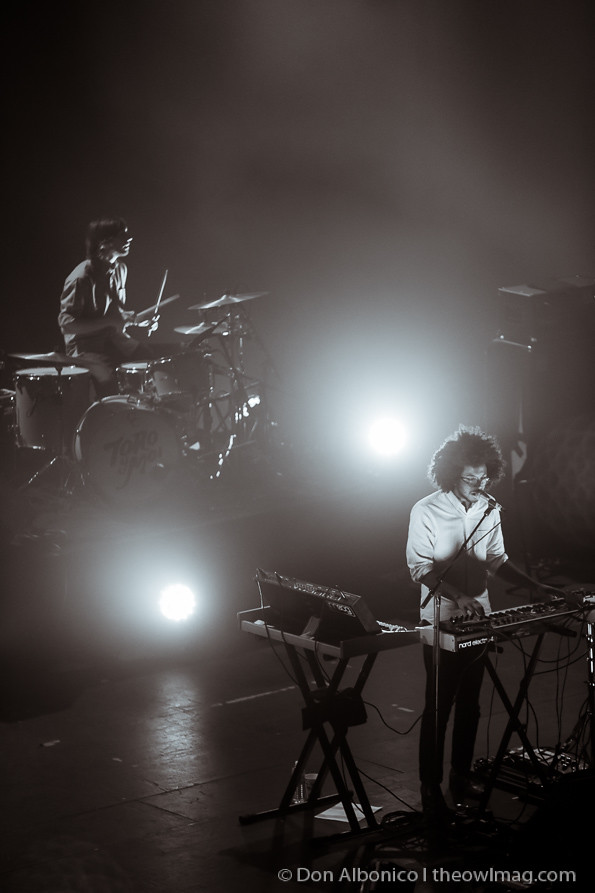 An Underneath the Pine song suite anchored by the stunning “Still Sound” came early in the set. This was the moment we were waiting for, though this was not the prevailing opinion in attendance. “High Living” was a sultry delight that culminated in a confusing declaration: “now we’re gonna slow it down.” Drink spillingly exhilarated though they were, few people had broken a sweat yet. 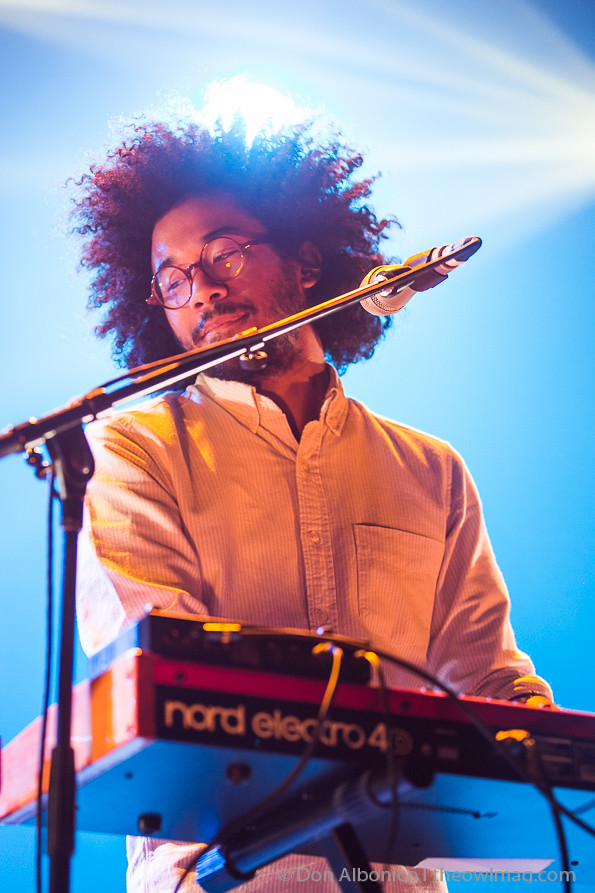 We find “So Many Details” too busy and “Rose Quartz” indistinguishable from dime-a-dozen deep house tracks from fifteen years ago, but when they were played, everyone around us lost their minds. During “Say That,” Bundick sang “we’re alright” like a shrug, but the crowd howled it back as if it was the most profound lyric of the year. Toro Y Moi’s closed with “New Beat,” an audacious title for a song that sounds middle-aged. “Like nothing you’ve ever seen?” Maybe if you’re under twenty-one.