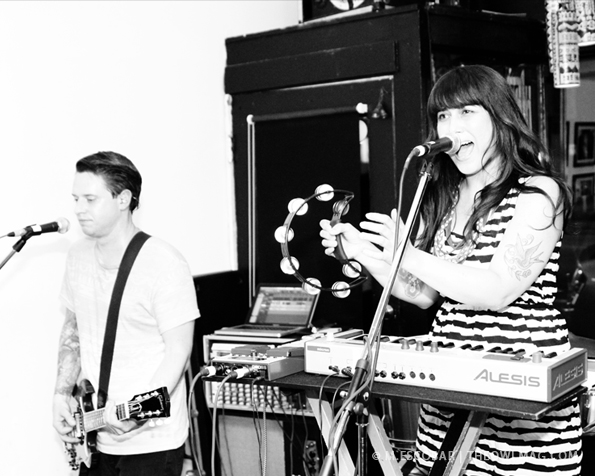 As we’re sponsoring Tic Tic Boom!’s (pictured above) month-long residency, you might imagine that we kinda like them. So we’re fully admitting that from the getgo… 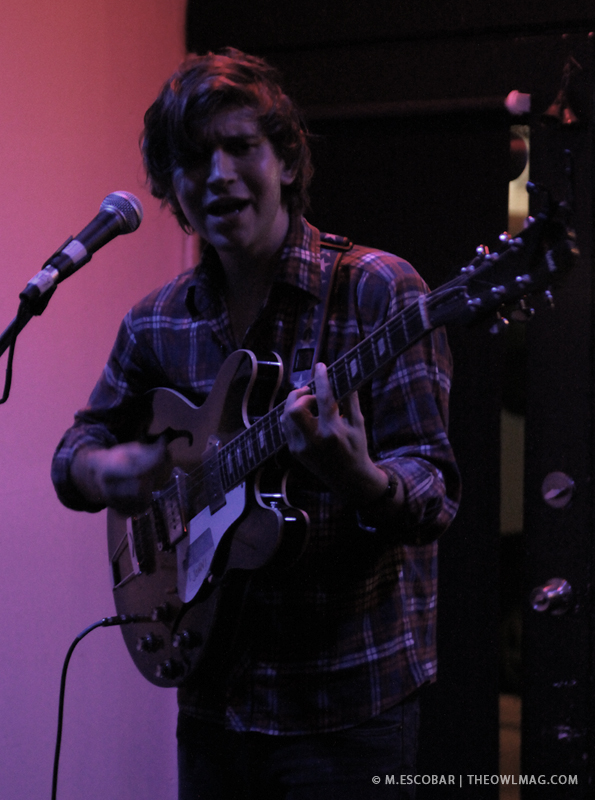 First we were treated to a set by The Miracals (formerly The Smiles, pictured above). The quartet from Southern California is the epitome of the surfer pop-rock genre, and they were a lot of fun live! The guys had the crowd bobbing their heads and laughing at their in-between song quips in equal measure. They also mentioned a fun fact – their latest video for “Pretend” (which we debuted last month — check it out here) was directed by someone working on the TV show “Community,” so if you haven’t seen it yet, check it out – and be sure to catch The Miracals live if you get a chance. 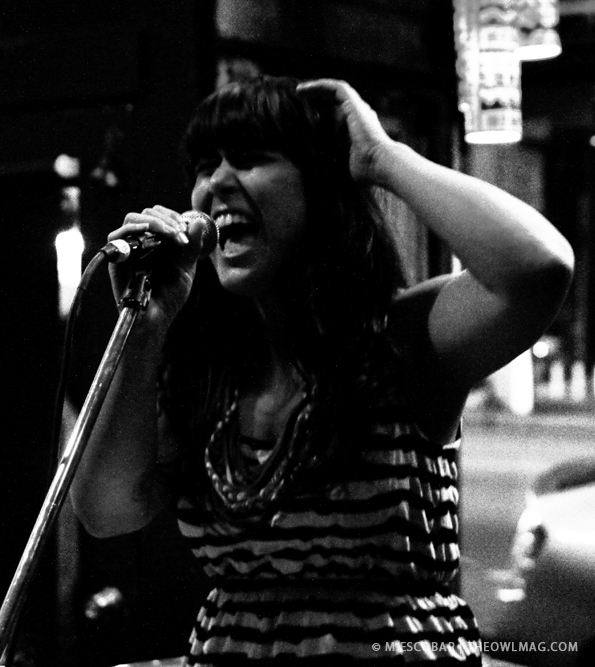 Then Tic Tic Boom! took to the small stage at Lot 1 Café and got to rocking out with songs off their older EPs as well as their latest, Before The Sun Rises. Lead singer and synth player Leilani Francisco got right into it, clearly enjoying every minute as she danced, sang, and played. Guitarist and backup singer Mike Delay jumped around in between bouts of singing and in one memorable moment, joined drummer Trevor Hunnicutt by beating on a floor tom during “The Pattern.” 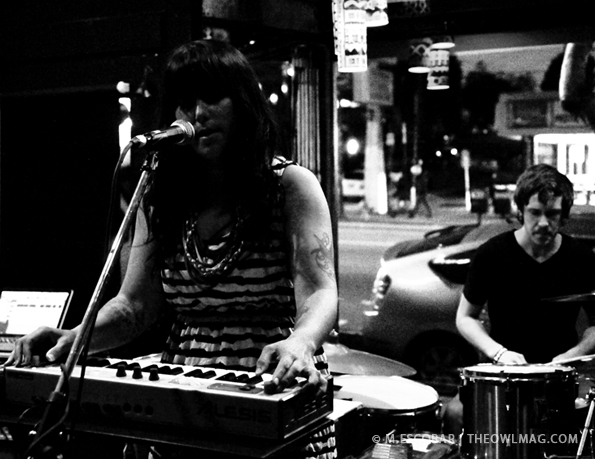 Francisco’s airy vocals were especially beautiful on “Cells,” one of the new songs, and “Constellation Boy” got everyone in the packed room moving. The night ended with bassist Matt Gurgol leaving the other three to cover the Beastie Boys’ “Sabotage” in honor of Adam Yauch. Francisco mentioned that she wasn’t sure she was good enough at rapping, but believe us when we tell you that she more than did the song justice.

Tic Tic Boom! was simply amazing – but then, we expected nothing less. If you can make it out to Lot 1 Café on any Wednesday night this month, we’re sure you’ll end up loving them as much as we do.

Check out more photos from the evening on Flickr!