As an indie change over playlist of Death Cab and Beirut dimmed Monday night at Great American Music Hall, “Africa” by Toto was played in full. With its conclusion, the three Liverpoolians known as The Wombats arrived to rock the delicately designed music hall. 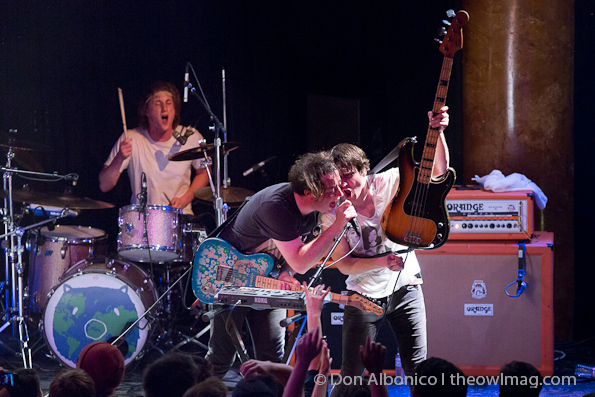 Regardless of the customary divide between teens up front and the 25+ crowd in back, The Wombats got all ages dancing right away with “Our Perfect Disease” from their most recent record, The Wombats proudly present… This Modern Glitch. 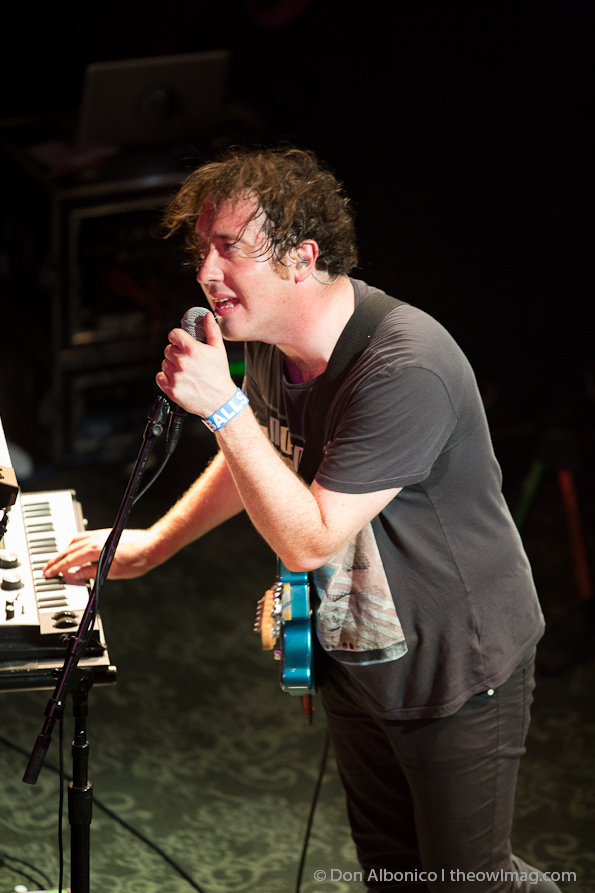 Although touring in support of their newest material, they next took a jump back in their catalog with “Kill The Director” from their 2008 debut LP, A Guide to Love, Loss & Desperation. Lead singer/guitarist Matthew Murphy mostly kept to his playing area, constantly taming his Edward Scissorhands-esque hair, while bassist Tord Øverland-Knudsen was like a kangaroo on speed, bouncing around all ends of the performance space. His moves totally amped the crowd, while Murphy and drummer Dan Haggis kept things apace. 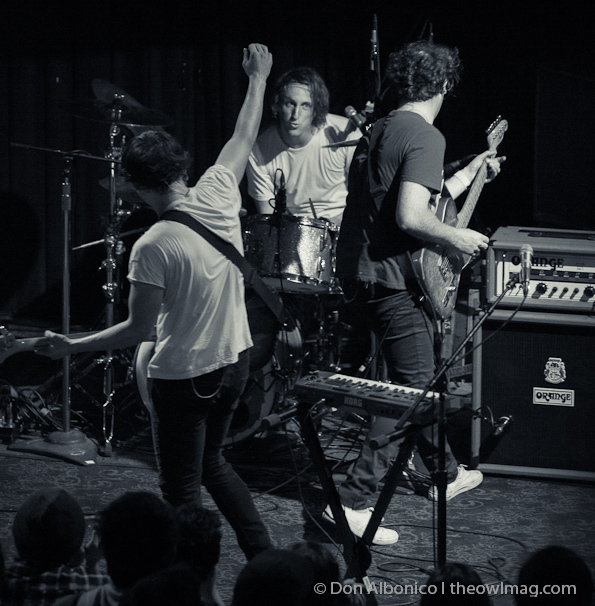 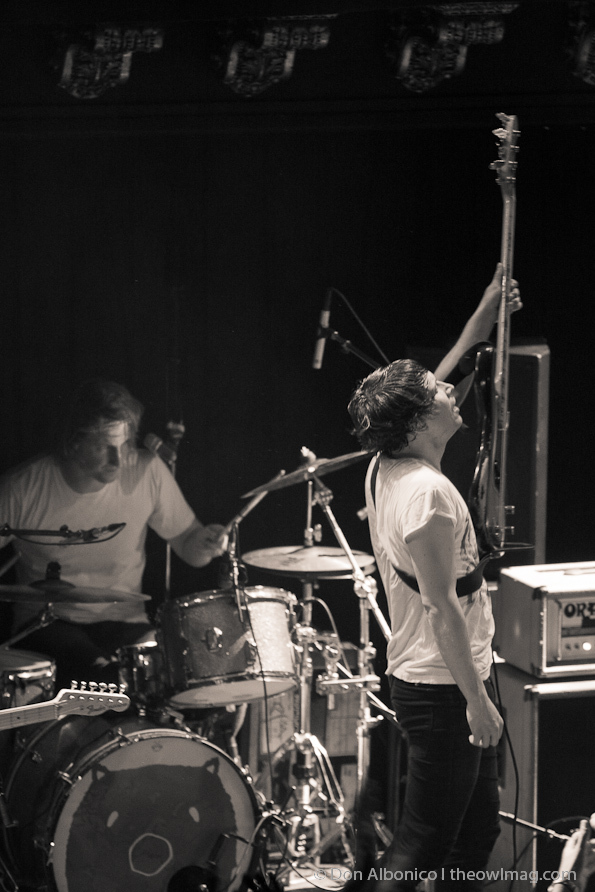 For apparent reasons to anyone who’s spent a season in San Francisco, “Jump Into the Fog” was a huge hit with the fog-experienced crowd… It also didn’t hurt that the single hit number one on Sirius XM’s Alt Nation station this week. 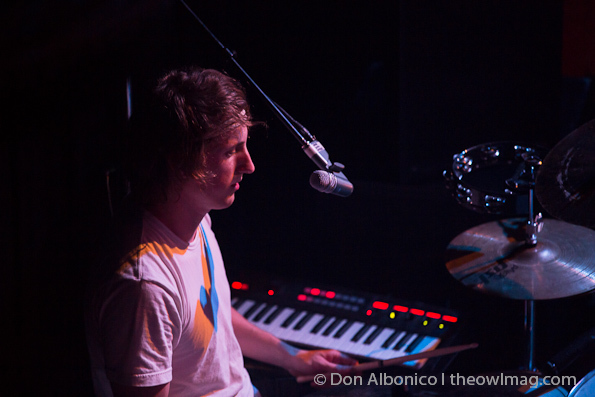 To prep the crowd for dancing before “Tokyo (Vampires and Wolves),” the British frontman said, “One paw to the clouds.” There was zero audience reaction. “Ah, I mean put your hands in the air!” Arms shot up. The cross-cultural confusion was more funny than necessary, as hands were ﬂying and people were partying throughout the entire hour and a half set. 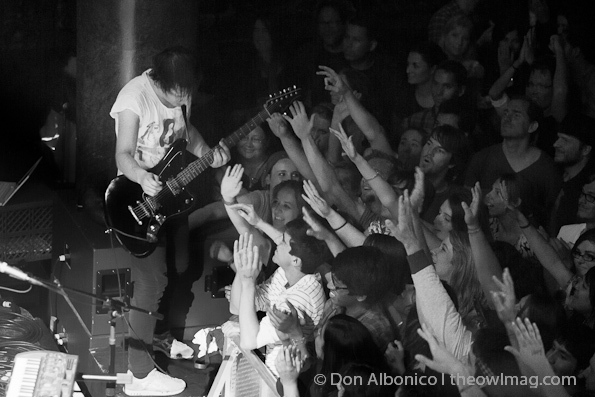 From a bonus head-banging intro and outro on “Moving to New York,” to a pop punk hoe-down break between songs, The Wombats provided a fun Monday night pop punk dance party at Great American. Especially when it came to their encore, they wrapped things up perfectly balancing a passionate go of “Anti-D” with the craziest rocking of “Let’s Dance to Joy Division.” 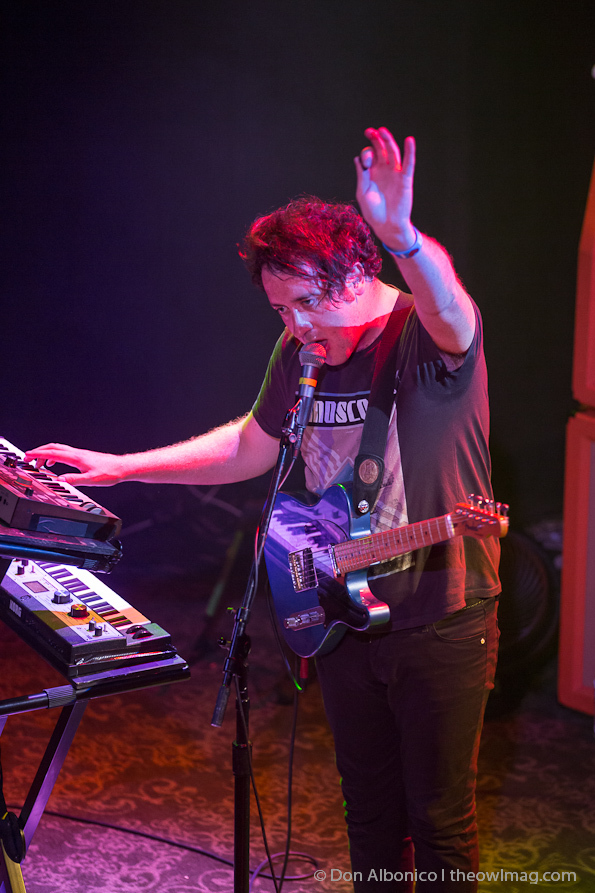 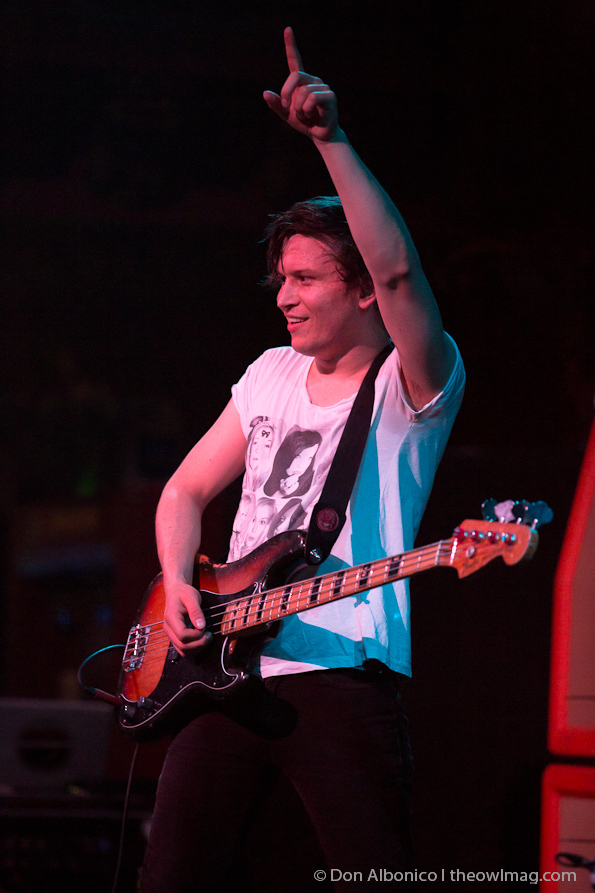