LIVE REVIEW: The Walkmen with Milo Greene @ The Observatory, LA 9/15/12

Saturday at The Observatory marked the final of three Southern California dates for The Walkmen and tourmates Milo Greene. The crowd was a mix of diehard fans who had gone to all three nights and locals who were ecstatic to have The Walkmen playing in their own backyard. 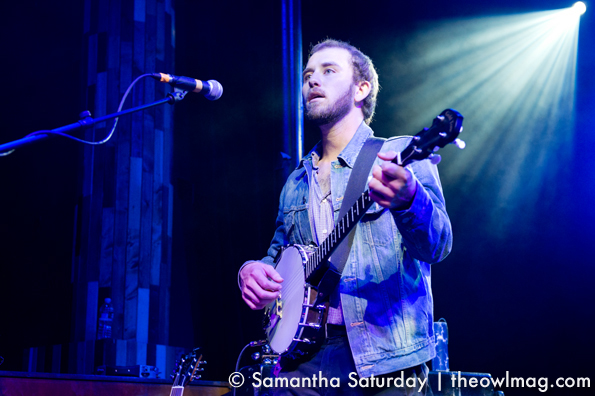 Just before Milo Greene took the stage the light died down to pitch black and the sound cut out entirely. In the darkness the crowd was incredibly silent in anticipation, a quietness that is not typical of any concert. After a few seconds of stillness, the lights came back up and the quintet took the stage. 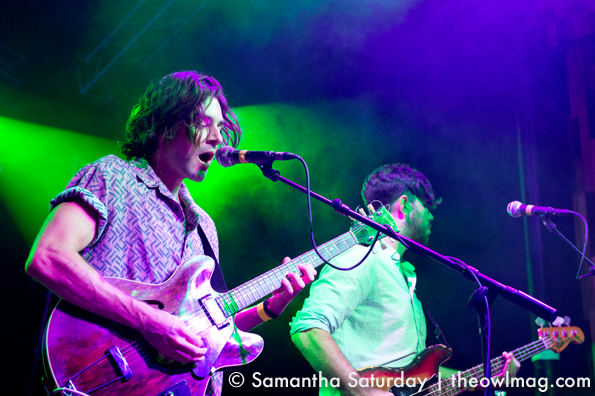 With just five members, Milo Greene filled the large room with a full sound that is sometimes difficult for even the most seasoned bands. Switching up vocals and instruments kept the band’s sound invigorating throughout their entire set, especially showcased in songs “1957”, “What’s The Matter”, and “Silent Way”. 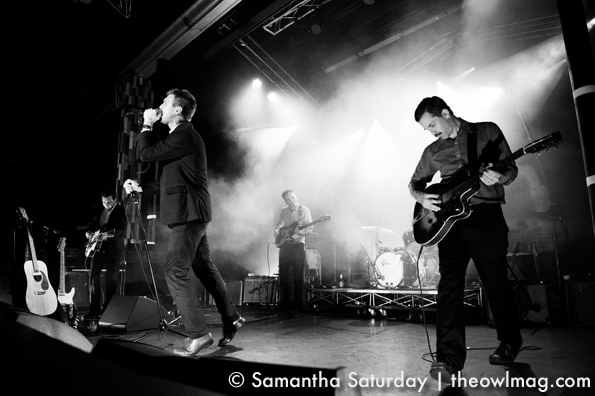 Luckily for the crowd the set change was quick, only requiring the removal of the opener’s equipment. Without messing around, the five gentlemen of The Walkmen took their places and started off with the mellow opening tune of “Hang On Siobhan” from 2004’s Bows + Arrows. 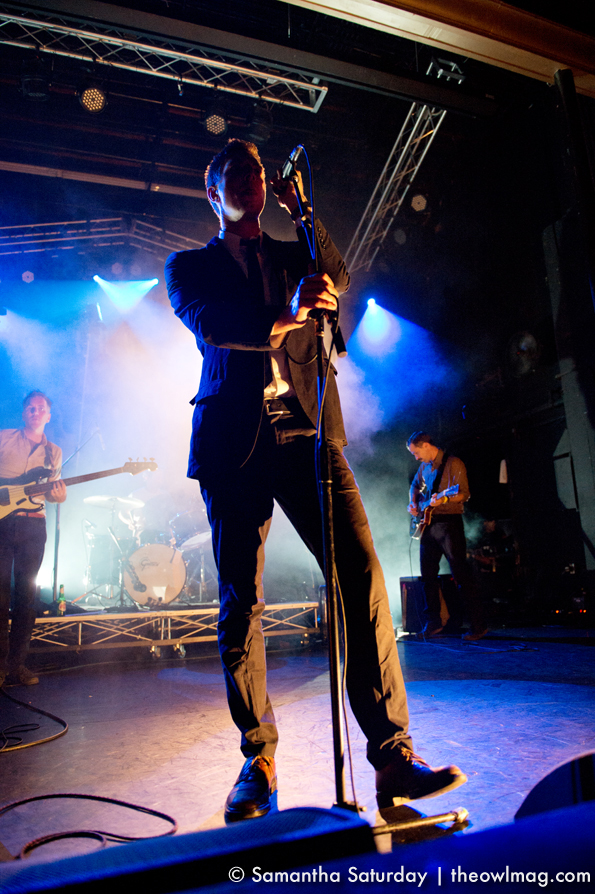 Frontman, Hamilton Leithauser, commanded the stage with his distinctive raspy wail as the band employed upright piano, electric organ, tambourines, and several other instruments to create their unique billowing sound. The band kept the crowd’s attention by interspersing tunes from five of their six full-length releases, including favorites “Heaven”, “Angela Surf City”, and “In The New Year”. 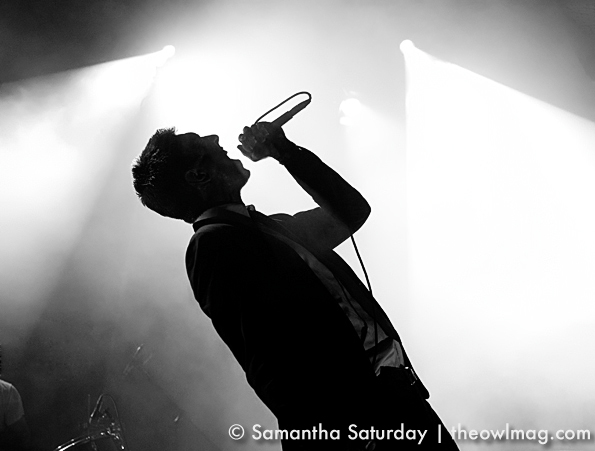 The band especially got the crowd pumped by playing a killer rendition of “The Rat” in their encore, a song not played for their other Southern California dates. The Walkmen exemplify in their live show the type of band that has staying power in today’s fickle music scene. With a distinct sound and their commanding stage presence, The Walkmen are a group music lovers will be sharing with their friends and offspring for years to come.