Saturday marked the second of two sold out shows at The Independent in SF for The Walkmen, who are celebrating a decade of making exceptional music. I could make the argument that The Walkmen are one of the five greatest bands working and have two of the 10 best albums of the last decade (Bows + Arrows and You & Me), but I don't think my editors would appreciate a 10,000 word love fest. Instead my report will summarize one of the best shows I have ever witnessed: a two and a half hour display of talent and craftsmanship, a super show with no opening act which played out like a greatest hits set, complete with the band taking requests. 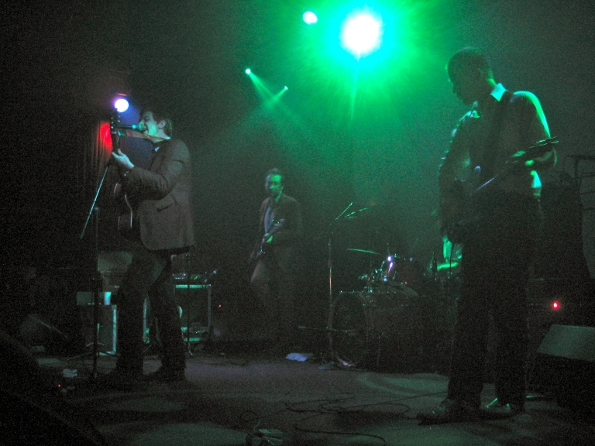 “What's In It For Me?” started the show and established the composed rage that was a trademark of the band's earlier records. “The Rat” and “Little House of Savages” immediately followed and had the place going nuts. In earlier tours, “The Rat” felt like it cast too large of a shadow over the rest of the set, and the guys seemed reluctant to play it, but at this point in their career (and with so many exceptional tracks that are every bit its equal) it served as a place-setter for the evening.

“Angela Surf City” was amazing with movement and tempo. “In The New Year” had the audience wailing alongside Hamilton Leithauser as he sang “Oh, I'm just like you, I never hear the bad news. And I never will! We won by a landslide!” I get chills remembering it. 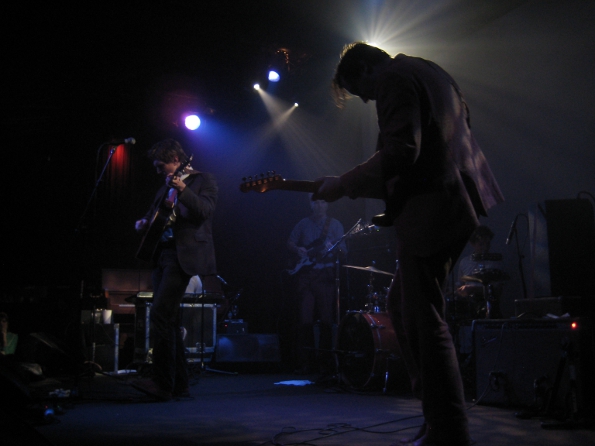 After a brief break, Hamilton reemerged with a cup of steaming water and a slice of lemon, no doubt to soothe his overworked vocal chords. He performed a new song and “Hang On, Siobhan” before the rest of the band joined him and started taking requests. They played the bass-heavy “Donde Esta La Playa,” and closed the set with “Thinking Of A Dream I Had,” (the best song of the night) and a really good new track called “Heartbreaker” which gave the audience a sign of what's to come.