Take any of the derivatives of the word “ethereal,” otherworldly, airy, celestial, all would accurately define the Friday night performance of the Staveley-Taylor sisters, better known as The Staves. Natives of Watford, Emily, Jessica, and Camilla brought their perfectly blended vocals to San Francisco for the first time and the sisters coyly jested that watching “Mrs. Doubtfire” and “Sister Act” was a part of their preparation for San Francisco. The Staves have steadily built a strong fan base since touring with Bon Iver and The Civil Wars and created quite the buzz at SXSW’s Communion showcase at the lovely St. David’s church this past March. The buzz is well-deserved. 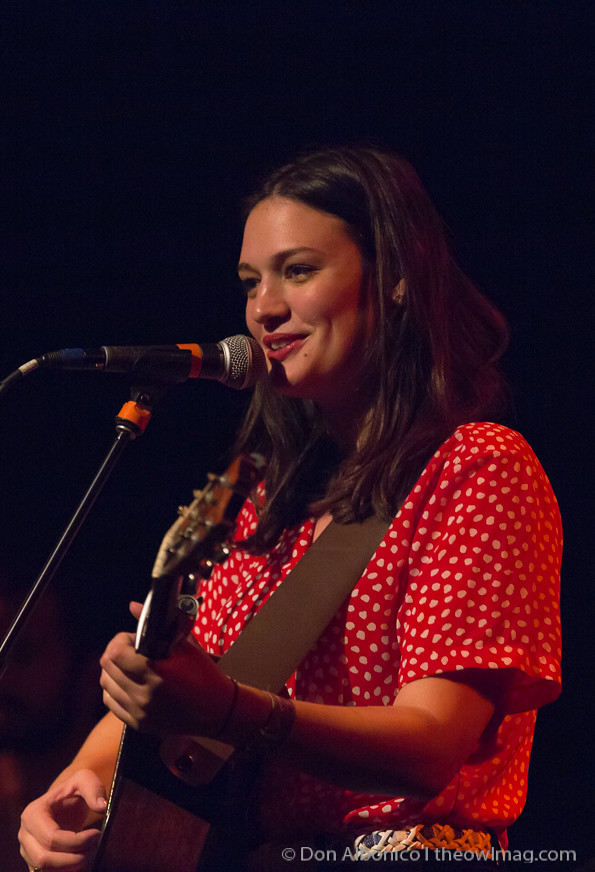 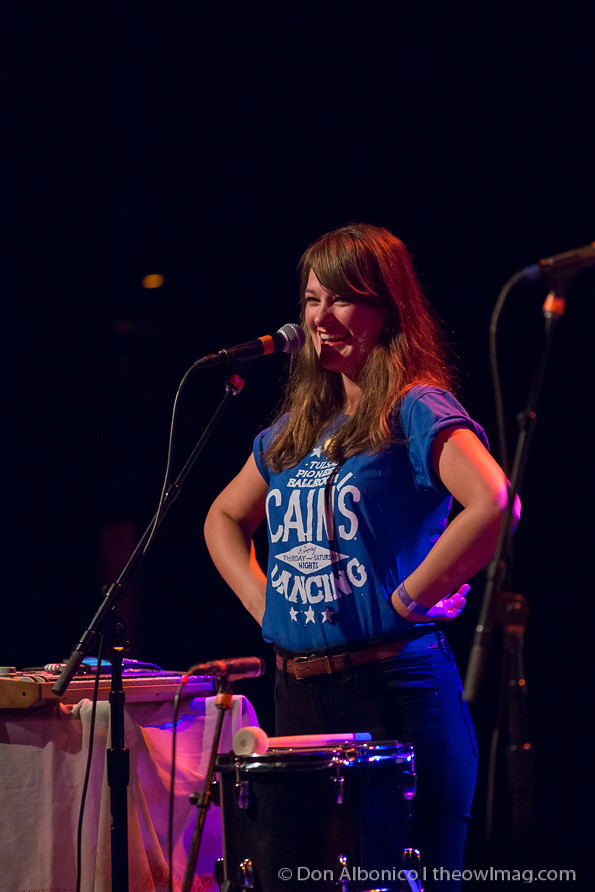 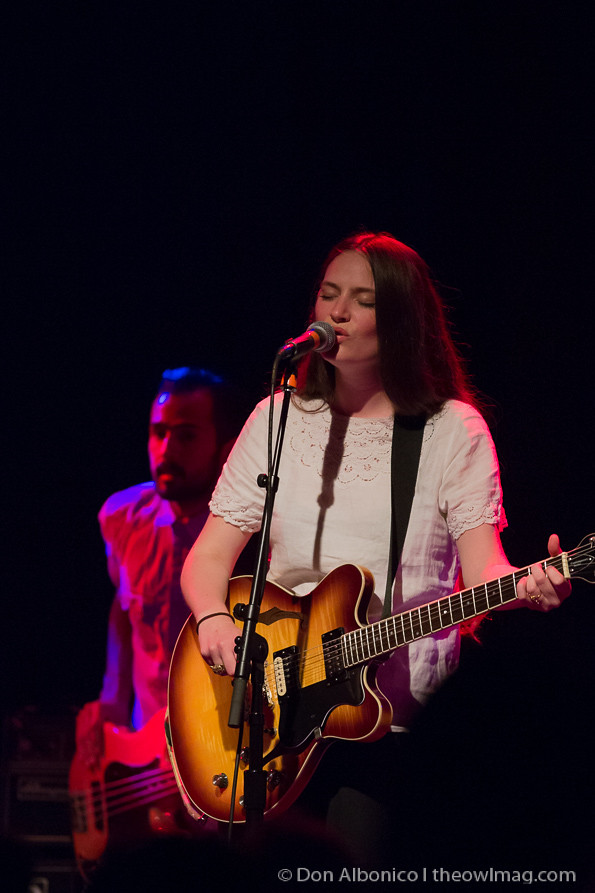 Whether due to growing up together in a musical household, sharing sisterly intuition, or a little bit of both, the Staveley-Taylor sisters have honed their ability to effortlessly meld harmonies. This has become their calling card and as such their vocals were the centerpiece of the show. The Staves greeted the crowd at The Independent with a few acoustic numbers, “Gone Tomorrow” and “Icarus,” with an endearing vulnerability. With just an acoustic guitar, an occasional ukelele, a single tom drum, and three mic stands, there was nowhere for these girls to hide. No vocal distortion, no reverb in the monitors, just raw vocal ability. Every breath, every key change, and every guitar chord were audible. 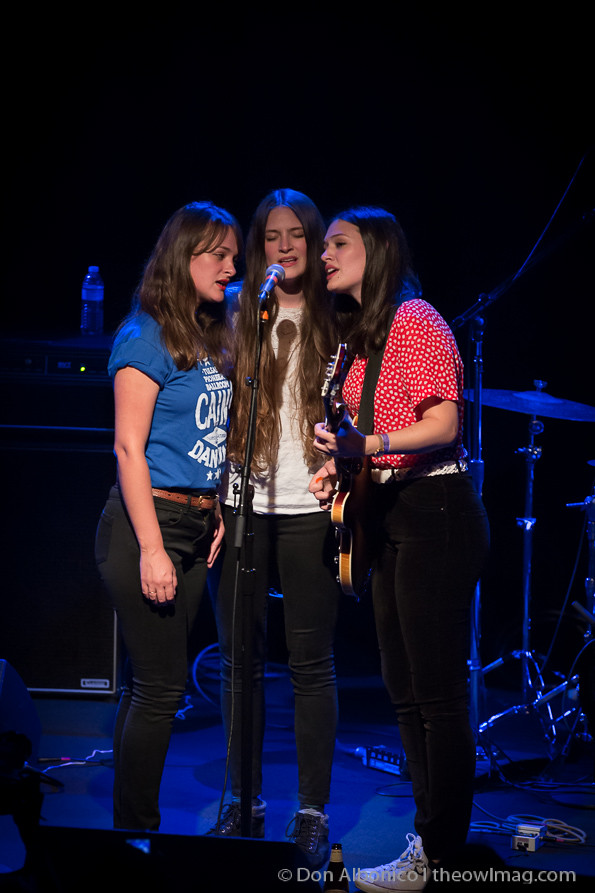 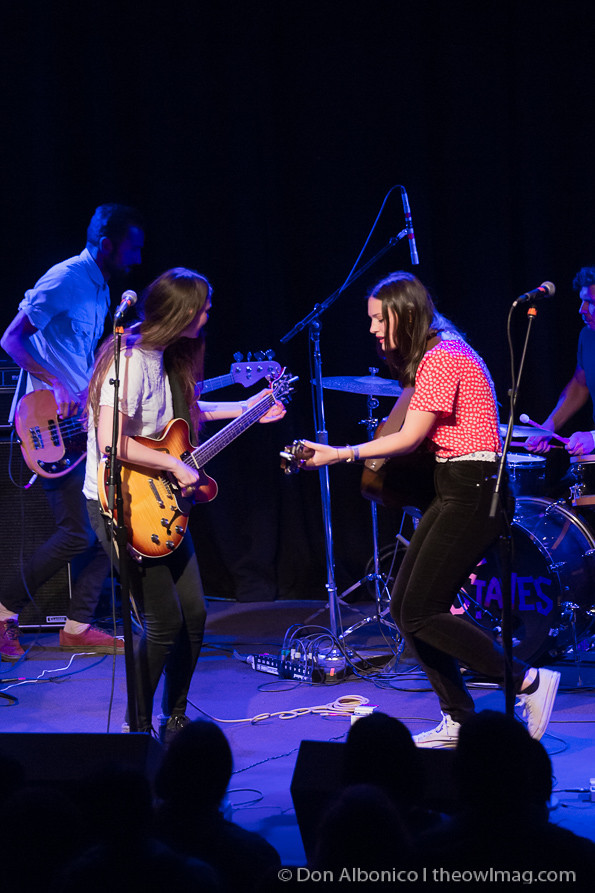 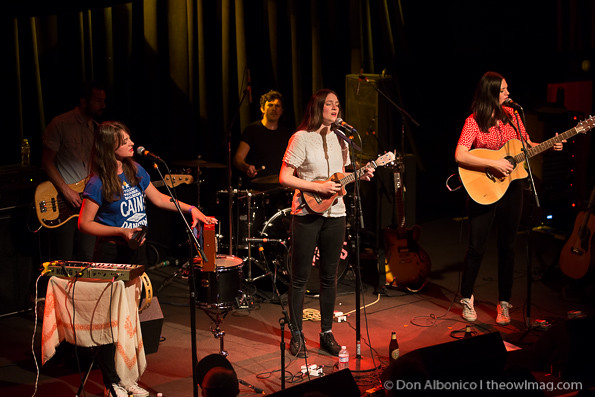 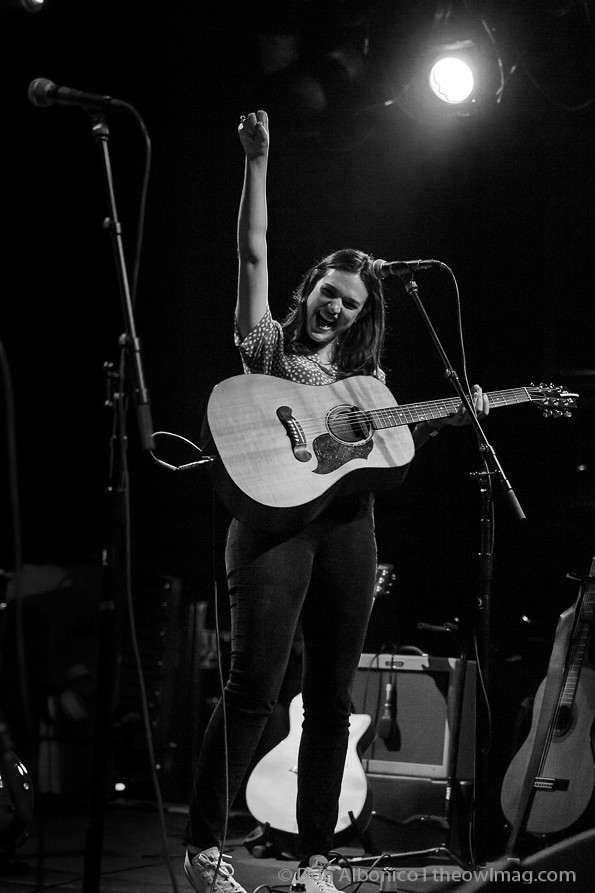 Don’t let The Staves fool you. Though their appearance is as sweet as their voices, they have a cheeky side too that peeked out during their set. Between each song, the girls would segue into the next by explaining the genesis or a little anecdote behind the song. For “Tongue Behind My Teeth,” the girls proclaimed, “this is a song about someone we really hate,” and further explained that the video for “Facing West” was shot in Big Sur and “it was the first time seeing elephant seals. Those things are fucking weird! They’re so faaaat!” If you didn’t already love The Staves after hearing Dead & Born & Grown, The Staves made sure that you left the show adoring the whole package. With voices that comfort and personalities that entertain, it was hard not to gravitate towards their entrancing demeanor. It takes a quiet sort of bravery to put your emotions on display but when your siblings are at your flank, you can be reassured that they’ll be there if you falter. 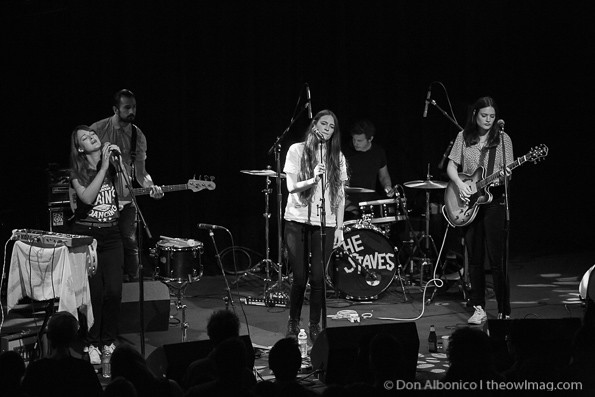 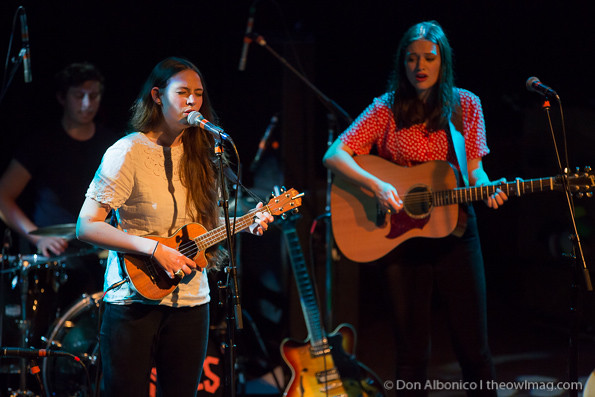 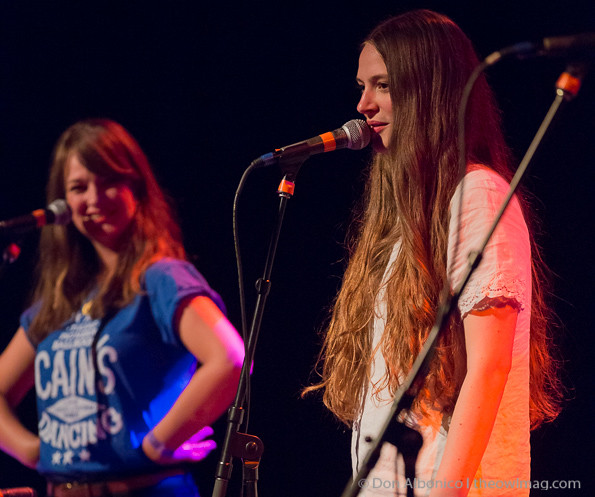