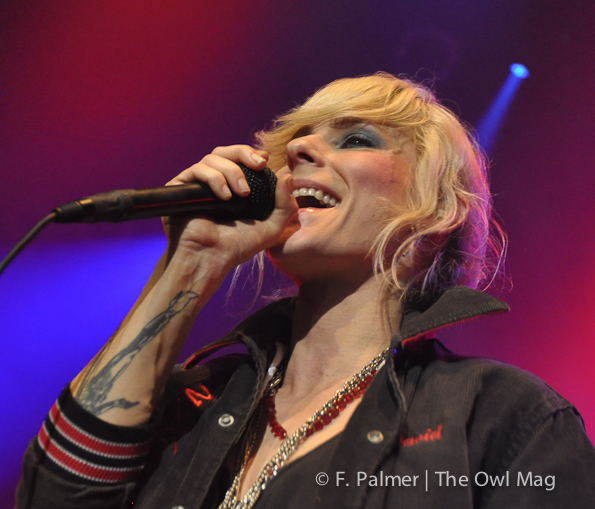 According to The Sounds website, their musical style has been compared to New Wave bands such as Blondie, The Cars, and Missing Persons. No doubt the comparison is not only based on their musical style, but also the fact their front woman Maja Ivarsson is a slender attractive blonde. If visions of the Debbie Harry, circa 1978 come to mind, stop and picture Debbie Harry with muscles on speed! Ivarsson is what Madonna would look like if she played in a punk band. 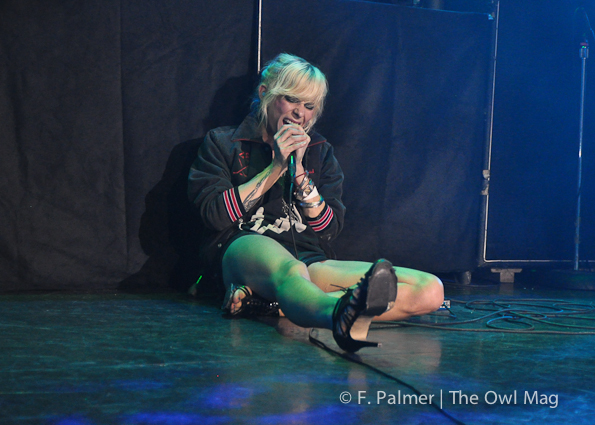 The Sounds entered the stage of the sold out Avalon to the thunderous bass of “It’s So Easy” the first track off of their latest album Something to Die For. The song’s simple lyric “It’s so easy when you know how it’s done you’ve gotta seize the moment before it’s gone” set the theme for the night, as the band played through 18 songs with ease, rarely stopping to take a breath. 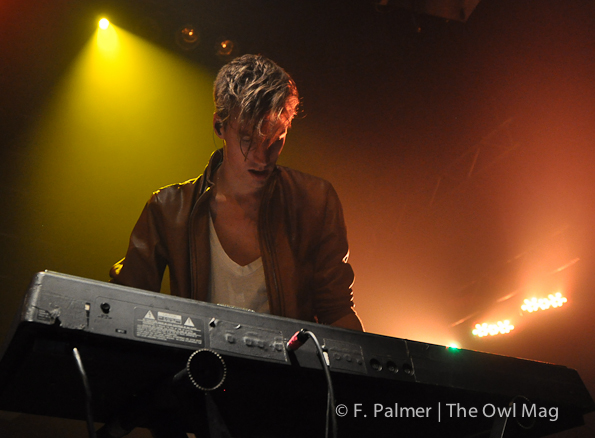 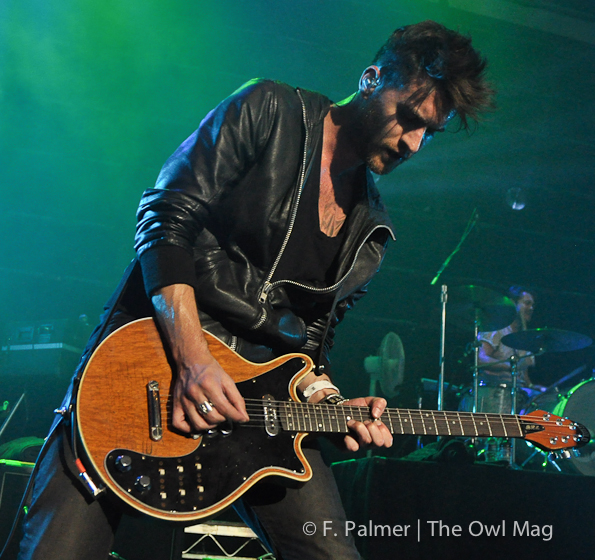 The Sounds played a solid mix of songs from each of their four albums including, Living in America, No One Sleeps When I’m Awake, and Song with a Mission. Unlike most artists, Ivarsson never had to ask the crowd to put their hands in the air. The audience was a sea of raised hands and bouncing bodies that seemed to be familiar with The Sounds entire catalog dating back to 2003.

The Sounds show brought to life the true definition of New Wave including solid electro-disco rock, high voltage synergy between the band and the crowd and the punk rock attitude of Ivarsson as she flicked a lit cigarette off the stage. The night ended with Ivarsson invting her loyal fans on stage as the band played Hope Your Happy Now. For a moment, The Sounds brought New Wave back to LA.