Walking up to the Observatory on Tuesday night, we were a little befuddled to hear that the main room was closed for the night. Wasn’t The Polyphonic Spree supposed to play there? The security guard informed us that the show hadn’t sold enough and was downgraded to the smaller stage. We figured that the Constellation Room would be packed, but we quickly came to find only about a dozen concert goers milling about, waiting for the openers to begin their set.

Some fans chattered loudly as Haunted Summer began playing, clearly only in attendance for the headliner. Full of distorted vocals and feedback, the L.A. group made us feel like we were on an acid trip gone wrong, complete with an off-kilter rendition of Animal Collective’s “Bees.” 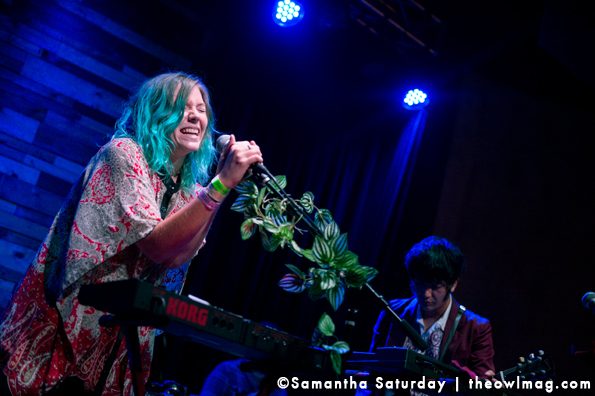 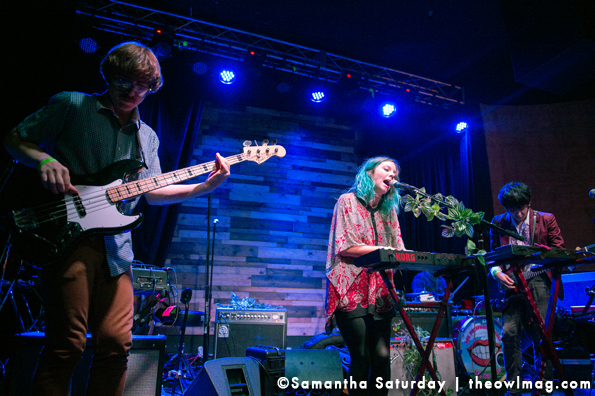 Relief came just in time in the form of Harper Simon (yes, the son of singer Paul Simon), whose straight up, guitar-driven indie rock was the perfect comedown. Along with his bandmates, Simon’s performance transported us back to a simpler time in rock and roll. 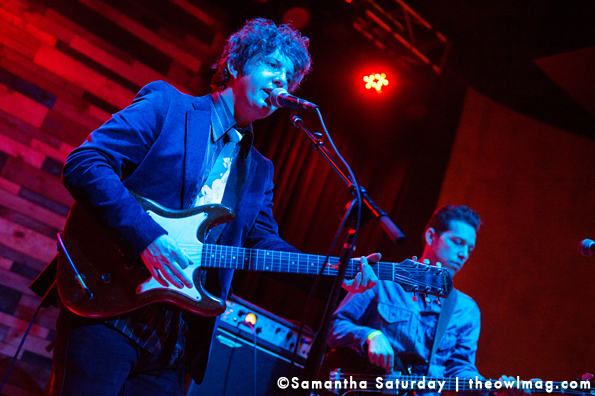 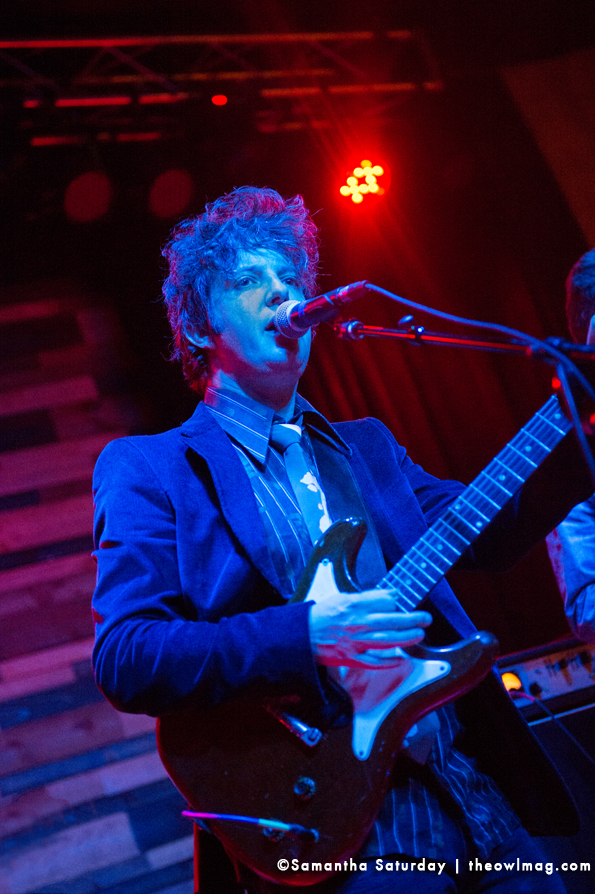 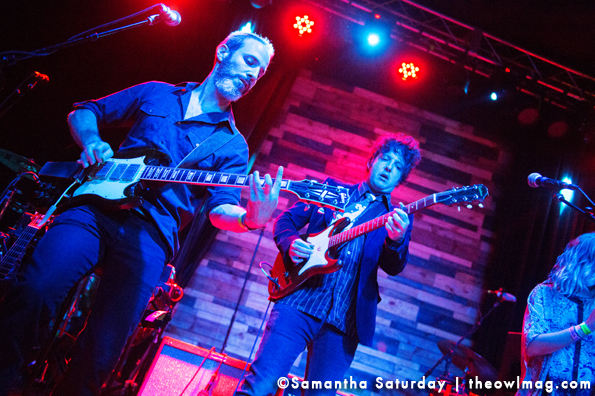 Then what everyone in the room was waiting for – not just The Polyphonic Spree itself – but also how the 17-piece band would tessellate onto the itty bitty stage of the Constellation Room. Six years in the making, the group’s newest release Yes, It’s True is well worth the wait.

At first mastermind Tim DeLaughter looked out at the sparse crowd with a disheartened glance, but as fans in the front row began to bob and mouth the lyrics along with him, his frown faded. Within three songs the entire morale of the band turned around. 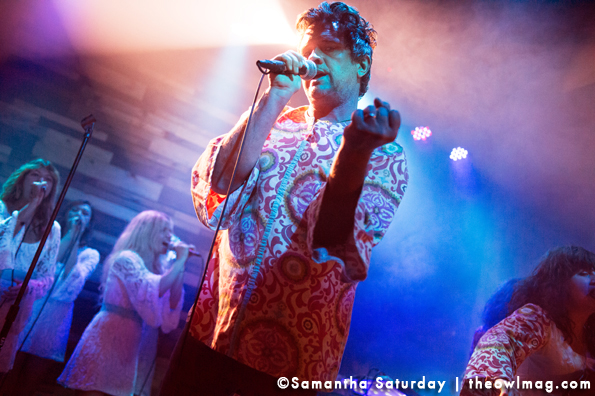 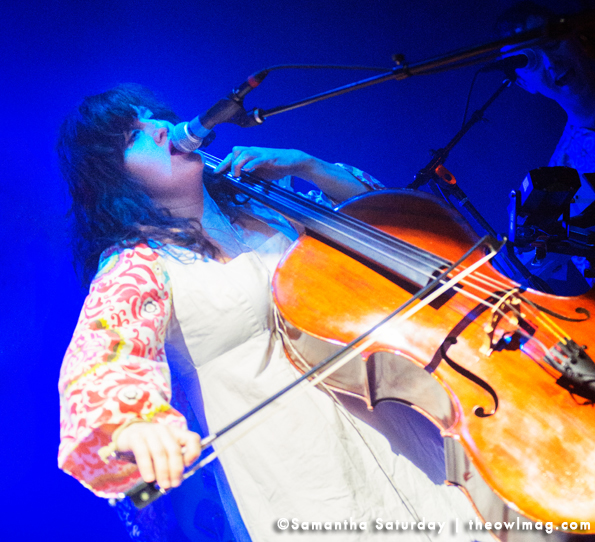 The switch to the more intimate room became a blessing when the lighting during “Popular By Design” dimmed and the remaining dark void was filled with swirling white and green beams. The awe of the crowd was nearly audible, as it felt like the room was literally engulfed in light, which might not have felt so enveloping in the larger room. 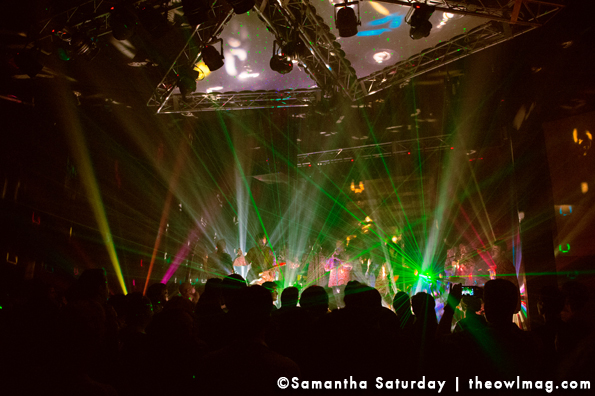 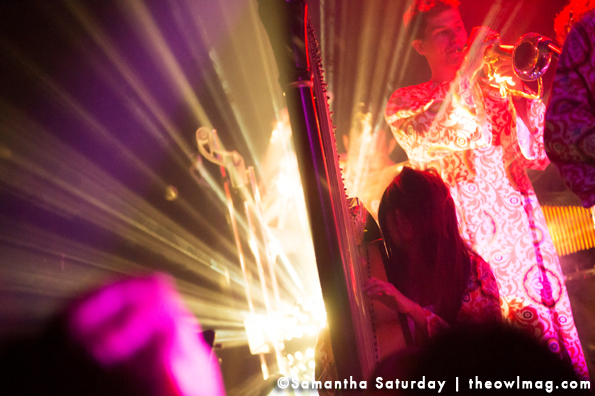 Throughout the show DeLaughter would reach out a hand and pulled it back in with great force, as if he were channeling the energy of the crowd out of the air to fuel his performance. And it seemed to work. The band appeared to experience what many might from listening to The Polyphonic Spree’s tunes – taking something negative and turning it around with a sunnier attitude. In the end, the experience was one-of-a-kind and those of us lucky enough to live it will forever be hooked on The Polyphonic Spree. 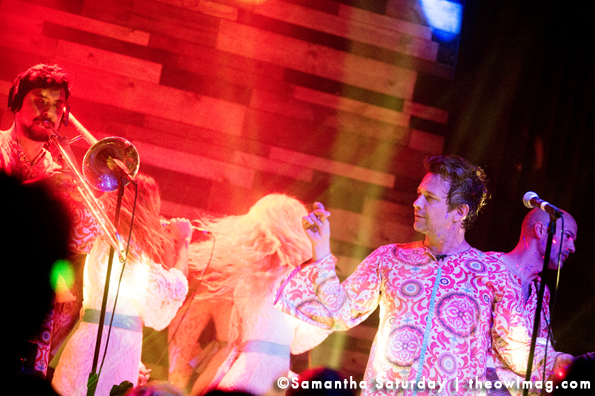 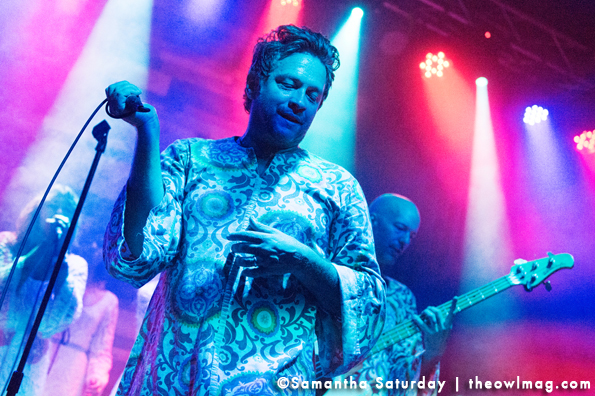