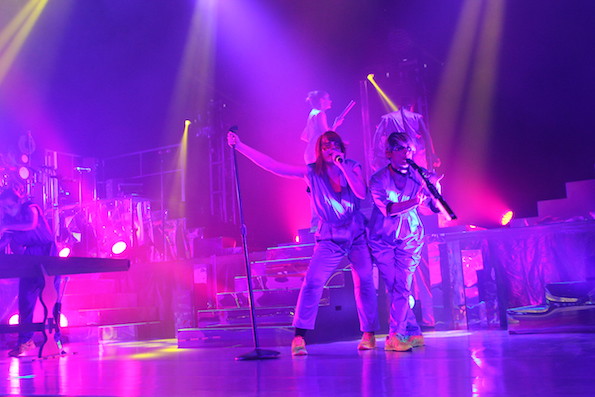 Based on some of the dark imagery that Swedish siblings, The Knife, have projected over the years, we worried that going to see them live would be akin to going to a haunted house – and we frighten easily.

What we encountered instead was an entirely fun and energetic show, closer to Cirque du Soleil levels of entertainment, but replace the ultra shitty music with awesome music! That’s The Knife show in 2014. For the Shake The Habitual Tour, they have become a collective performance troupe, with eighteen members all uniquely contributing to the show. There was so much going on, it became confusing and disorienting as to who was doing what. It seemed intentional, as if you weren’t supposed to focus on the individual, but the whole. The choreographed dancing was legit, they absolutely tore up the stage. By the time “Silent Shout” closed the show, the whole place was jumping in unison.

It was really fun, and this wasn’t always the case with the band. They’ve had a strained relationship with success and the media in past, and on this tour it was great to see them embracing their fans.

They’re still shadowy, but the masks are off and they seem to care about entertaining. There was an openness and lack of self consciousness which felt entirely un-American in the weirdest and best possible way. The show opened with an aerobics instructor, and it set the tone for The Knife’s performance. Both the instructor and The Knife served as guides for how to react to the music. At one point they all sat on the stage while one of the performers did a spoken word piece. It was a culmination of visual, musical, and performance art unlike anything we’ve experienced.

Songs from Shaking the Habitual dominated the set, and they sounded great live. They sprinkled in some older tracks as well, “One Hit” and “We Share Our Mother’s Health” got a great response. After the curtain came down, most of the audience stuck around and continued dancing. In another act of generosity, the band expected this and kept the light down and the music blasting. 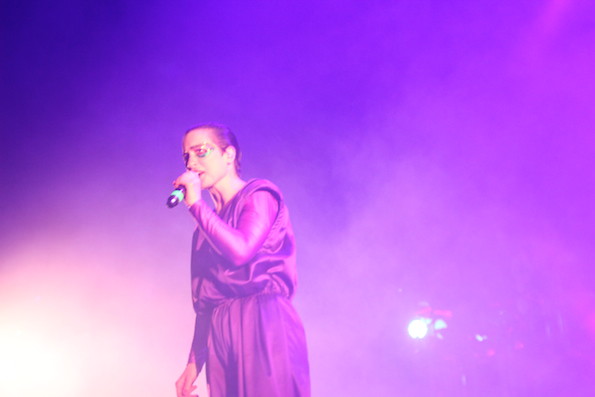 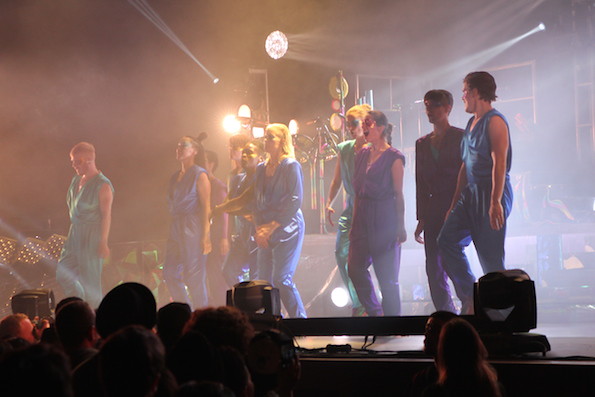 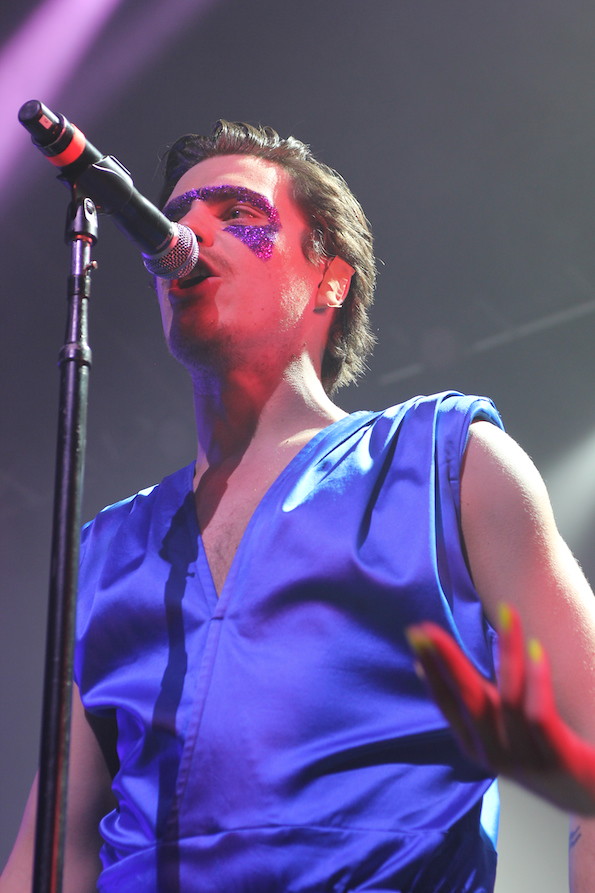