For a band that hasn’t released any new material in three years, Alison Mosshart and Jamie Hince of The Kills surely did fill up the Wonder Ballroom this past Tuesday. Though that’s not to say that Baby in Vain, the opening act touring with the Kills, had nothing to do with the amped up full house. The trio, hailing from Copenhagen, Denmark, were more than fitting as part of the bill. Their broodingly dark and moody sound was enough to evoke the particular type of spirit appropriate for this kind of show. The fact that the group happens to be all female is a bonus. 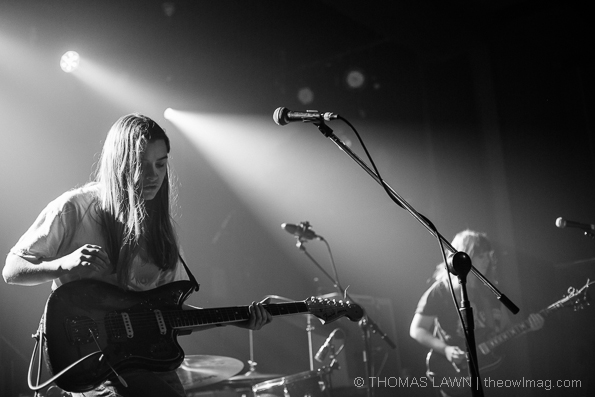 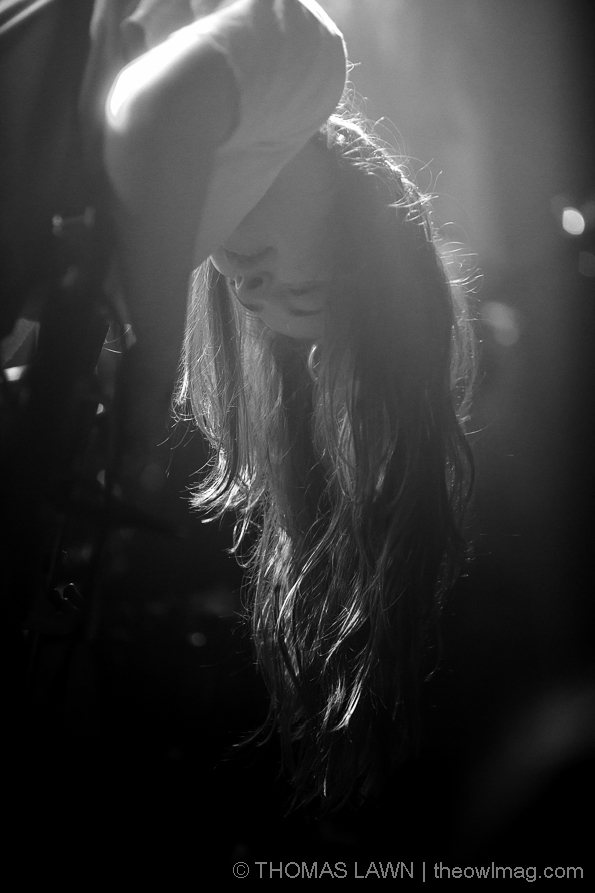 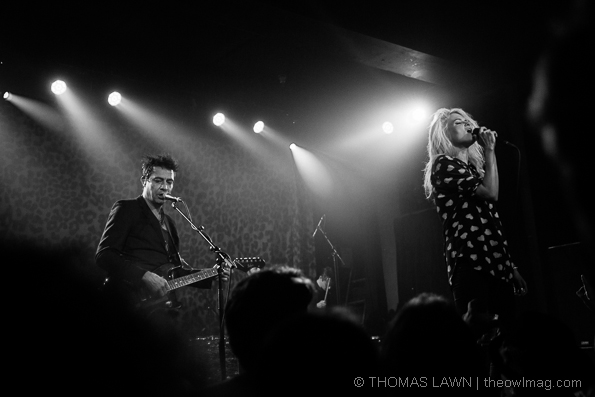 Baby in Vain was amazing, but nothing compared to the dimming of the lights, the appearance of the smoke and the screeching beginning of “U.R.A Fever”. Mosshart slinked onto the stage like a snake in the grass, inciting screams from the crowd. She immediately went to the left corner of the stage and coupled her freshly blonde hair with the wind of the stage fan, a beautiful relationship that will last throughout the show. The best part of “U.R.A Fever” is the distinct way Hince’s and Mosshart’s vocals call back and forth to each other, but during the song and for the rest of the show it seemed like Hince’s mic was either really low or not even on. They followed up with “Future Starts Slow”, which was still less exciting without Hince’s vocals. 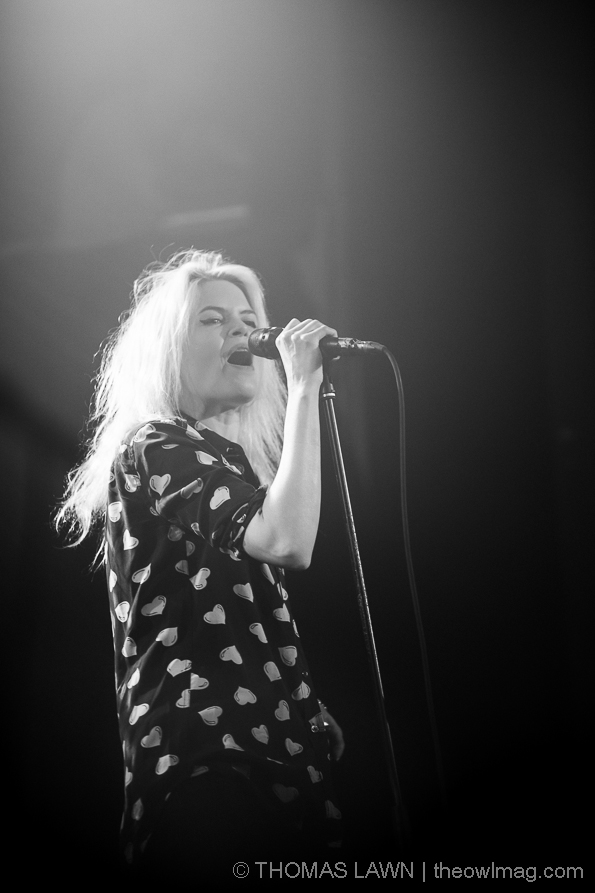 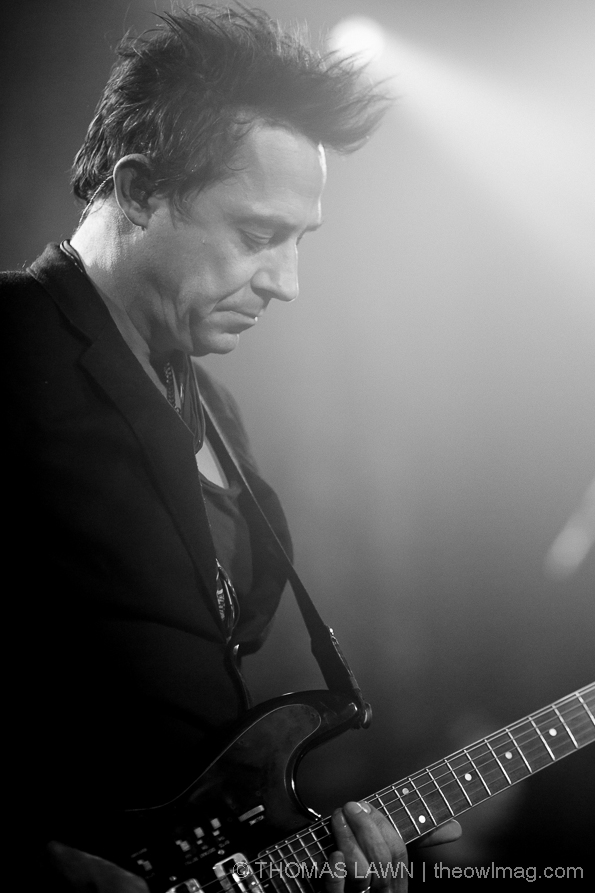 The stage was perfectly set up for them, with a leopard print backdrop that kept changing colors (and kind of matching Mosshart’s blouse) and two creepily synchronized drummers playing slowly behind them as they plowed through “DNA”, off of 2011’s Blood Pressures all the way to “Last Day of Magic”. We all thought they were done when they played “Monkey 23”, but it didn’t take very much convincing from the crowd to get them to come back and do an encore. Not one song. Not two songs…but three songs! The static-y chants of “No Wow”, the pangs of “Sour Cherry”, and ending with their ballad-like “Last Goodbye”. 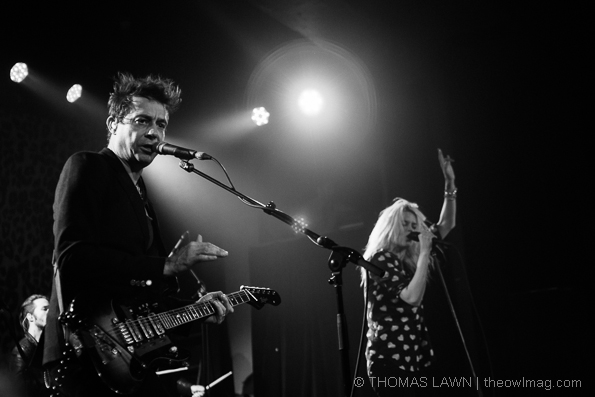 With final cheers, the band said their thank you’s and goodbyes. Alison’s liveliness and Jamie’s statuesque stance contrasted each other for the perfect stage presence. Parts of their performance did seem like they were prerecorded, but probably because they’re just that good at playing together. According to NME, The Kill’s are working on a new album that is supposed to be totally different than anything else they’ve ever done. Hopefully their live shows won’t change a bit. 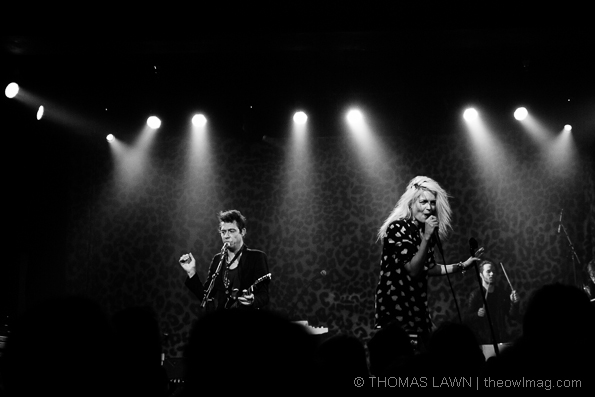