Friday night, Ritzy Bryan, with bandmates Rhydian Dafydd and Matt Thomas, rejuvenated the crowd. This wasn”t 50-60 people, it was over 1,000 crowded bodies, and they were waiting for something big. A couple songs into the set, they got it. 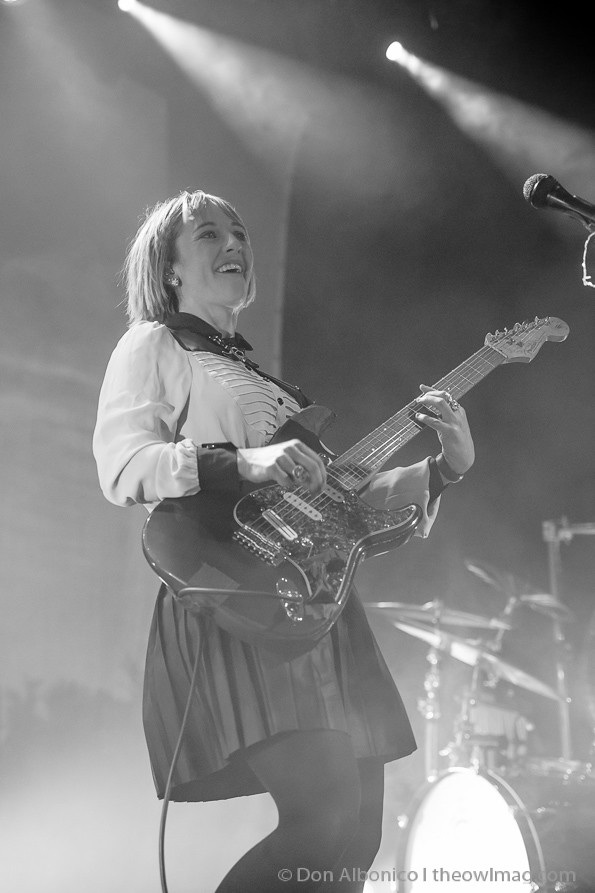 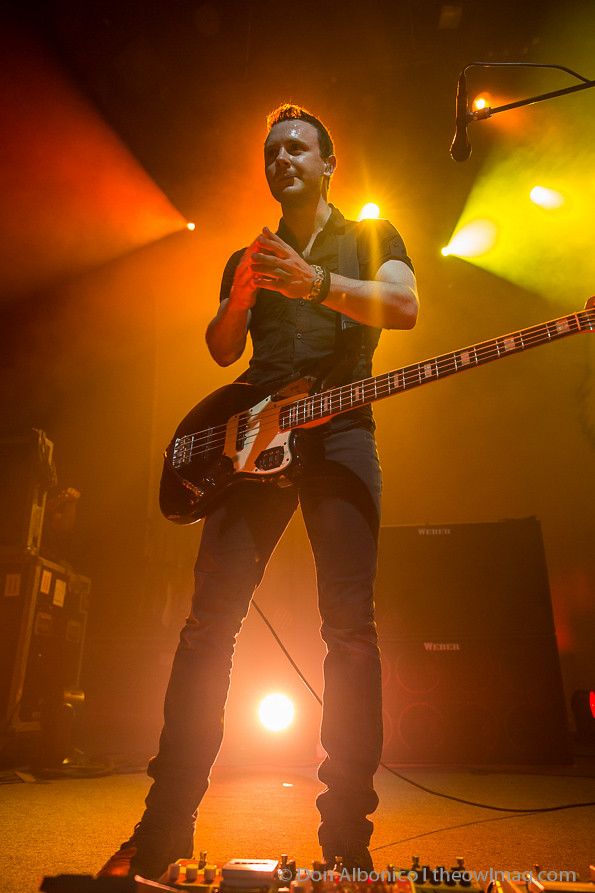 Bryan was a ball of energy, leaping across the stage, never tiring or slowing. Her eerie wide-eyed stare and humongous smile were both scary and exciting to witness. Song “Austere” was a jolt of electricity with the mounting, unfaltering kick drum and Bryan”s pure vocals: “aaahh ahhh ohh ohh.” The audience responded to her with yelps, fists, and devil horns raised high in the air. Next song, “Ladder,” gave viewers a chance to sing and sway to themselves in their own beautiful and introverted ways. This included bearded guys

with glasses who may or may not have come alone. Bodies were jumping and thrashing because, really, there”s no other way to listen to their music. 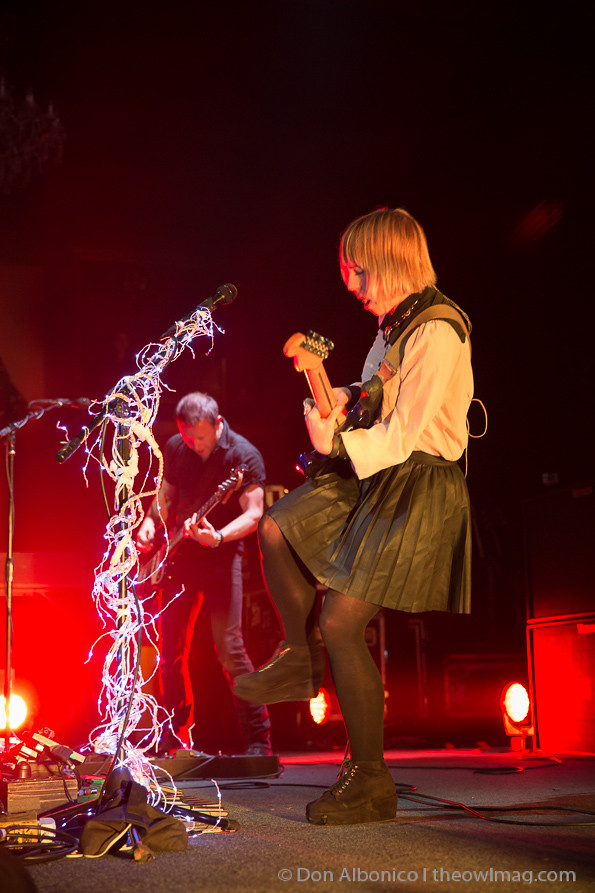 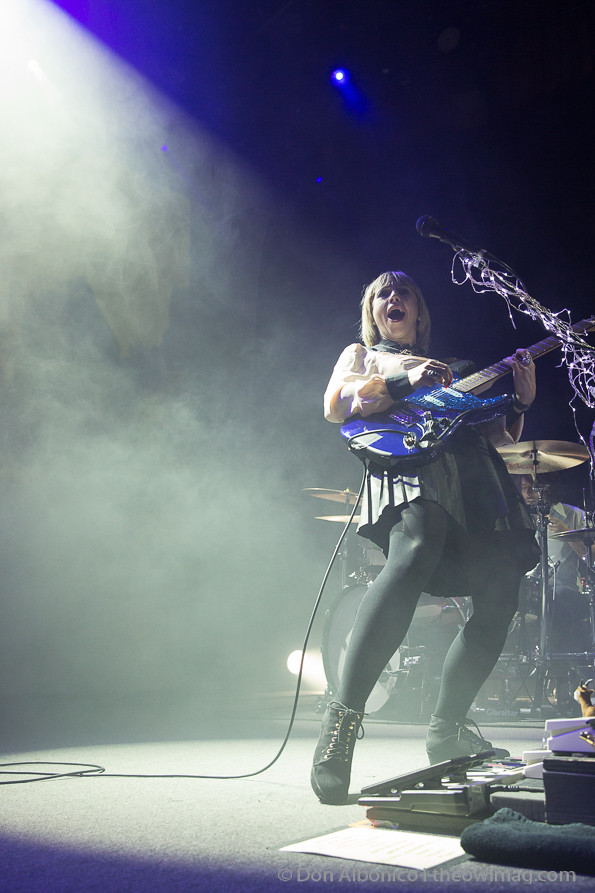 Bryan’s humorous side emerged when a fan threw up a heart sign with their hands, to which she replied “Thank you very much. The first time I ever saw that, I thought it was an asshole.” 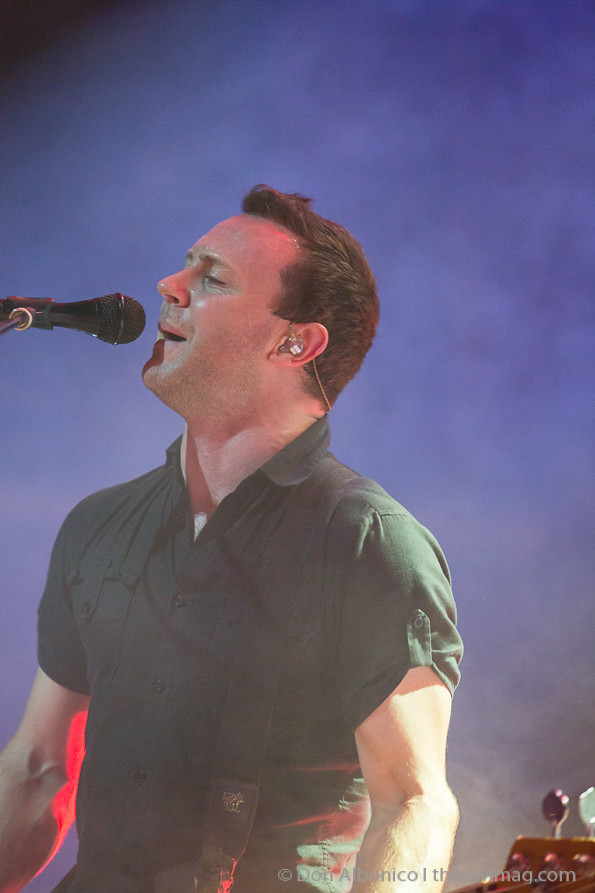 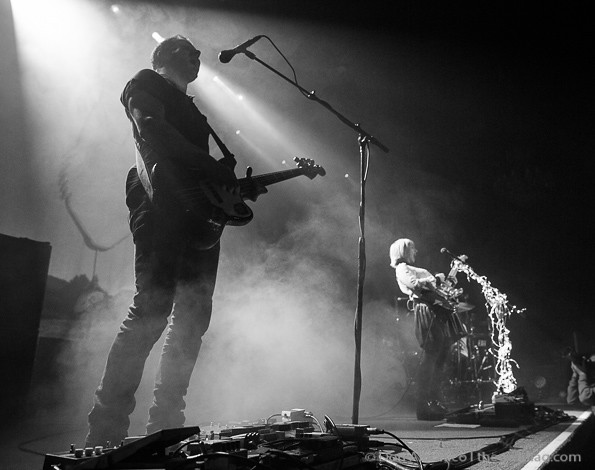 there was no comic relief or happiness with the next song. In “Cradle” Bryan’s smile had evaporated and her once-glowing eyes were now harsh and narrowed. It was here that she was most in tune with her sounds. Suddenly, entirely she became the wolf. Her howls were confessions and all the audience, the priest. 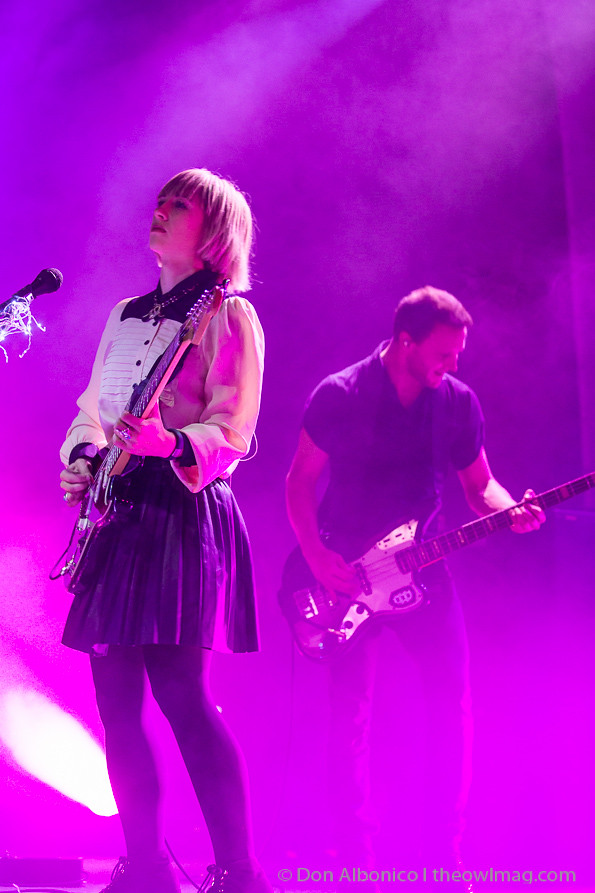 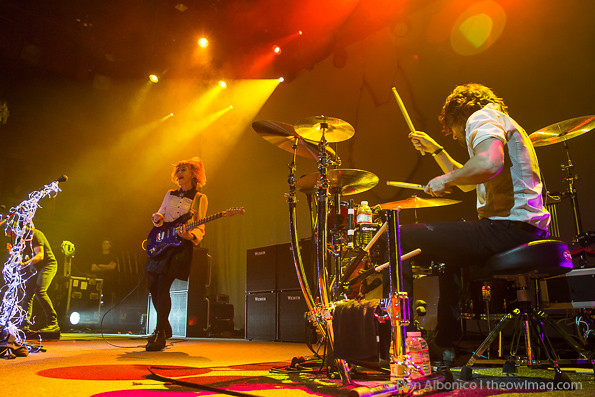 It was a feel-good show, its energy a constant reminder to let go. Bryan didn’t give a shit, and she didn’t want the crowd to, either. The group delivered a powerful and entrancing reality for just over an hour, and fans were more than satisfied. She may be small, but she certainly delivers one hell of a punch. 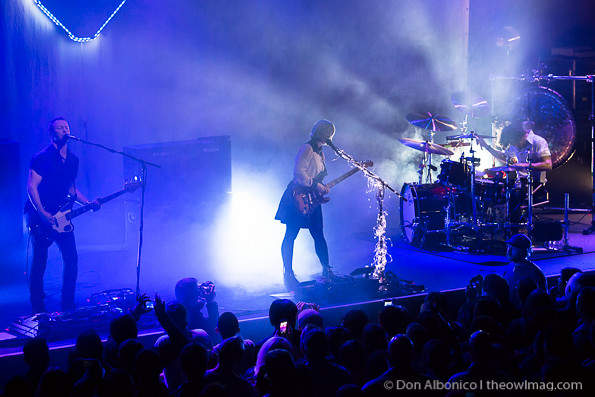 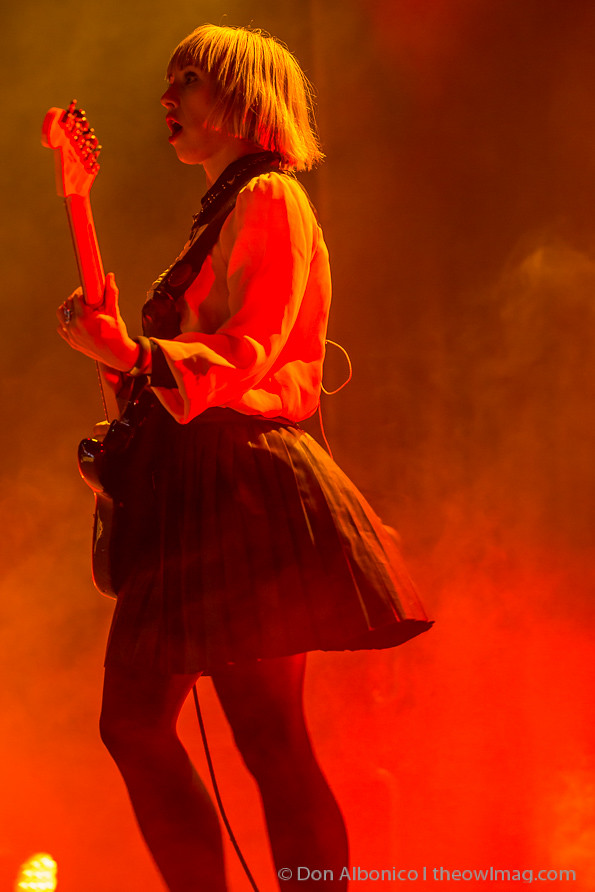