The El Rey theater was about half full when White Arrows took the stage. Their dreamy psych-funk connected well, despite the fact White Arrows like to keep their stage mysteriously dark. The gazy feel they brought to their songs made their set feel different than a rock gig. Instead, the music and the ambience became bigger than the band, and the majestic theater became a dreamspace that had filled to capacity by the end of their set. Near the front, they had a fanbase that was vocal and energetic. Those fans were pulled onstage by the band to dance for their strong closing number, “City Boi.” 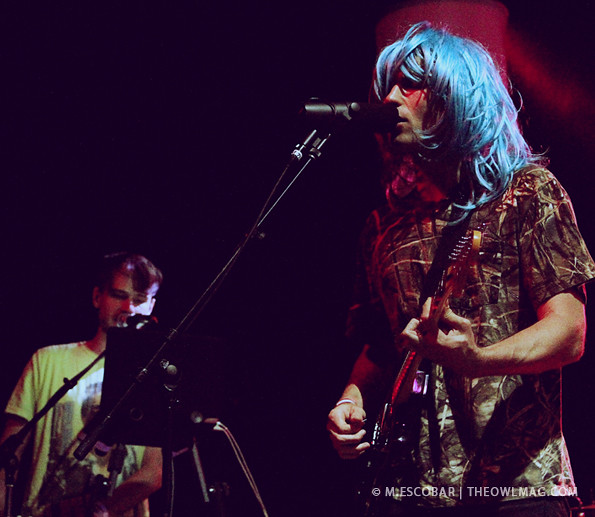 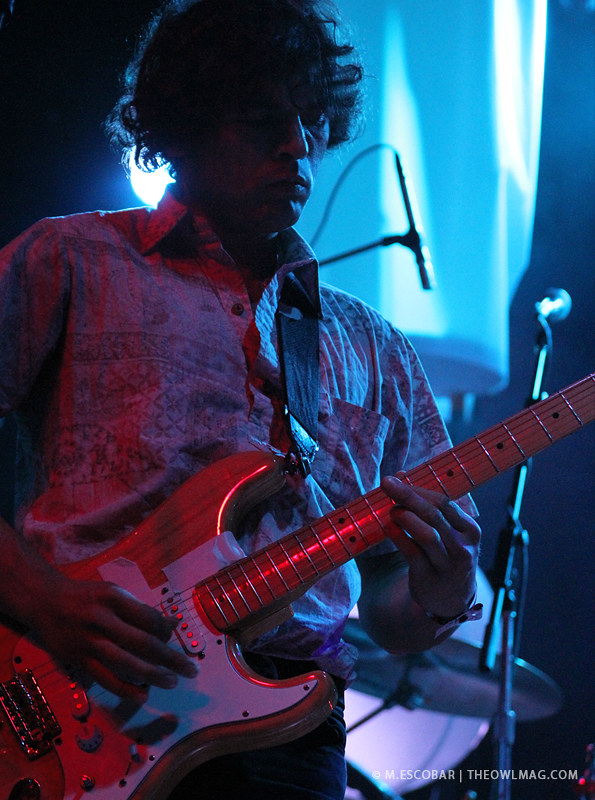 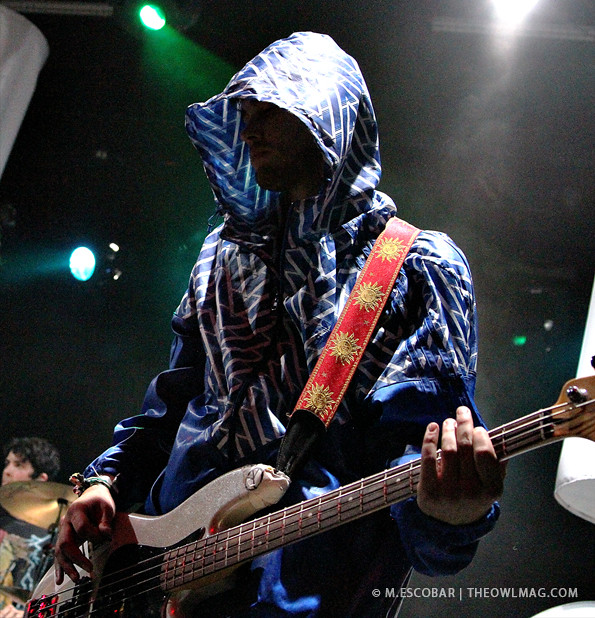 !!! kicked off their set right in “hard, intense dance party” mode, and stayed in that gear all night long. The Sacramento six-piece sounded like a straight up funk band, but it’s not the funk your parents dance to at weddings; it was something darker, stranger, more dangerous. Instead of celebratin’ good times, !!! felt like they were dancin’ through bad ones. Like White Arrows, their set also felt different than the norm — it felt like a party in spite (or because) of the end of the world. Singer Nic Offer toed the front of the stage from the get-go, and kept his hips shaking the entire set. He had the audience in his hands, and they had him in theirs, as well. 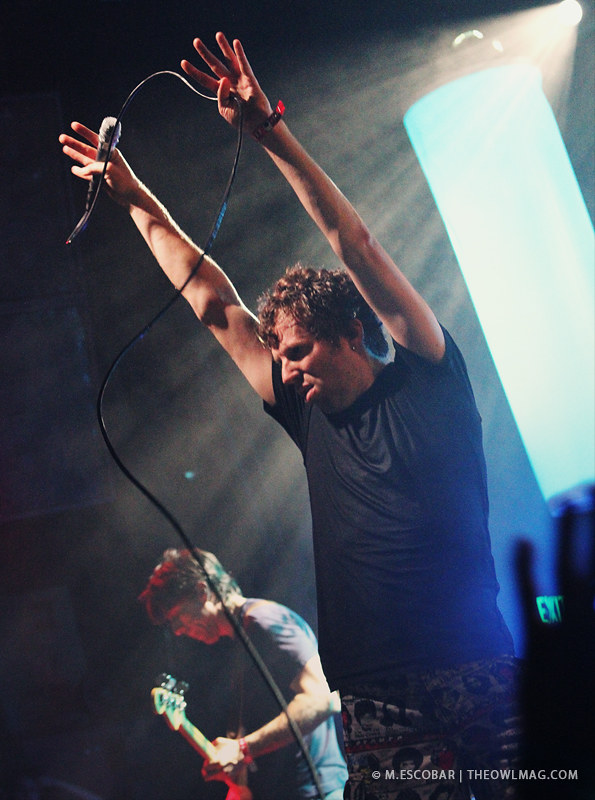 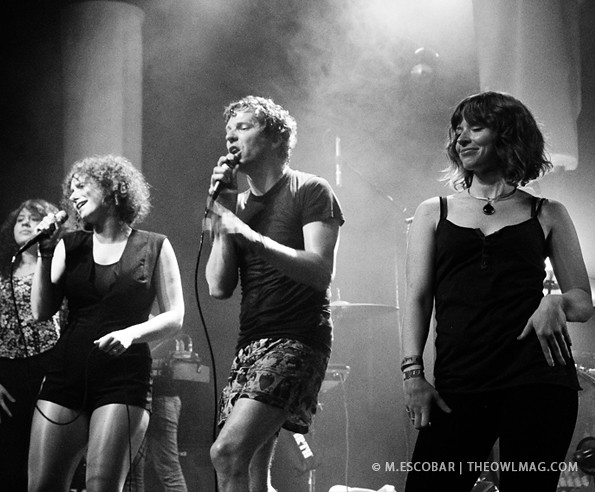 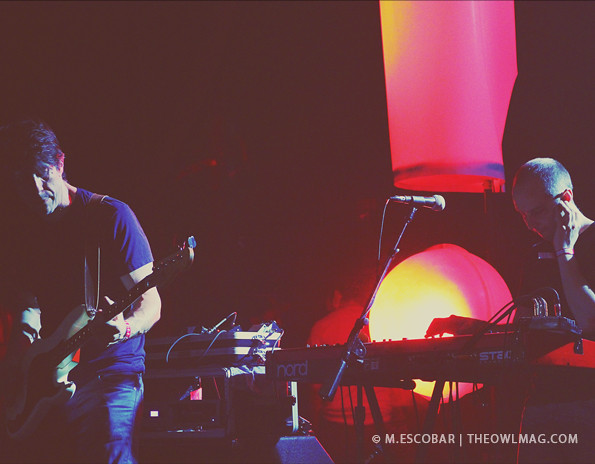 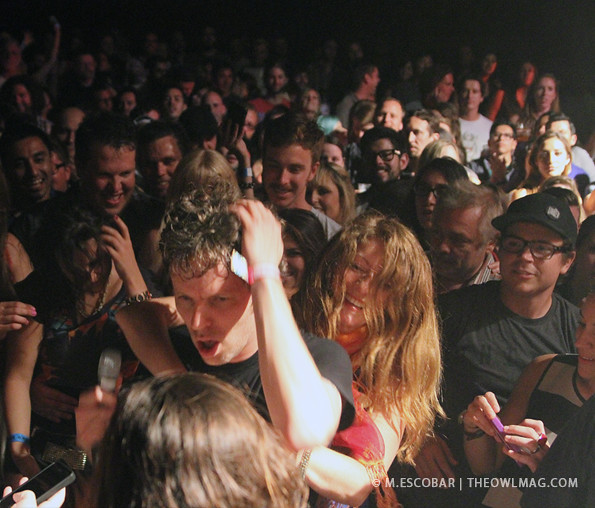 “Sweetie, you are too needy!” Offer had to warn one excited fan who was a little too grab-happy during his first of three trips into the crowd. Bassist Rafael Cohen and drummer Paul Quattrone were the band’s driving force, holding the rhythm down while guitarist Mario Andreoni kept it funky, even occasionally dipping into Curtis Mayfield-esque “wiki-wiki” territory. Quattrone switched from live drums to an electronic drum pad to start “Careful,” and the band lost a bit of its energy because of it. He finished out the song back on the drum kit, though, and the whole song managed to connect the new school with the old. During “One Girl/ One Boy,” a female vocalist who’d appeared earlier during “Except Death,” came back out with two backup dancers, and did an awesome synchronized dance routine. Unfortunately, the guitar cut out during their first encore song, “Yadnus.” They got it going again to close things out fantastically with “Intensify.” The whole theater had become a hot, sweaty dance party, and !!! lived up to their name. 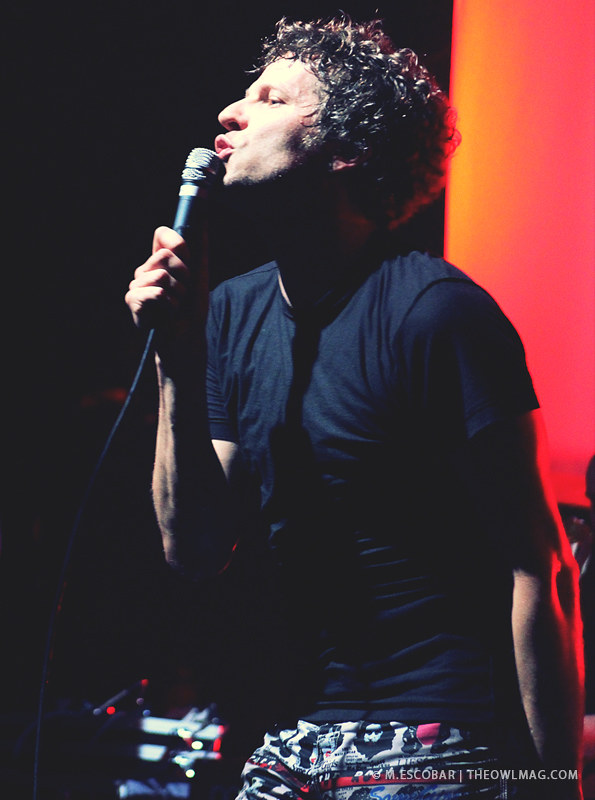 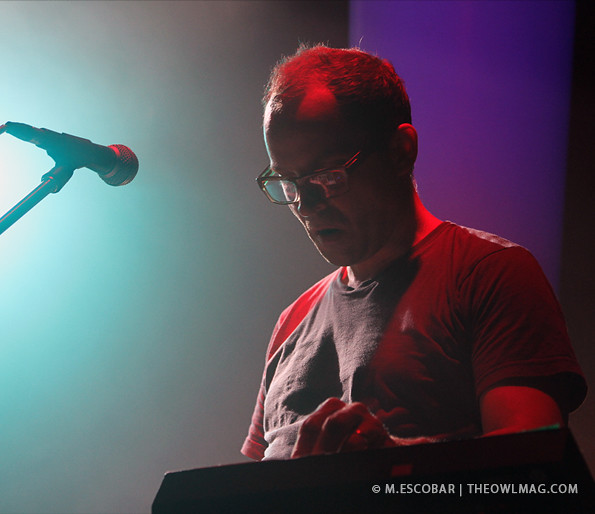 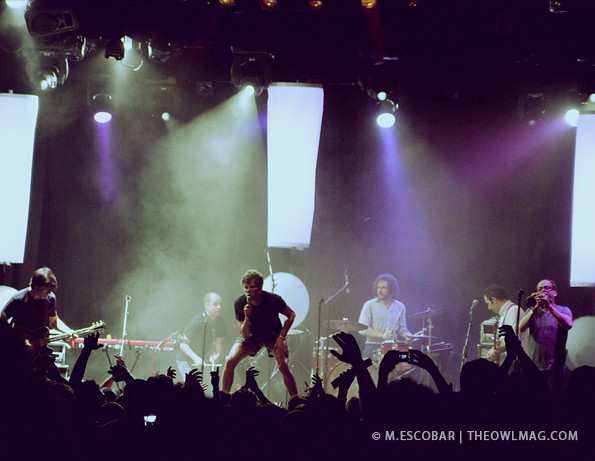 Setlist:
Get That Rhythm Right
All My Heroes Are Weirdos
Califnorniyeah
Jack Ruby
Except Death
Byron
Careful
Slyd
One Boy/ One Girl
Jamie, My Intentions Are Bass/ Me and Giuliani Down by the Schoolyard
Heart of Hearts
Yadnus
Intensify