LIVE REVIEW: The Beach Fossils + Robots at the Academy of Sciences, SF 3/26/15 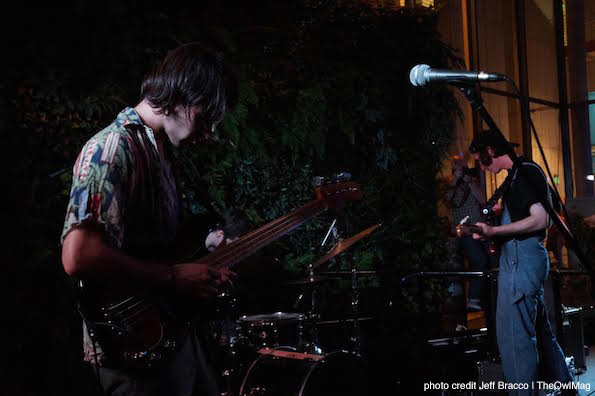 It was a bad start for the Robots when our GPS told us we were 17 minutes from our destination, but were actually directly in Front of the beautiful California Academy of Arts and Sciences building.  Robots 0, Humans 1.

The Nightlife series at the academy is always a ton of fun.  They do a great job pairing excellent food, drinks, and music with their dazzling exhibits.  It usually sells out, and Thursday night’s “Robot” show was in high demand. R2D2 was in the house, charming the patrons, Robots were battling each other, triggering fantasies of the 12 year old boy in all of us.

But the real reason we were there was for The Beach Fossils.  We cover the Brooklyn based band whenever they come to town.  Their hazy mix of pop and punk make for a rowdy rock show.  We wondered if the beautiful rain-forest cafe would detract from the energy that they usually bring, and it kind of did, but it didn’t matter. The crowd still got loose, especially upfront, and the sound was better than anticipated. “Careless” set the tone, and it’s impossible to stay settled when the guitars start squealing.  During “Clash the Truth” front man Dustin Payseur jumped into the audience and was mobbed. People were jumping and bouncing into each other with Dustin in the middle. “Daydream” sounded awesome. 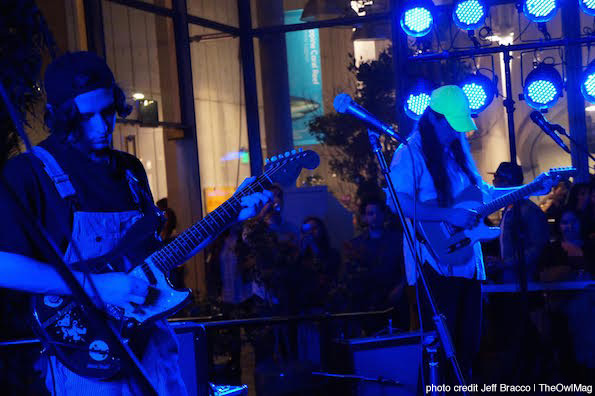 The band seemed grateful to be in SF (Brooklyn was still covered in snow when they left), and everyone seemed happy to be in the beautiful venue even if it wasn’t wildest show, it still made for a memorable experience. Plus we got our picture taken with R2D2.