Saturday’s show was reportedly Tamaryn’s last live performance for the foreseeable future and what better way to temporarily bid farewell to a packed house at The Chapel than to deliver a performance that left Tamaryn supporters yearning for more. Immediately, through the brooding and imposing cadence of the floor toms and the otherworldly light projections illuminating The Chapel’s vaulted ceilings, Tamaryn established a poignant tone that signaled the beginning of a lovely hazy dream. The band has a way of effortlessly constructing an alternate world through their shoegaze aesthetic – Rex John Shelverton’s guitars provided the framework for their wonderland and Tamaryn’s vocals enticed us through the looking glass and got us to wholeheartedly commit to paying them a visit for their twelve song set. 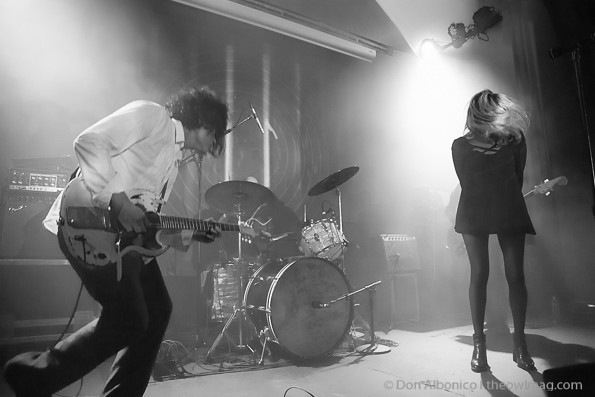 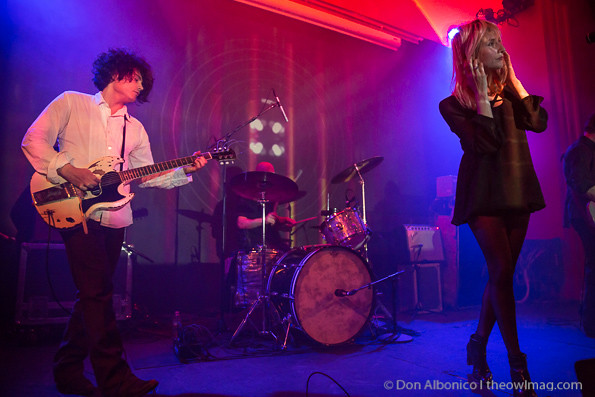 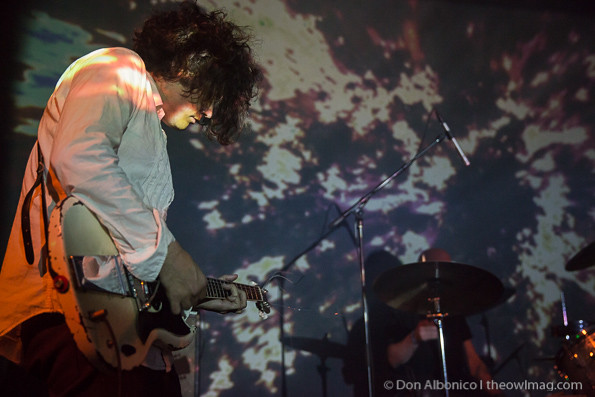 “Haze Interior” off 2010’s The Waves lulled in the dark against blurry images of clouds as Tamaryn’s vocals whispered life into the slow churning guitar progressions. The band’s performance of “Heavenly Bodies” embodied shoegaze in its finest hour where melodies bend, contort, then flourish perfectly with a tempered yet emotional vocal delivery. It was clear that the band’s front woman felt more comfortable blending into her darkly lit environment. With the exception of a bouquet of flowers that Tamaryn used as a prop to coyly hide her face during her performance of “The Garden,” she did little to draw attention to herself. It was equally clear from witnessing the band’s live performance that they value the addage “sometimes less is more.” There was no overt showmanship. But the band’s minimalist approach spoke volumes by not detracting attention away from the beautiful wall of sound emanating from the stage. The tempo picked up slightly toward the middle of the set with a rhythmically heavy version of “Love Fade” and people around us started swaying from side to side. Both “Love Fade” and “Prizma” had more structured arrangements and fuller rounded-out sounds than the other tracks the band performed incorporating pronounced percussion and melodic guitars that shared a common sonic border with dream-pop. 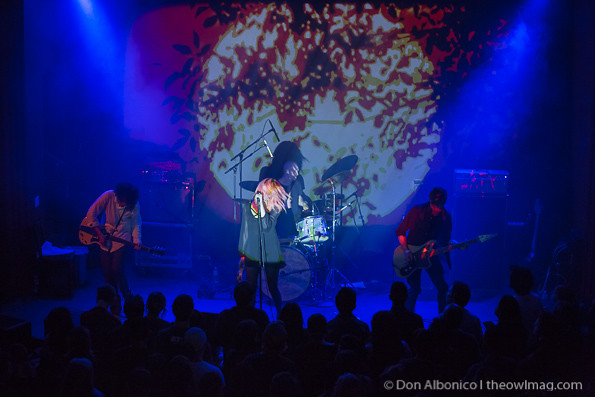 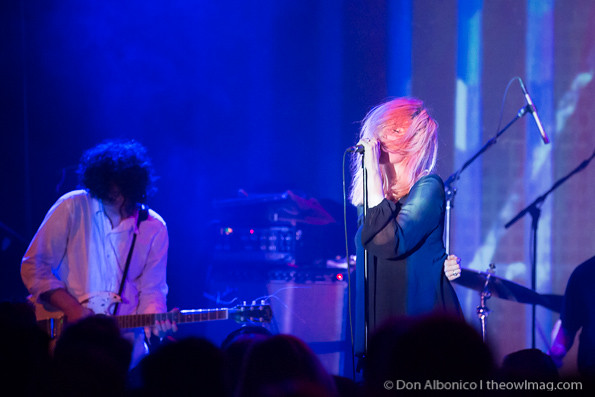 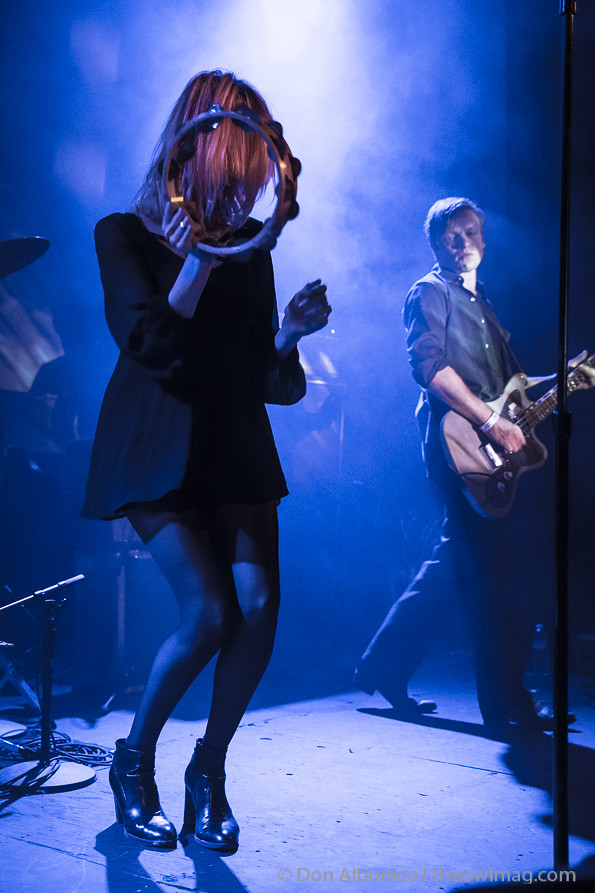 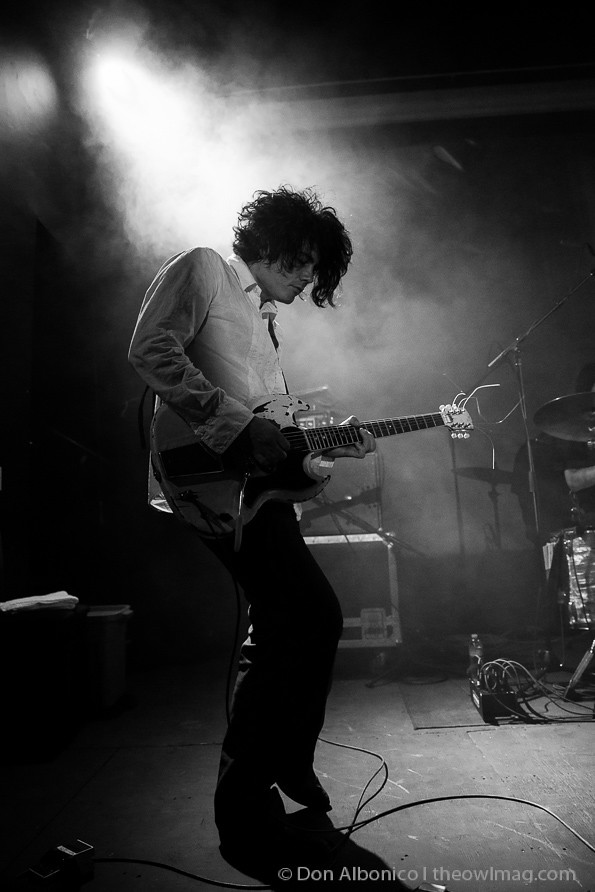 Just as quickly as we were pulled into the world of Tamaryn, our adventure through the looking glass concluded with “The Waves” and, appropriately, with “I’m Gone.” And just like that, Tamaryn withdrew into their creative lair to dream up new worlds for us to enjoy and new sounds for us to bask in. 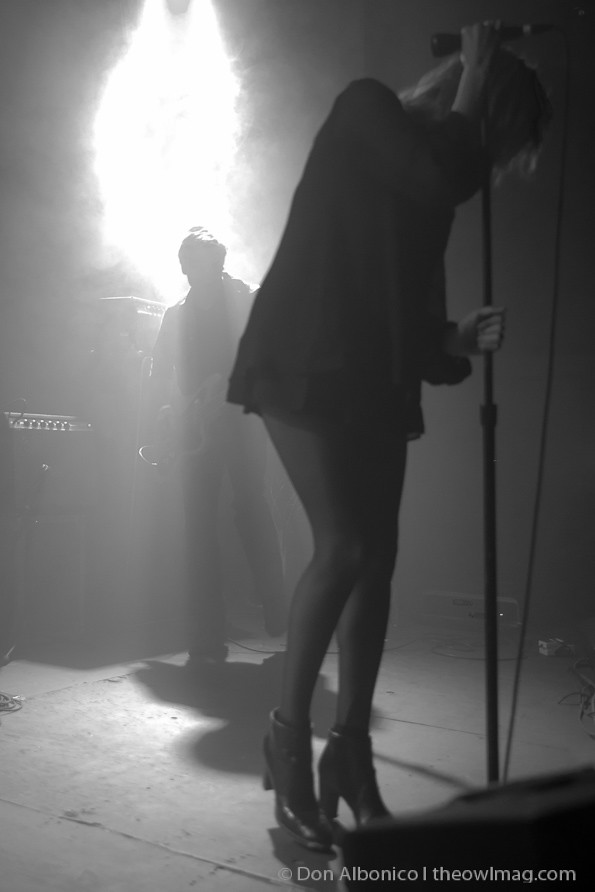 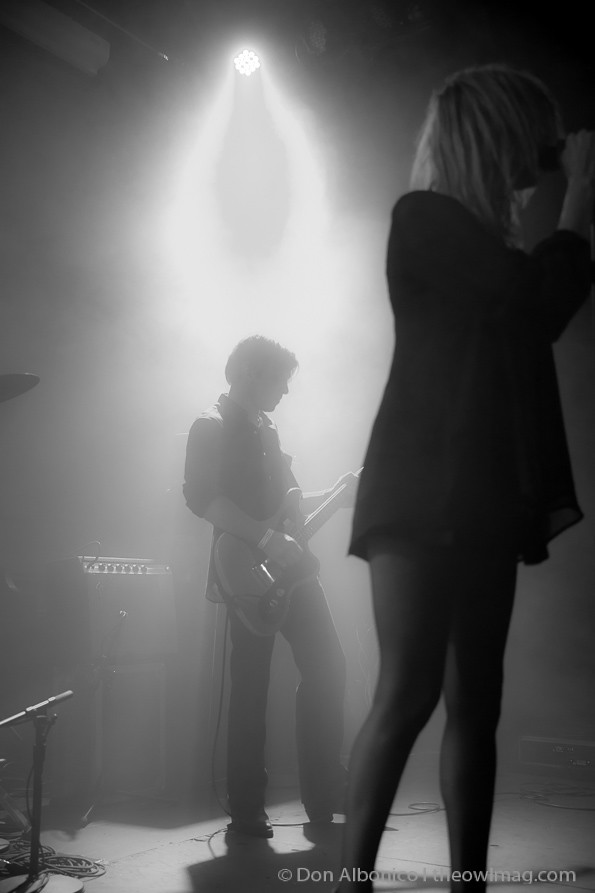 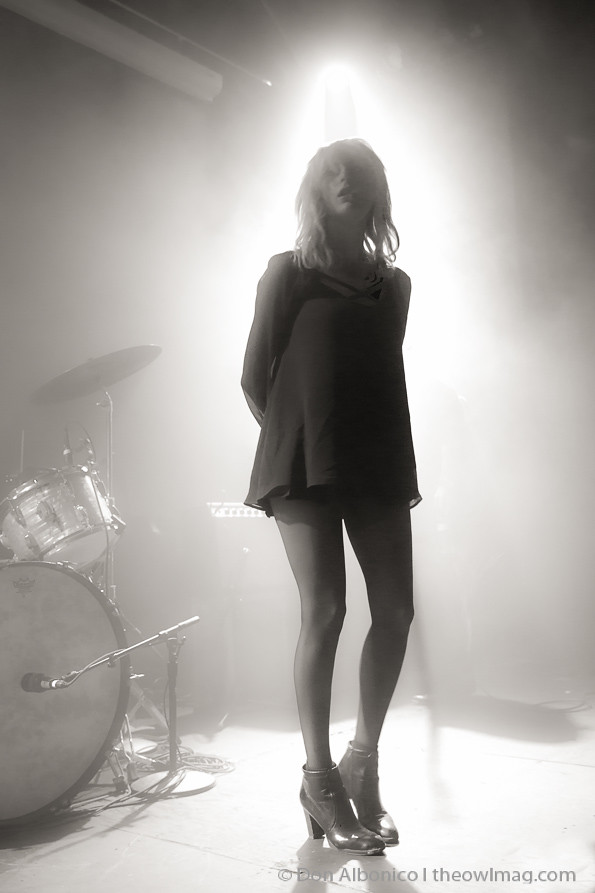