It isn’t often that bands name themselves perfectly. More often than not, fans find themselves wondering, “Why on earth are they called that?” But English musician Jason Pierces’ choice of the moniker Spiritualized is the perfect description for this band, whose gospel tinged, psychedelic pop-rock tunes transform any space they’re in. 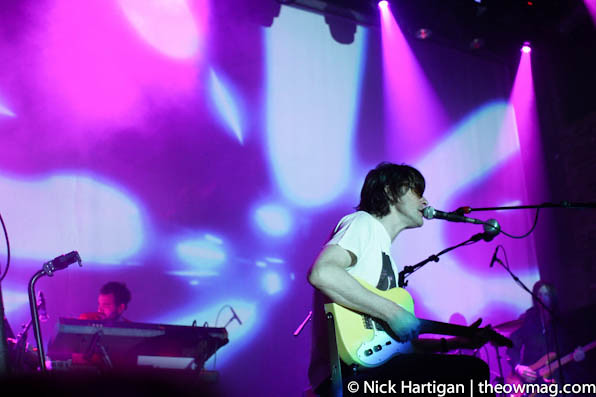 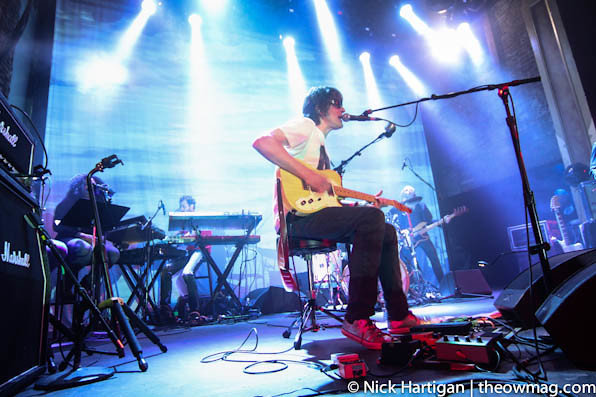 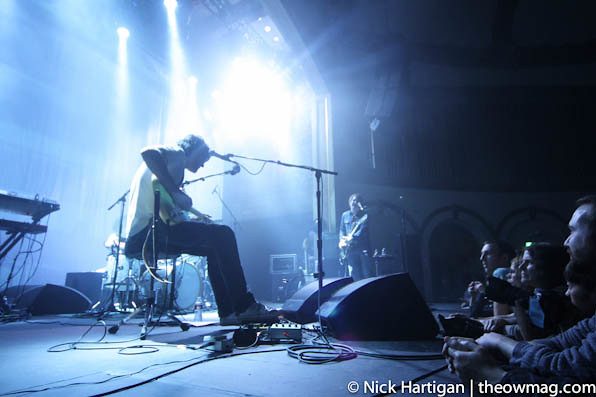 It was fitting that Pierce sat the entire time and didn’t say a word, letting the music speak for itself. It also felt right that they performed without an opener. When Pierce arrived on stage (20 minutes late), wearing sunglasses and bringing six band members along with him, fans began chanting “Spaceman” his alias originating from his first band, Spaceman 3. 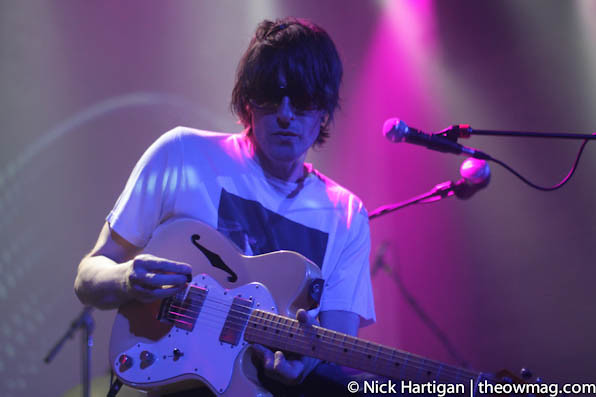 The set began with “Here it Comes” and quickly pulled out the big guns, the back drop lighting up and turning into a Technicolor highway. 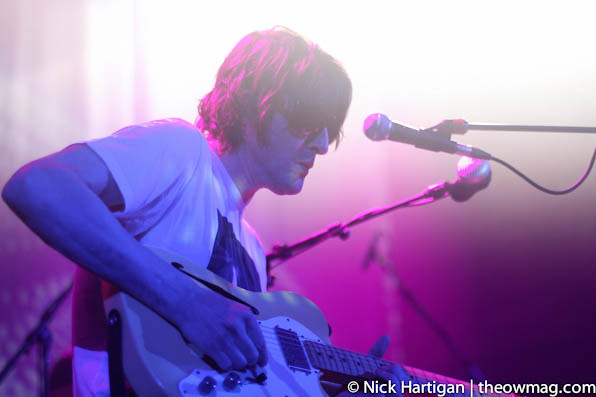 Next was hit “Hey Jane” off the bands latest release Sweet Heart, Sweet Light. The nearly nine minute song has an even fuller live sound, and Pierce”s grounded vocals were highlighted by the ethereal of two backup singers. The previous song warmed the audience up, but “Hey Jane” set the stage for the rock show to come.

After was “Shine A Light,” a perfect example of Spiritualized’s gospel quality. Pierce, who has had two close brushes with death throughout his music career, writes songs filled with both desperation and hope, most of which have biblical undercurrents. A woman in the front row of the balcony danced with her hands waving wildly, almost church-like in the air. Where this would have been annoying in other shows, it worked here.

Spiritualized continued, playing through old and new songs, as the background mutated from stars, to lava, to calming ocean waves. Fittingly, nearly every

song ended in drawn out instrumentals, guitar and drum solos, and a wash of blindingly white light. 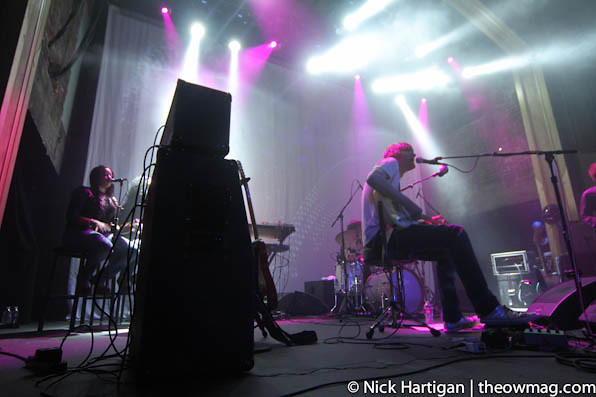 One of the highlights came when Pierce played “Freedom,” singing “Freedom is yours if you want it/ But you just don”t know what you need.”

People often say that music is their religion or shows are their place of worship, but it’s evident that this is really the case for Pierce who lays himself out for the audience and asks his

fans to join him.

The show ended with the affirmation that despite Spiritualized’s high points in the “90s, they’re not going anywhere anytime soon.