After thirty years of touring, Japanese female punk trio should be a nostalgia act like most bands that last three decades. Instead, they seem to have arrived yesterday. If the audience wasn’t mouthing the words to every song, you wouldn’t know that they weren’t brand new. 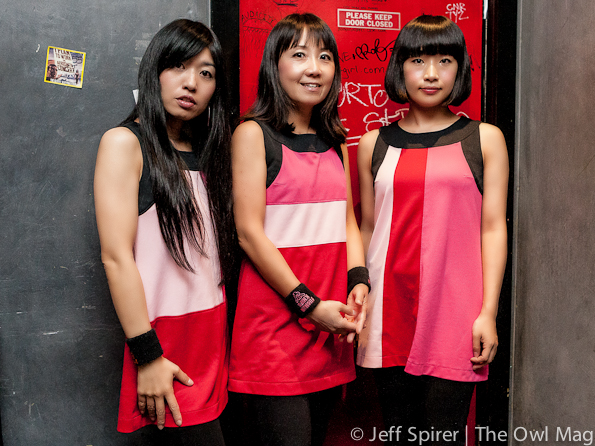 In a pre-show interview, we asked Naoko Yamano how she keeps the band sounding so fresh, and she said she just looks forward. We also asked what she thought about on stage and she said “the audience.” And it was true. The band puts tremendous energy into performing and making sure everyone is having a good time. No on-stage attitude, distance, or ennui, Shonen Knife played with the enthusiasm and energy of a band that just got its first gig. Even more amazing, Naoko told us they had spent ten hours that day driving from Portland. 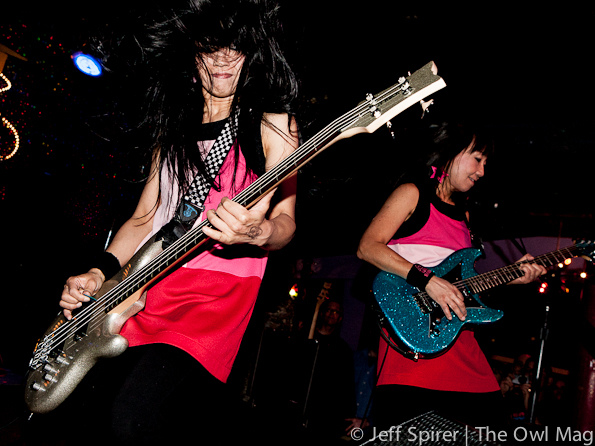 The sound is reminiscent of The Ramones, and it’s no surprise they also play under the name Osaka Ramones and put out a cover album of Ramones songs. At Bottom of The Hill, they chose “Blitzkrieg Bop” as their Ramones cover, and owned it while playing true to the original. Many of their songs have a similar sound, although they played four from their most recent recording Pop Tunes, which have a somewhat more tuneful feel. 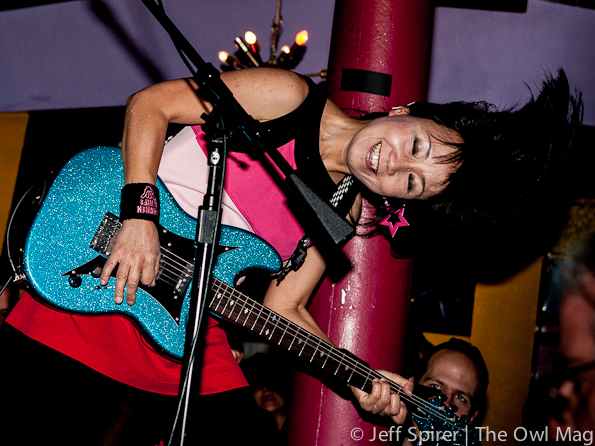 It’s hard not to keep returning to their stage presence. Bassist Ritsuko Taneda could have been DeeDee Ramone with her jumps and poses. Drummer Emi Moromoto had the biggest smile as her head bounced back and forth behind the kit. And Naoko and Ritsuko rocked back and forth synchronously at times, almost throwing themselves into the audience. 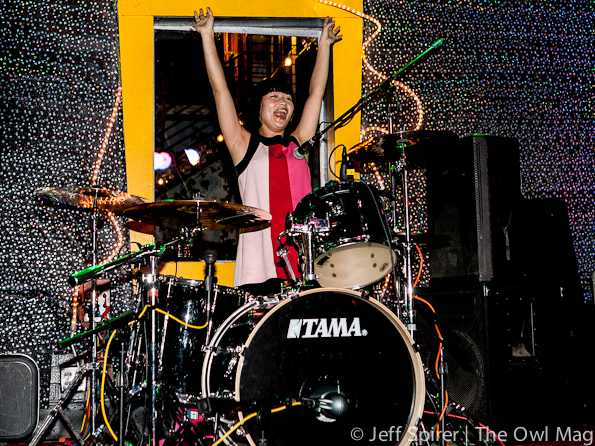 The band played close to twenty songs, including a three-song encore, in a set that lasted close to an hour. In keeping with punk tradition, the songs were tight with very little dead time. There were breaks when Naoko talked, the band thanked the audience, and introduced a few songs. In a completely memorable introduction to the song “Rubber Band,” which, like many Shonen Knife songs, is about things most songwriters wouldn’t even think about, Naoko pointed out that they were giving away a free rubber band with each poster at the merch table. And that simple humor reflected every musical moment of the show. 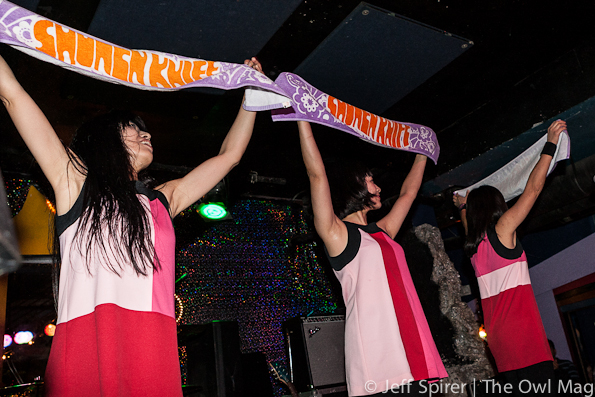