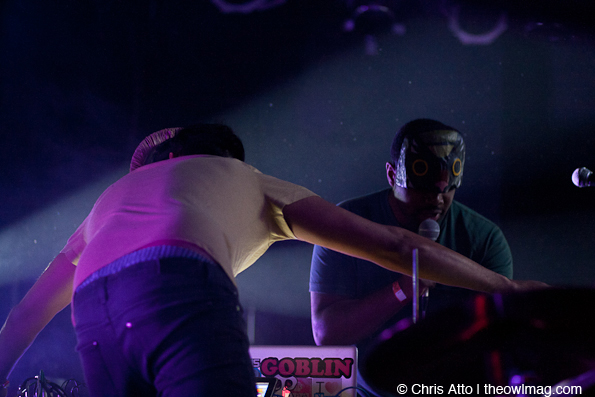 This past Friday night, I made the drive from Detroit to Chicago to catch SBTRKT at Bottom Lounge. His self-titled album has become one of my favorites of 2011 and I knew that I had to catch the live interpretation. The half-masked SBTRKT and the also half-masked vocalist Sampha took to the stage around 12:15am and immediately had the crowd under their control. The multi-genred album came to life on stage with SBTRKT alternating between computers and a drum set while Sampha, whose vocals sound even better live than on the record, provided some assistance on keyboard while dramatic lighting swirled from behind. The live drumming added a really unique element and every song sounded far bigger than its recorded version, and the crowd responded appropriately. 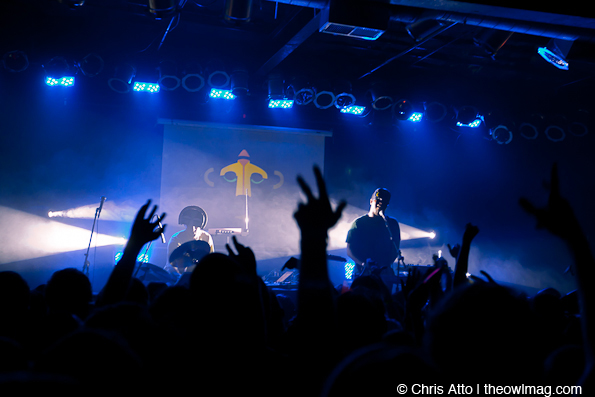 It’s typical at a show to see the front few rows dancing and the rest of the crowd casually bouncing their heads, but on this night, the entire room was giving it their all. And with beats like those, it was nearly impossible not to dance your hardest. I may be a little biased, but I’d mark this as one of my top 5 live sets of the year. Which is why I could only manage to take the few pictures seen here before submitting to the beats for the rest of the night. In summary, I can’t wait to see SBTRKT again and have another dance party for the ages.