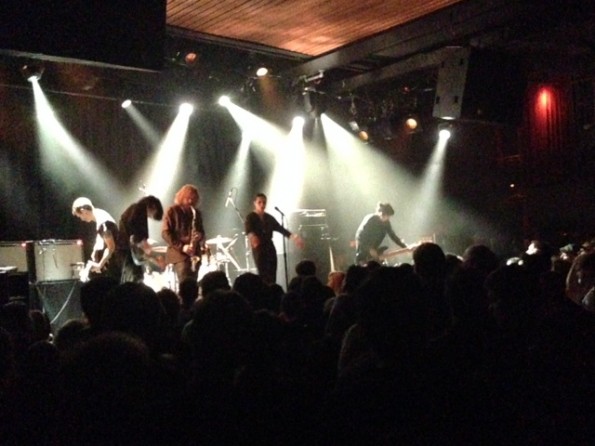 Savages ripped through San Francisco for two sold-out shows at The Independent this past weekend. The ladies from London have had a huge year with their breakout debut Silence Yourself and the anticipation for the band was intense. They took the stage edgy and glamorous in all black.

Lead singer Jehnny Beth growls with a heavy London accent (though she’s actually French), she looks like the love child of Siouxsie And The Banshees and Ursa from Superman II with her close cropped hair and red lipstick. She even wore the fierce all black v-neck jumpsuit with beige heels.

The crowd was into it from the beginning, but by the time they played “She Will,” the place was going bonkers. “Shut Up,” “No Face,” and “Husbands” were highlights. The audience gave as good as they got and seemed to inspire the band. “You guys are fucking awesome,” Beth screamed. The band smiled amongst themselves, pleased with the reaction, and the crowd mashed into each other with reckless abandon. As the Brits might say, it was a proper wobbler.