The last day of Sasquatch brought the rain we had all been dreading. Yet despite the downpour, Monday provided a series of impressive acts.

Rhode Island band Brown Bird warmed things up at the Yeti stage with their jangly folk. Americana man Ryan Bingham took the main stage next and got people dancing. Whether it was because of the rain or the excitement of day four is uncertain, but more people than usual seemed to be jigging along to this country focused artist.

After Bingham is when problems started hitting the main stage. Azealia Banks cancelled, leaving a gap in the lineup to fill. Imagine Dragons came on next, an hour late, and left us sitting in the rain wondering if we were actually supposed to imagine dragons. After dipping away for much better sets, we came back to find a huge crowd of people in the pit moshing to “Radioactive.” Needless to say, it was a pretty terrifying scene. Aside from their radio hits, Imagine Dragons’ tunes weren’t that catchy, and their over the top version of a Kings of Leon sound was not fun to watch.

Luckily, other stages were abounding with talent. Elliott BROOD played an upbeat, folky set on Yeti, while Cody Chesnutt put on his blue hard hat and added some soul to the day.

The best up until this point of the day was Dirty Projectors. This unique group kicked things up a notch with their ear catching vocals and offbeat melodies. Their stage presence was captivating. Dirty Projectors offered a nice compromise between the folk heavy day and the indie to come. They wrapped things up with “Useful Chamber” a seven minute, never-ending, gem. 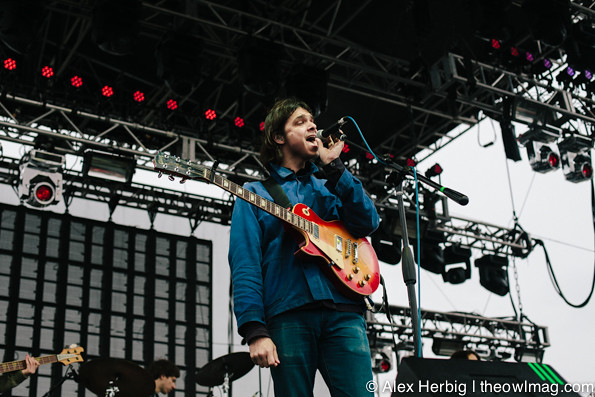 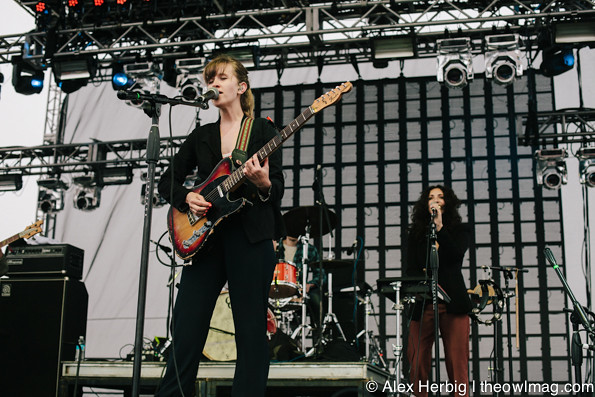 Toro y Moi took over the dance tent next and everyone flooded there, thankful for a break from the rain. His live performance was completely on and the audience danced along or gazed at their shoes. Toro actually benefited from the rain since the shelter provided with his set made it even more enjoyable.

Twin Shadow performed his retro hits donning a knee length jacket and bleached hair. The entire band looked as if they had just arrived from space, and the set also felt space like.

Alt-J took the stage next, and drew the biggest crowd to Bigfoot this owl has ever seen. People packed in to get a little closer to the British bigwigs. After seeing Alt-J a few months back and feeling underwhelmed, I was ready to be blown away, and they did just that. A perfect set order, tight sound and intense lighting, made for a perfect evening set. 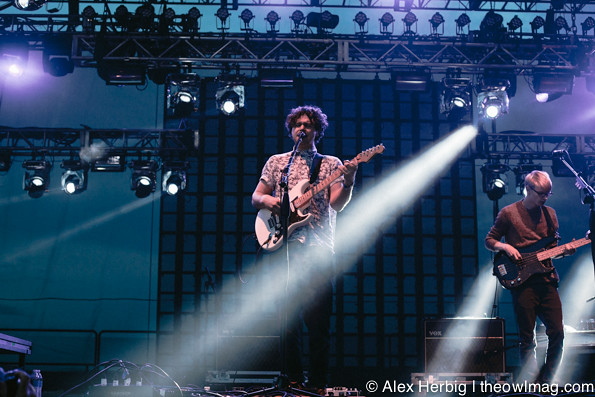 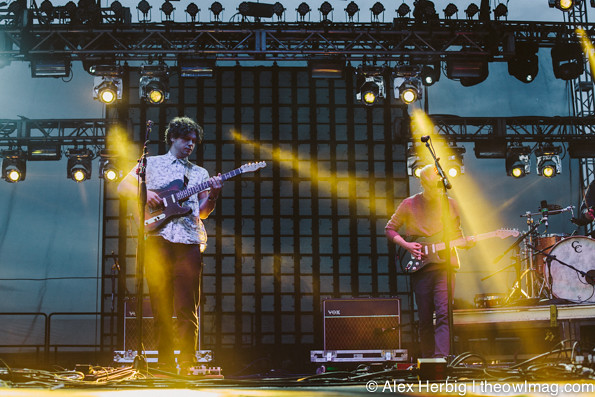 Back on the main stage, overnight sensations The Lumineers played a heart warming set as the rain began to clear. Their stage setup included hanging chandeliers and soft lighting. Both Alt-J and The Lumineers put on fantastic shows and having to split time between the two of them turned out to be the hardest decision of the weekend. 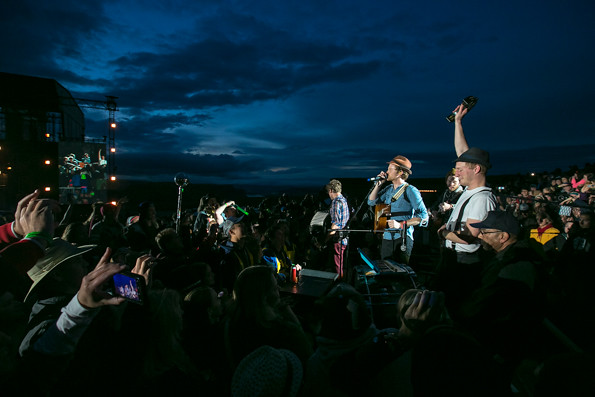 By the time The Postal Service took the stage (what this Owl had been waiting for all weekend), the sky had cleared and the rain was gone. This performance was what many people had been waiting for, and the band certainly delivered. Tracks on Give Up translated extremely well to a live stage, the bass heavier, the instrumentation more developed. The group started out with “The District Sleeps Alone” and ended with a crowd sing-a-long of “Brand New Colony.” 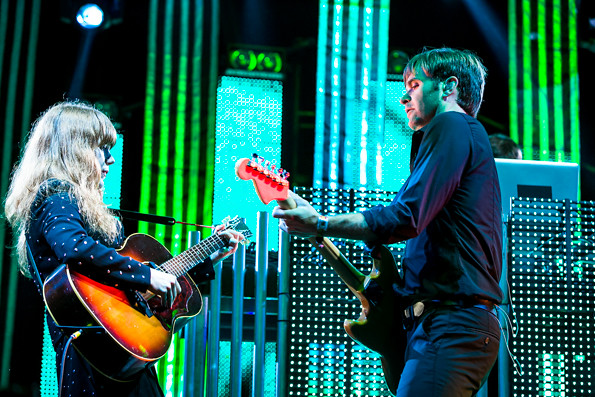 As everyone shuffled out like sheep, high off The Postal Service, random shouts of joy ran through the crowd. Between the diverse lineup, entertaining attendees and not too horrible weather, Sasquatch! 2013 proved to be a success.